ANALYSIS: Accidents are not the only threat to safety

If a large number of passengers and crew die on a commercial airline flight because of an event that was not an accident, is it valid to exclude it from airline safety statistics? After all, passengers boarding a flight want to be assured their lives are not at risk from any cause.

This is a particularly apposite question to apply to airline losses in 2014, when a total of 969 people died while travelling on commercial airline flights.

One of the crashes, Malaysia Airlines flight MH17, was not the result of an accident: the Boeing 777 was shot down in July above a conflict zone in eastern Ukraine by a ground-launched guided missile, and all 298 people on board were killed. Another Malaysia 777, operating flight MH370 from Kuala Lumpur to Beijing, went missing in March with 239 people on board and still has not been found. If MH370 also turns out to have been a deliberate act, rather than an accident, the accident statistics for 2014 suddenly look dramatically different – instead of 969 deaths, accident statistics would show a total of only 432.

But if that proves to be so, is it a valid decision to exclude all 537 deaths on the two MH flights from airline safety statistics? Aviation insurers would say yes, because they need to know whether the payout comes from their war risk or their accident losses purse – but those who lost friends and family are just as bereaved, whatever the cause.

Accidents are mishaps caused by circumstances that conspire to cause damage to an aircraft and/or those on board. Deliberate acts intended to cause such damage are, by definition, not accidents – but when they occur they are often the cause of death. Are the airlines and air transport industry responsible for foreseeing – and thus preventing – deliberately hostile acts, just as they are responsible for working to reduce the risk of accidents to the lowest possible level? 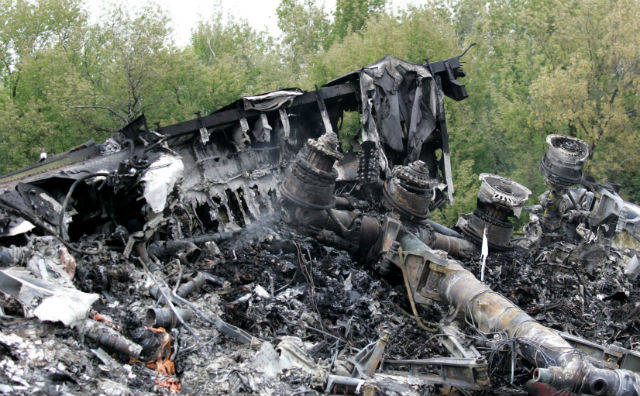 Passengers are all too familiar with the security measures at airports and on board aircraft designed – particularly since the terrorist attacks in the USA on 11 September 2001 – to prevent hijack or sabotage.

But how is an aircraft being shot down to be prevented? Israel-registered commercial airliners, and some VVIP aircraft, have been fitted with missile countermeasures – but the rest are not thus equipped. However, most shoot-downs occur in conflict zones, so the answer appears to be to avoid those. That sounds easy, but what is the definition of a conflict zone? Since MH17 ICAO has set up a conflict zone task force (CZTF) to answer questions like that, and to devise a workable global system that will provide airlines with up-to-date information about risks.

In October 2001 a Sibir Airlines Tupolev Tu-154 was accidentally shot down by a military missile while crossing the Black Sea on a commercial flight from Tel Aviv, Israel to Novosibirsk, Russia. This was not a conflict zone – and the aircraft was flightplanned and following an established airway – but the Ukrainian military were carrying out exercises on the Crimean peninsula. A missile aimed at a target drone missed and hit the airliner, killing all 78 people on board.

The director general of Airports Council International, Angela Gittens – who has been working with the CZTF – sums up just a couple of the difficulties: “What we need to address is the fact that some states may not have the capabilities or willingness to provide relevant intelligence in a consistent manner.

“Along every step of the traveller’s journey we need to make sure that we have actionable intelligence relating to threats.”

Olumuyiwa Benard Aliu, ICAO council president, says: “ICAO has been strongly encouraged by the level of support for our global role which is reflected in Security Council Resolution 2166.

“The use of weapons against international civil aviation absolutely cannot be tolerated, and we stand closely alongside Malaysian officials as they continue to deal with the aftermath of this tragedy.” However, despite these fine words from Aliu, Gittens’ warning still has the ring of truth about it.

The security threat posed by what happened to MH370 is more difficult to counter, especially while the cause of the 777’s disappearance remains unproven. If it were the result of a deliberate act by someone on board, as the Malaysian authorities believe, the system appears to have failed to identify a dangerously emotionally unstable person. This would not be surprising, because the system is not set up to do that – not even if the person concerned were a member of the crew.

Psychologist James N Butcher, writing in the International Journal of Selection and Assessment, says: “Personality and emotional factors have been found to impact [pilot] job performance; however, most airlines do little in the way of psychological assessment at the initial hiring stage or throughout the pilot’s career to detect potential personality problems or emotional disorders.

“Much is known about the personality and mental health factors that could affect performance of pilots, but little of this information has been incorporated in pilot screening programmes.”

Despite the fact that there have been four fatal crashes since 1994 that are either known or believed to have been caused by pilots who had a suicide or revenge motive, these events are vanishingly rare in the context of the number of flights that have taken place worldwide in that time.

Pilots are already in one of the most frequently performance-checked professions. Any proposal to add regular psychological screening to the competency and skills checks would have a chilling sound to it.