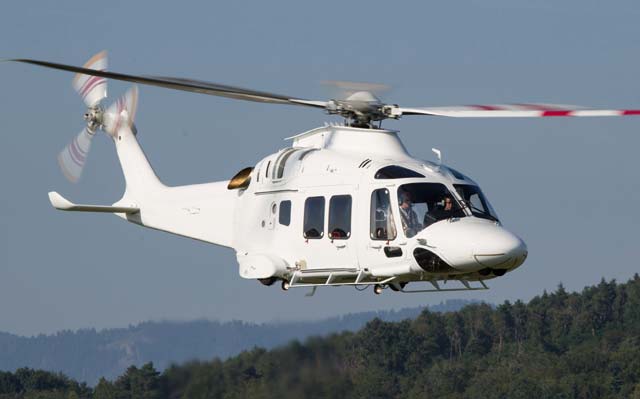 The company is placing particular emphasis on its 4.6t medium twin, the AW169

Italy’s rotorcraft champion AgustaWestland finds itself at somewhat of a crossroads. It has, in the last two years, successfully certificated and brought into service two new helicopters – the 8.3t AW189 and 4.6t AW169. And now it has just the one development programme – if we exclude the more iterative update of the AW109 Trekker – on its books, the AW609 civil tiltrotor, which should arrive in around 2017.

So while it ramps up production of its two newest rotorcraft across several facilities, both in Italy and further afield, there is a sense that the manufacturer is casting its eye over the market to work out what to do next.

Parent company Finmeccanica has previously mooted the development of clean-sheet 10.5t helicopter to bridge the gap between the AW189 and the considerably larger 15.6t AW101, which although principally a military product had previously been touted for long-distance civil operations. However, faced with market conditions that look distinctly unfavourable – notably in the offshore segment which would form the core customer base for a helicopter in that weight class – AgustaWestland appears to be watching and waiting.

“This is clearly an area where we don’t have a product. We would be able to make it, but it’s a matter of prioritising what we need to do and looking at the reality of the market today,” says Roberto Garavaglia, senior vice-president for strategy and business development.

“We would look more carefully at market opportunities before making any significant commitment. Our dear friends in Marignane have decided not to launch the [Airbus Helicopters] X6, but to study the X6. We commit to the same.”

That reference is a nod to the announcement in June by Marignane-headquartered Airbus Helicopters that it was beginning a two-year concept evaluation phase for a new rotorcraft in the 11t weight range. The X6 is planned as an eventual successor to the Airbus H225, but would clearly compete against any possible offering from AgustaWestland.

Garavaglia said although it is looking at different options in the civil market, before any product launch, AgustaWestland would need to better understand the sector, the potential funding available from its parent and the technology ‘enablers’ it could bring to the programme.

“This is not a great moment for the market, but this is exactly the moment when you think about what needs to be next,” he says.

While it waits for further clarity, its focus is shifting to existing products. Particular emphasis is being placed on the AW169 medium twin, which, as Garavaglia notes “is the only new helicopter in the light intermediate category for about three decades”. He sees this segment as a growth area with many operators of light twins looking to upsize their aircraft for greater capability, notably emergency medical services providers.

With certification achieved in July, Garavaglia is confident this will usher in further sales: “It will open the doors for more operators,” he says.

He is also heartened by the positioning of the new Airbus Helicopters H160 in the 5.5-6t bracket and being billed as the ‘AW139 killer’. This, he said, is proof that the AW139 “has been a real problem for them”. It also, he continued, “leaves the AW169 free in its own weight category which is an interesting opportunity for us”. 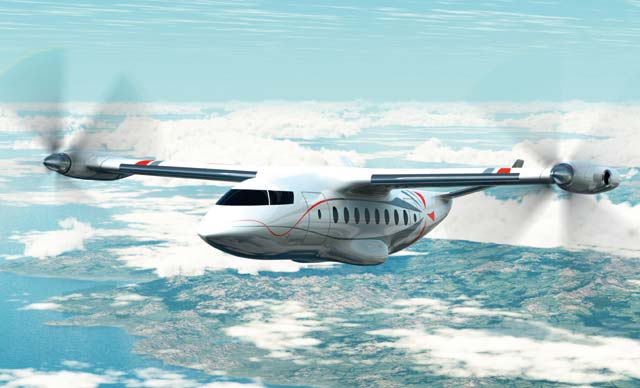 Senior company executives are also keen to highlight the AW169’s potential. “It is really in a size range that we think is most effective,” said one, noting that its new technology cockpit – keeping with AgustaWestland’s family concept – will meet operators’ increasing demands for improved safety.

It is also working to improve capability to the platform, increasing the cruise speed to 150kt (278km/h) and potentially raising maximum take-off weight in the coming years. In addition, limited ice protection will be added from next year, with full ice protection potentially following if there is customer demand. Initial production will be confined to its Vergiate site in northern Italy, with a second line in the US to open next year.

And despite the well-documented issues in oil and gas, senior executives point to the turbulent market as an opportunity for the AW189 as operators look to right-size their operations or introduce less-costly models than the heavier 12t rotorcraft currently used. “You can’t move 19 passengers 250nm, but maybe you don’t need to 19 passengers. A smaller aircraft can be much more effective at a lower cost. That’s why we are saying the AW189 is a good choice.”

Further out is where it gets more interesting. With the nine-passenger AW609 seen by many as a starting point – a means of proving to the market that a civil tiltrotor can be successful – the big question is what follows. AgustaWestland is already working on what could eventually become the successor – what it calls the Next Generation Civil Tiltrotor (NG CTR).

This is funded under the European Commission’s Clean Sky 2 initiative, with a first flight scheduled for 2021. Conceptual designs are already being developed, said James Wang, senior vice-president for helicopters and services marketing at the manufacturer. This will then progress to the preliminary design phase next year. Because it is EC-bankrolled initiative, AgustaWestland cannot simply pick and choose its supply chain – partner companies have to be selected via a Commission-led tender process. That said, with the engines a key part of the development, Wang sees the Rolls-Royce AE1107s that power the Bell Boeing V-22 Osprey tiltrotor as ideal for its 5,000shp (3,730kW) requirement.

Sized to carry around 20-25 passengers, Wang argues there is no business case for a larger version, as it loses its ability to land on offshore platforms or serve inner-city locations.

While rivals Airbus Helicopters and Sikorsky have opted for compound helicopters in their quest for higher speeds, Wang is convinced that a tiltrotor offers more speed, range, and operating efficiency: “We went to an extreme,” he says. Nonetheless, he acknowledges the need for diversity in this area: “If all three companies were making a compound [helicopter] then we would be in trouble.”

In terms of performance advances on regular rotorcraft, these may be harder to achieve, however. Around 10 years ago, technology reached a point of diminishing returns, he argues, where vastly more needs to be invested for modest incremental gains. Aerofoils are already at around 95% of their optimum performance, and maximum speed will never go much above 200kt due to issues with decreasing rotor efficiency at speed. However, that is not to say improvements cannot be made, he said: “There are no radical performance gains any more, it is about making the helicopter safer, more efficient, with better empty weight, and so on.”

Those enhancements could come from improvements to the avionics, for instance, or a more widespread use of electro-mechanical actuators (EMA) to replace hydraulics. It demonstrated in 2013 with its Project Zero unmanned air vehicle that an all-EMA design was possible, but now, said Wang, the “hard part is to build in redundancy while ensuring there is no weight gain”. In addition, the use of fly-by-wire controls – already adopted by rivals Airbus Helicopters and Bell Helicopter on conventional rotorcraft, and to be used on the AW609 – could further enhance safety in the future, and is likely to debut on any next-generation helicopter, albeit at the heavier end of the weight range. Other research is taking place into the use of an electric tail rotor.

With all of that going on, AgustaWestland is busier than it appears. And while it may be at a crossroads, but there are still plenty of interesting paths for it to follow.