ANALYSIS: Air travel is safer than ever, but safety today is not all about accidents

In the whole of 2015 – the safest year on record by almost all measures – there were no fatal accidents involving jet airliners, but in the first six months of this year there have been three: the West Atlantic Bombardier CRJ200, the FlyDubai Boeing 737 and the Egyptair Airbus A320 losses (see accident listings).

At this early investigation stage the West Atlantic accident is still something of a technical mystery. What caused the upset to the crew? The FlyDubai and Egyptair accidents, both also occurring late at night, have the hallmarks of other recent accidents in which a serious flight upset at night resulted in crew disorientation. This will be confirmed or rejected when the full reports emerge.

It could be argued that just six months of airline safety statistics is of limited use, but comparisons with the first half of other years going back a decade or more can yield usable performance indicators if treated with respect.

This year the total number of fatal airline accidents involving all aircraft types and operational categories between January and the end of June is eight. That is three more than occurred in the same months in 2015, but the rise does not seriously disrupt the overall downward trend in accident numbers over the whole of the previous decade. 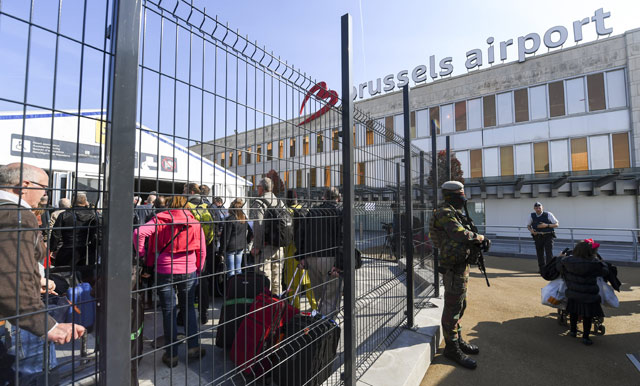 The number of people who died in the fatal accidents was 177 this year to 30 June, compared with 65 for the same period in 2015. That 2015 figure, however, does not include the Germanwings pilot suicide event that killed all 150 people on board on the basis that it cannot be considered as accidental. Deliberate acts like that, and like the shooting down of MH17 in 2014 and the MetroJet sabotage event last year out of Sharm el-Sheikh, may be able to be factored out of the accident statistics, but they affect traveller perception of the risks of flying.

The problem for statisticians in an era of ever-reducing accident numbers is that serious accidents are now so rare that the statistics only become useful when taken over a long period of time. A decade is now about the shortest period that can be considered a reliable indicator of trends, but comparisons over longer periods have their limitations, too. The relentless advance of engine and airframe engineering quality and of avionic/navigation technology have been the major drivers of airline safety improvement since the Second World War, so accidents that happen with today’s technology tend to have different causes than those in the past.

Paul Hayes, director of safety and insurance at Flight Ascend consultancy, describes how comparisons of today’s accidents and accident figures with those more than 10 years ago can be of limited use: “The numbers are distorted by things that don’t happen anymore,” he explains, which could make comparisons between then and now – in many cases - about as relevant as comparing apples with oranges. Hayes’ solution is to use nine-year moving averages to reveal trends, whereas 10 years and more ago, with the greater numbers of accidents occurring then, a sequence of five-year moving averages was a reliable trend indicator.

So, if short-term statistics are useful in only a limited way, what do the thinkers in the industry believe is happening – if anything – to commercial air transport’s safety and security performance?

IATA director general and chief executive officer Tony Tyler describes the recent situation as he sees it: “2015 was another year of contrasts when it comes to aviation’s safety performance. In terms of the number of fatal accidents, it was an extraordinarily safe year, and the long-term trend data show us that flying is getting even safer.” But he adds: “We were all shocked and horrified by two deliberate acts – the destruction of Germanwings 9525 and Metrojet 9268. While there are no easy solutions to the mental health and security issues that were exposed in these tragedies, aviation continues to work to minimise the risk that such events will happen again.”

Meyer says that, despite the limitations of fatal accident or hull-loss accident statistics at a time of low accident rates, “We need to maintain focus on the data-driven approach to safety that has delivered enormous success in reducing the accident rate.” That includes incident data to gain clues as to what risks are out there. He explains: “We know, for example, that while rare, accidents involving loss of control In-flight (LOC-I) have the highest number of fatalities, so this has to be a major focus area. Underlying this approach is a recognition of the distinction between the definition of safety and the definition of an accident. Safety management is really trying to focus on accident prevention.”

Careen addresses the risks from deliberate acts. “Air travel is safe and secure, yet recent tragic events reinforce the difficult truth that the aviation industry remains on the front line – terrorists persist in trying to strike our airlines and airports. The recent Metrojet, Daallo and Brussels Airport tragedies highlight the different ways terrorists attempt to defeat our security system – through the checkpoint, through luggage, or through the lobby.”

He sees the answer as being a more determined and united co-operation between airlines, governments and intelligence agencies: “In an environment where we know we are at risk, but don’t know the ‘what, where, or when’, strong and proactive relationships between operators and their regulators, law enforcement and intelligence communities are imperative.”

On the subject of the Metrojet sabotage, Careen goes into more detail: ”Immediately following the Russian Metrojet incident ICAO set up a panel of security experts to review better ways to protect global airports from terrorism. The result of this was a call for closer and more effective partnerships between governments and airlines. Co-ordination and co-operation is the key.” He lists the measures he sees as important: intelligence and watch-list checking, public area protection, checkpoint screening and document checking upon arrival. And, he points out that all of these rely completely on effective government-industry partnership.

“Terrorism is a long-term industry challenge and everybody needs to be on the same side,” Careen points out, adding: “Yet, today there are different rules across the globe that overlap in some places and maybe don’t always connect in others.”

He adds: “IATA’s aim is to work with regulators to harmonise these gaps and ensure a seamless security process. We’re also focused on ensuring new security measures are sustainable for airlines, airports and passengers. Working together, we will let go of outdated practices and effectively apply security resources to best address new threats.”