Long before hitching a ride to the moon aboard Apollo 11, then US Air Force test pilot Neil Armstrong was zipping around in a rocket-powered North American X-15, which to this day remains the fastest manned, winged aircraft ever built. That flight record of Mach 6.72 or 7,274km/h was set by pilot William “Pete” Knight in 1967.

Despite many breakthroughs in the fields of hypersonic propulsion and high-temperature materials, the air force doesn’t imagine an affordable and operationally relevant surveillance and strike aircraft coming online until the late 2030s.

The storied Lockheed Martin SR-71 Blackbird flew at Mach 3.2, or three times the speed of sound, which is now short of what the air force says it needs to outpace modern interceptors.

Instead, the air branch is pushing hypersonic missiles, powered by the type of air-breathing scramjet engine that propelled Boeing's rocket-boosted Boeing X-51 WaveRider in 2013. Engineless boost-glide hypersonic weapon concepts are also being considered. 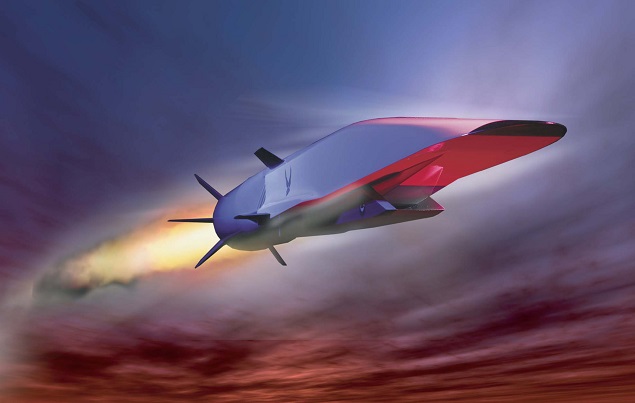 Under the High-Speed Strike Weapon project, flight experiments are planned by 2019 ahead of development and fielding in the early 2020s. At hypersonic speeds, a missile would hit a target 1,000nm away within 17 minutes or less. X-51 travelled 230nm in just over six minutes after dropping from a B-52 at 50,000ft.

In a new report released this week, sponsored by the Mitchell Institute, authors Richard Hallion and Curtis Bedke call for a re-doubling of efforts in this field to address the types of extended-range air defence systems and interceptor aircraft being developed and proliferated around the world by Russia and China. Though a militarised hypersonic aircraft is still many years away, tactical missiles are close at hand, they write.

If only the Pentagon had employed hypersonic weapons instead of subsonic Tomahawk cruise missiles when it went after Al Qaeda head Osama bin Laden in August 1998, the terrorist leader might have died, potentially avoiding the 9/11 attacks of 2001. That’s according to the authors, who decry the lack of coherent and sustained investment in hypersonic weapon technology since the X-15 days.

“US investment in hypersonics research and development is now at risk due to indecision and vacillation,” the report states. “Having pioneered hypersonic flight, the US must redouble its efforts to retain its lead in hypersonics. Hypersonic flight today is a practical reality, vice an expensive taxpayer-supported science project.” 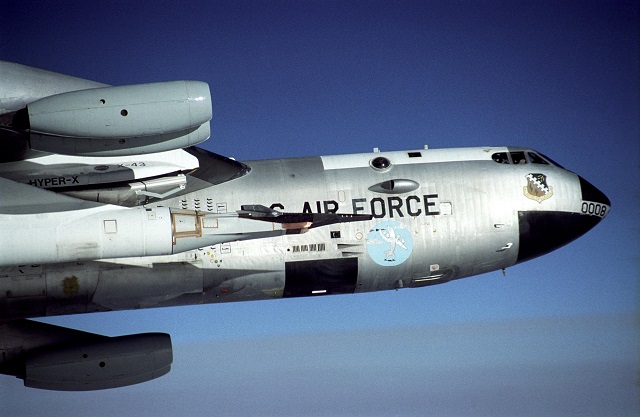 In 2014, then Pentagon acting assistant secretary of defense for research and engineering Alan Shaffer said America doesn’t want to be “the second country to understand how to control hypersonics” – but this might come to pass if Russia and China continue their investments.

Russia intends to test a hypersonic missile by 2020 while China has conducted at least five tests of its Wu-14 boost-glide hypersonic vehicle, Hallion and Bedke note. If militarised, the Wu-14 could hit targets in minutes instead of hours and would be extremely difficult and expensive to intercept.

These “sharp and slender” scramjet missiles with almost no moving mechanical parts might someday be comparable in manufacturing cost to today’s subsonic and supersonic cruise missiles.

Lewis says the X-51 scramjet demonstrator “fully lived up to all the expectations of analysis and computation” during its final powered flight in May 2013. Now, the military must figure out the flight control, navigation and warhead integration pieces of the hypersonics puzzle.

“X-51 was a very practical configuration,” he says. “It burned a practical amount of fuel, JP-7. It was a flight-scale system, so you can look at the X-51 and see how you could go from that experimental vehicle to a real operational missile. Most importantly, it proved that that air-breathing propulsion technology, beyond any reasonable doubt, functions correctly by delivering thrust greater than drag and accelerating the vehicle essentially uphill in the atmosphere.” 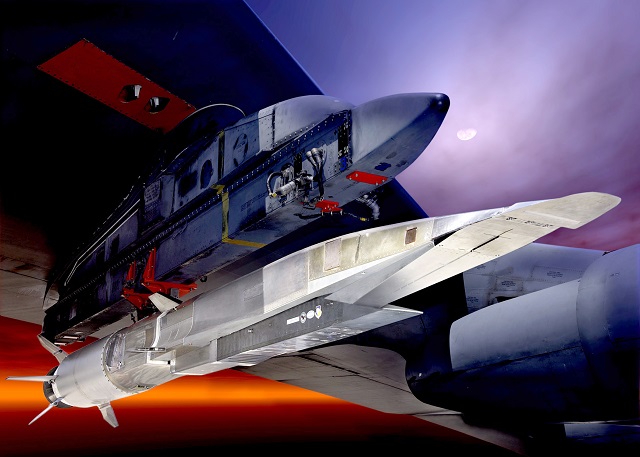 The air force has more than doubled the amount of funding allocated to “accelerated” development and demonstration of an X-51 follow-on in its latest five-year budget submission. Funding is increased from $130 million to $309 million between fiscal years 2017 and 2020 compared to last year's submission, plus $22 million for 2021. Another $25 million per year is allocated for continued scramjet engine development, and more money is sprinkled across different lines of effort.

The X-51’s four flights between 2010 and 2013 involved just 353 seconds of scramjet engine operation, but “proved the practicality of a scramjet-powered free-flying vehicle,” according to the US Air Force Research Laboratory. Demonstrations of the scamjet and boost-glide concepts in partnership with DARPA aim to develop a tactical, long-range weapon for fielding in the 2020s.

Beyond that, AFRL says it is already “developing and ground testing larger engines for intelligence, surveillance and reconnaissance and strike systems by 2030”.