By any reasonable standard, Boeing's 767 has had a good run. The twin-engined widebody is approaching 35 years of uninterrupted serial production. It has outsold its smaller, narrowbody sibling, the 757, with 1,073 deliveries up to April 2015 and orders for 38 commercial freighters left in the backlog.

But something unexpected is happening inside the 40-32 and 40-33 bays of Boeing's final assembly complex in Everett, Washington.

One year after Airbus launched the re-engined version of the A330 – which appeared to kill any last hope for the passenger-carrying version of the 767 – Boeing is revitalising the twinjet's production system. It is true that the US Air Force plans to buy 179 KC-46 Pegasus tankers based on the 767-2C platform, but several of the production system changes – including a previously undisclosed performance improvement upgrade for the engine – are reserved for the commercial variant.

"We think it's a viable programme for decades to come," says Brad Zaback, Boeing's vice-president and general manager for the 767 programme.

Zaback is not speaking just about the USAF's tanker programme, which is scheduled to run through to financial year 2027.

The commercial freighter market is also in Boeing's long-term sales strategy for the 767. So far, the manufacturer has revealed no plans to launch a freighter version of the 787, the composite-skinned twinjet that entered service in 2011 to replace the passenger-carrying 767. 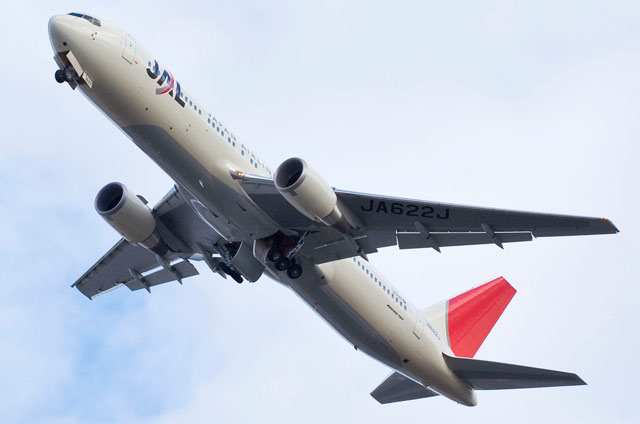 Moreover, Boeing's middle-of-the-market concept – now sized somewhere between a 757-300 and 767-200 – could be nearly a decade away from entry into service for the passenger model. The freighter version may not appear for several years beyond that.

So, for the foreseeable future, the 767 remains Boeing’s premier offering in the medium-sized freighter market, where it competes with the much larger Airbus A330-300F and conversions of older A300-600s and 767s.

"There's not a lot of choice [in that area of the market]," Zaback says. "[For the future] we have our middle-of-the-market studies. That will take care of that kind of market. Until then, we still have the [767]."

Deliveries of 767s slowed to a crawl last year as Boeing focused on building the first four 767-2Cs to support the flight-test plan for the KC-46 tanker programme. Boeing delivered the last passenger-carrying 767-300ER in the order backlog in July, to Air Astana, and FedEx received five 767-300Fs, making a total of six aircraft deliveries.

Boeing has already matched that output in the first four months of 2015, as the production rate was increased in December 2014 from one aircraft every two months to 1.5 per month. Deliveries will rise to two per month in 2016.

That plan gives Boeing capacity to deliver six to nine commercial freighters per year, assuming a steady production rate of two aircraft per month. But the manufacturer is sizing the production system to deliver even more aircraft. A new automated drilling and fastening machine for the 767's wing panels is capable of completing one unit every eight working days, which equates to a monthly production rate of 2.5 units. 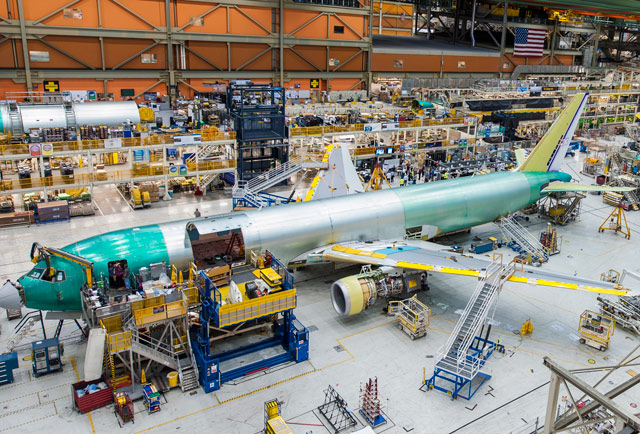 The new automation replaces drilling systems that entered the 767 production system about 30 years ago.

Boeing also is automating the drilling and fastening work at the critical fuselage join positions, leveraging Flex-Track technology already in use on the 777 and 747 production lines, Zaback says. The way the joins are fastened and spliced is also being improved, he says, to reduce the number of fuselage panels that must be scrapped as a result of assembly errors.

The performance of the 767 is also still being tweaked – nearly 33 years after the type entered service – even though its ostensible replacement has already arrived. General Electric quietly developed a performance-improvement package for the CF6-80C2 engine with a 0.5% improvement in specific fuel consumption. The KC-46 is powered exclusively by the Pratt & Whitney PW4062, so the engine improvement is reserved for the commercial freighter market.

FedEx is, so far, the only beneficiary of the 767 assembly and performance upgrades. It continues to reinvest in the 767, placing four more orders in October 2014 and adding an order for another aircraft earlier this year.

"The more competitive and the better product we can deliver, [the more] the market is going to be there," says Zaback.