ANALYSIS: Could domestic widebodies make a comeback in the USA?

The announcement by United Airlines that it will bring back regular domestic widebody service in the coming years is the latest step in the on-going shift to larger gauge aircraft across the US industry.

The Chicago-based carrier plans to use 10 Boeing 777-200s, which will be refurbished for domestic service from their present international configuration, to consolidate frequencies between its seven domestic hubs and to Hawaii, said United chief financial officer John Rainey during an earnings call on 23 April. This will free up mainline narrowbodies to offset the departure of more than 130 50-seat regional jets by the end of this year and more as aircraft come off leases in the years to come. 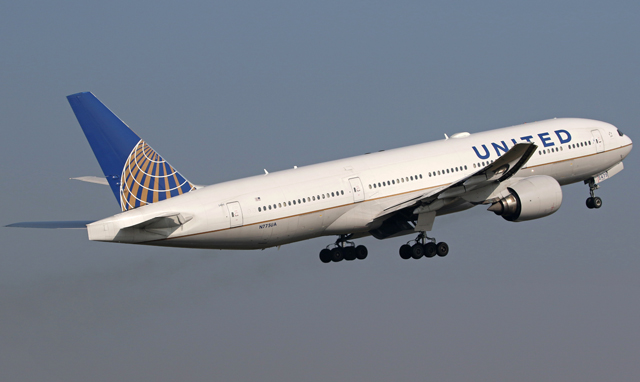 “These fleet changes allow us to reduce our reliance on 50-seat RJs from approximately 8% of our ASMs [available seat miles] at the beginning of last year to about 4% by the end of next year,” he says.

United, along with American Airlines and Delta Air Lines, plan to remove about 447 small regional jets in favour of 76-seat models and even more small mainline aircraft by the end of 2015, Flightglobal estimates.

American is focused on adding new Bombardier CRJ900s and Embraer 175s, as well as shifting towards larger Airbus A321s and Boeing 737-800s from Airbus A320s and Boeing MD-80s in its mainline fleet.

The shift to larger gauge aircraft reduces unit costs, improves operational reliability with fewer flights and increases the potential to generate ancillary revenue, executives at all three airlines have said.

These benefits and United’s announcement beg the question – are we on the cusp of a widebody renaissance in the USA? The answer, like so many, is a gray area.

Delta already operates 16 Boeing 767-300ERs in a domestic configuration, a spokesperson says. These aircraft are used on flights from its Atlanta and Detroit hubs to the West Coast during the northern summer and from Detroit and Minneapolis/St. Paul to Florida during the northern winter.

In addition, the airline uses the 767s for sports charters, for example for the National Football League (NFL) teams, they add.

American does not regularly operate any widebody aircraft on domestic routes, beyond positioning flights and the occasional operational recovery flight after severe weather.

“We certainly aren’t going to bring widebodies back domestically,” said Scott Kirby, president of Fort Worth, Texas-based American, during an earnings call on 24 April. “It’s lower cost to provide two narrowbodies than it is to provide a single widebody for the same number of seats.”

It “makes all the economic sense” to upgauge within an aircraft class – for example from 50 to 76 seats or from an A320 to A321 – but not to widebodies, he says.

The door on domestic widebodies at American, if not slammed shut, certainly appears closed for the time being.

Domestic widebodies were once a mainstay of longer and high-density domestic flights in the USA. They were regularly used by all of the major carriers on transcontinental and busy domestic routes like Chicago-New York for decades until the market began to shifted to narrowbodies and increased frequency in the 1990s.

Even American, which is now so against domestic widebodies, operated Boeing 767-200ERs on its flights between New York John F Kennedy International airport and both Los Angeles and San Francisco until it replaced them with A321s in January 2014.

Percent of US domestic flights operated by widebody, narrowbody and regional aircraft, May 2000 through May 2015

Legacy United operated about 25% of its hub-to-hub flights between Chicago O’Hare, Denver, Los Angeles, San Francisco and Washington Dulles with widebody aircraft in May 2010, when the merger with Continental Airlines was announced, Innovata shows. Narrowbody aircraft operate 99% of the flights between the same five hubs today.

Analysts had a mixed response to United’s domestic widebody news. Wolfe Research analyst Hunter Keay classified it under “things we don’t like”, citing continuing capacity creep in the US domestic market in a report.

“Seeing UAL add 777s to the domestic network makes us sad,” he writes on 24 April. “We are getting wary of big airlines continually adding capacity to big markets.”

Despite his reservations, Keay does acknowledge that United has shown greater commitment to capacity discipline than either American or Delta. “We’re betting there is an unexplored angle here with this decision on the 777s that may pay off later,” he says.

Other analysts are less skeptical than Keay.

“The thought of ‘domestic widebodies’ may spook some,” writes Jamie Baker, an analyst at JP Morgan, on 24 April. The move “makes sense” when looked at in conjunction with United’s plans to refurbish 21 767-300ERs that it will use to replace Boeing 757-200s and the aforementioned 777s on international routes.

Baker continues: “UAL’s willingness to pursue used aircraft, from a management team that long implied that factory fresh was the only way to go, reflects both the massive mind-shift in how today’s airlines are managed, and (perhaps) the realities of lower oil.”

The impact of United’s decision will not be seen for a year at least. When asked by reporters when the 777s would shift to domestic service, executives said: “It won’t be this year.”

Domestic US travellers will be waiting.