Logistics support for remote outposts, humanitarian relief, paramilitary assistance and tasks associated with nation building are important missions for India’s air force and indeed the Indian armed forces. On average, the air force airlifts about 35,000t of cargo in support of the army and some 45 state and central agencies.

In August 2014, floods in Jammu and Kashmir led to more than 70 aircraft and helicopters being deployed and more than 3,000 sorties flown. Day and night operations saw 4,500 tonnes of humanitarian relief carried to stricken regions and 53,000 civilians carried to safety. The air force also mounted a large relief effort in Uttarakhand, also in the country’s north, last year, deploying 45 helicopters in poor weather and difficult conditions, yet managing to operate 3,500 sorties over 30 days, rescuing over 25,000 people.

These operations have allowed New Delhi to make extensive use of new platforms, such as the Boeing C-17 and Lockheed Martin C-130J transports, as well as its 17 older Ilyushin IL-76MDs.

The service’s five C-130Js operate from Hindan air base, near New Delhi, with deliveries of an additional six C-130Js from 2017. The air force has decided not to replace the C-130J that crashed on 28 March 2014 while operating a low-level training flight.

Boeing completed deliveries of the last of 10 C-17 Globemaster III airlifters in December 2014. All aircraft were delivered as per contract and on schedule in 2013 and 2014. The Indian air force has always been considered a strong prospect for further C-17s. Dennis Swanson, vice president, Boeing Defence, Space & Security, said in an email to Flightglobal said the airframer has “received initial interest from the Indian air force to buy additional C-17 aircraft”.

If New Delhi decides to purchase more C-17s, it is not clear how many will be available. When Boeing said it would end C-17 production in 2015, it disclosed that it would build 10 white-tail aircraft pending international orders. Two of these are earmarked for an undisclosed customer, Australia is interested in obtaining up to four, and Canada is interested in one. If all three deals pan out, only three C-17s could be available for India. 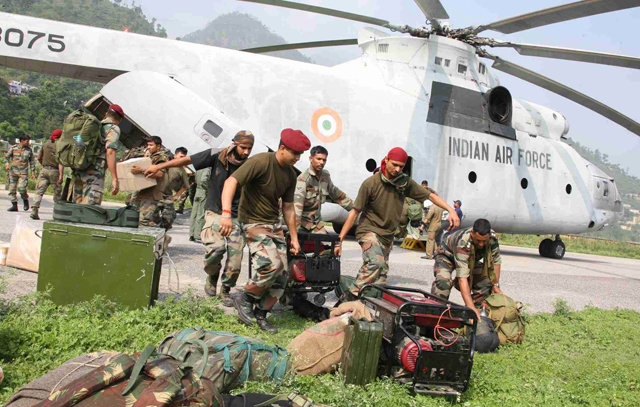 Another pending airlift order is for six Airbus A330 multirole tanker transport (MRTT) aircraft. The deal is now in final negotiations after Airbus Defence & Space won competitions in 2009 and 2012 for a new tanker aircraft. An Airbus spokesman says talks with India’s defence ministry continue and the company hopes to “reach final agreement in the coming months”.

Airbus is also strongly interested in pitching its C295 tactical transport for an upcoming tender to replace New Delhi’s obsolete fleet of Hindustan Aeronautics-built HS-748 Avro transports, in a 56-aircraft deal valued at $2.2 billion. The Avro replacement was formerly seen as yet another showdown between the C295 and Alenia Aermacchi’s C-27J Spartan, but Alenia withdrew from contention in November 2014.

In a swipe at the C295, Alenia told Flightglobal that “the Indian air force Avro replacement programme calls mainly for a basic medium transport aircraft and therefore Alenia Aermacchi decided to not participate [in] the tender”.

Airbus has teamed up with Tata Advanced Systems for the Avro programme. The first 16 aircraft will be acquired directly from the manufacturer, followed by two phases of licensed production for 16 and 24 aircraft respectively. After the contract is signed, it will take six years before the first aircraft is produced in India. The Defence Acquisition Council, led by defence minister Manohar Parrikar, has yet to clear the programme. 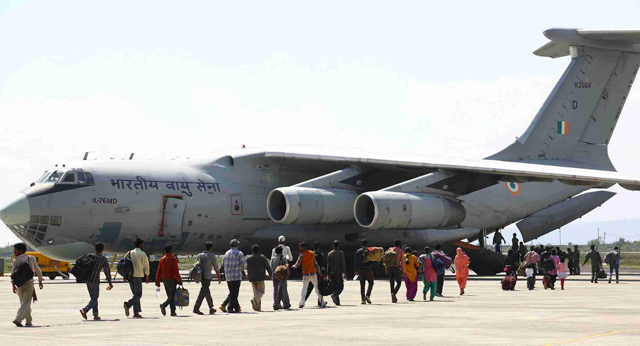 “We believe that our bid is compliant with the RFP and are now waiting to see how the ministry of defence wishes to progress with procurement,” says an Airbus statement. India has been offered the upgraded C295W with winglets, with better “hot and high” capability and improved cruise performance. Airbus is also pitching the airborne early warning & control (AEW&C) variant of the C295 tactical transport.

Meanwhile, all is not well with New Delhi’s fleet of Antonov An-32 transports, a source of irritation because the An-32 is the workhorse of the air force transport fleet. Its roles include troop and cargo transport, paratroop and supply drops, as well as casualty evacuation. Introduced between 1984 and 1991, the total technical life of the An-32 was 20,000 flying hours, or 25 years and 15,000 landings.

More than half of the air force fleet of An-32s was reportedly grounded in 2013, owing to technical problems and delayed upgrades. This situation remains a problem, as only 40 aircraft have been upgraded to the An-32RE standard in Ukraine.

The upgrade work on the remaining 65 aircraft is expected to begin shortly in India and an Indian company has now been identified for the task. With the work extending total technical the fleet by 15 years, it will remain operational till 2030.