ANALYSIS: How Australia will ramp up ISR capabilities

The Royal Australian Air Force’s air combat and intelligence, surveillance and reconnaissance (ISR) capabilities will be substantially increased over the next decade as new fifth generation capabilities are introduced.

The current RAAF air combat fleet comprises 71 Boeing F/A-18A/B Hornets in three fighter squadrons and one operational conversion unit based at Williamtown near Newcastle and Tindal in the Northern Territory, and 24 F/A-18F Super Hornets in a single squadron based at Amberley near Brisbane.

Other enhancements include the integration of the Northrop Grumman Litening AT EO/IR targeting pod, and new weapons including the MDBA ASRAAM infrared guided AAM and precision GPS guided JDAM bombs, and the stand-off Lockheed Martin AGM-158 JASSM air-to-surface missile. 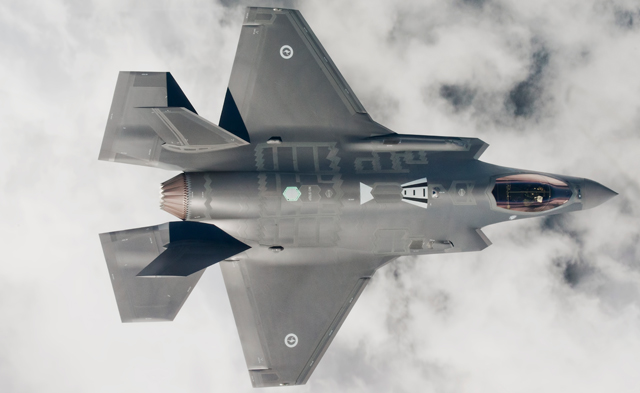 The first two Lockheed Martin F-35As bound for the RAAF were delivered to Luke AFB in Arizona in December 2014, allowing pilot training to begin

However, the youngest Classic Hornet entered service in 1990 and the fleet is showing its age structurally. A plan to replace the main fuselage centre barrels (CBs) of up to 49 of the aircraft was cut short in 2009 after just 11 aircraft due in part to the removed CBs showing better than expected fatigue life, but also because of emerging structural and fatigue issues that could not be addressed by a CB replacement. Instead, a multi-staged Structural Refurbishment Program is expected to continue until the type is retired in 2022.

Initially acquired in 2007 as a decade-long bridging capability between the retirement of the General Dynamics F-111C and the service entry of the Lockheed Martin F-35A, the 24 Boeing F/A-18F Super Hornets operated by 1 Sqn will likely now be retained until at least 2030. More than just providing sufficient airframes on the ramp, the Super Hornets have provided a stepping stone upon which the RAAF has worked to increased levels of security within US International Traffic in Arms Regulations (ITARS) requirements, while gaining experience on the maintenance of low observable coatings, and the development of concepts of operations for networked combat aircraft.

Six RAAF Super Hornets were deployed to the UAE in October 2014 to participate in combat operations against the Islamic State forces in Iraq, where they have flown nearly 3,000h with a better than 98% availability rate. These aircraft are expected to be swapped out for a deployment of RAAF Classic Hornets in March, and it is planned for Supers and Classics to complete alternating six-month deployments for the duration of that campaign.

There is much interest within the RAAF in the proposed enhancements to the Super Hornets, in particular the GE F414 enhanced performance engines and upper fuselage conformal fuel tanks. However, the RAAF is wary of deviating from its industry support model, which parallels that of the US Navy, and thus will likely adopt these enhancements only if the US Navy does.

The Super Hornets will be joined at Amberley by 12 Boeing EA-18G Growlers from 2017. A number of RAAF crews are already based at the US Navy’s NAS Whidbey Island in Washington state to convert to the jets and to be embedded with US Navy land-based Growler fleet squadrons. These crews will form the core of the RAAF’s first cadre of Growler pilot and EWO instructors within 6 Sqn.

As part of the Growler project, the RAAF will establish a mobile tactical emitter system at Amberley and on the vast Delamere range in the Northern Territory to support electronic warfare training, and there are longer term plans to establish a permanent EW range at Delamere. RAAF Growlers will initially be delivered with the Northrop Grumman AN/ALQ-99 jammer pods, but it is expected the RAAF will integrate the Next Generation Jammer currently under development by Raytheon and the US Navy from 2023 onwards. 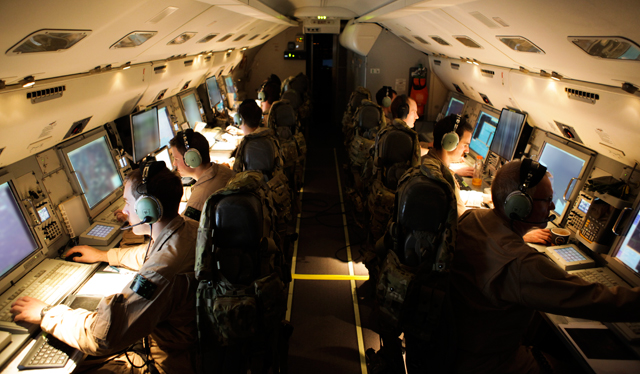 Meanwhile, after being rolled out and making their first flights last year, the first two RAAF Lockheed Martin F-35As were delivered to the USAF F-35 training school at Luke AFB in Arizona in December 2014. The RAAF has had a lead engineer stationed there since June to induct the aircraft and to establish Australia’s detachment within the centre. The first RAAF F-35 pilot commenced his conversion to the jet at Eglin AFB in Florida on 26 January, and he and a second pilot are expected to arrive at Luke in May.

So far Australia has just two F-35As on contract. Long-lead production funding for another 12 F-35As has been committed, and these are expected to be contracted in low rate initial production (LRIP) lots 10 and 11 for delivery in 2017 and 2018. In April 2014 the Australian government approved funding for an additional 58 F-35As to take Australia’s order to 72, and these will be ordered in LRIP 11 and the expected follow-on multiyear procurement for delivery in the 2019-2023 timeframe.

Australia's first F-35A unit will be 3 Sqn based at RAAF Williamtown, which currently flies F/A-18A Hornets, and the first four F-35As are expected to arrive in Australia in 2019 to support local operational test and evaluation activities before IOC is declared in 2020-2021. The Williamtown-based 2 Operational Conversion Unit and 77 Sqn, and Tindal’s 75 Sqn are expected to replace their Classic Hornets with F-35As in time for final operational capability in 2023.

RAAF Williamtown will also see the establishment of new squadron headquarters and maintenance facilities, and a 610m (2,000ft) runway extension to 3,050m (10,000ft) to support the F-35A in service, while some of the existing Classic Hornet base facilities will be retained and refurbished for visiting units.

There has been no further word since mid-2014 on government suggestions that Australia acquires up to 28 of the short take-off and vertical landing F-35B variant of the JSF for operation aboard the Royal Australian Navy’s two new Canberra-class landing helicopter dock vessels. This proposal is expected to be considered as part of the 2015 Force Structure Review and Defence White Paper (FSR/DWP) process.

On the ISR side of the capability spectrum, the Boeing E-7A Wedgetail AEW&C operated by 2 Sqn at Williamtown debuted operationally over Iraq in October, and is providing command and control coverage and availability in that theatre. Indeed, one E-7A mission over Iraq recently lasted more than 17h, a world record for any 737-based airframe.

After a prolonged development, the Wedgetail’s Northrop Grumman multirole electronically scanned array (MESA) radar is now achieving much greater stability with each new software load, and in many parameters is said to be exceeding the original performance specifications. A further software upgrade to the radar is scheduled for later this year, and FOC for the six-strong fleet is expected to be declared once additional crews are trained in 2016.

Meanwhile the RAAF’s fleet of Lockheed AP-3C Orion maritime reconnaissance aircraft is being drawn down as major services become due and in preparation for the introduction of the Boeing P-8A Poseidon. Three AP-3Cs were withdrawn from service in 2013 and 2014, leaving 15 active aircraft available for service with 10 and 11 Sqns at RAAF Edinburgh near Adelaide.

The Orions were acquired in two batches of 10 aircraft each in 1978 and 1986, and were substantially upgraded in the late 1990s. Until late 2012 two AP-3Cs had been continuously deployed for over a decade in the Middle East in support of Australian and coalition operations in Afghanistan, Iraq and the Indian Ocean.

Australia has long favoured the 737-800-based P-8A to replace its Orions, having joined the US Navy’s P-8 development programme in 2007 as a minor partner and having staff in place in the P-8 project office since that time. Funding has been approved for eight P-8As, while Australia retains options for, and will likely acquire, at least four additional aircraft.

RAAF P-8A crew training commenced at NAS Jacksonville in late 2014, and these crews will be embedded with US Navy squadrons until the first RAAF aircraft are delivered in early 2016. RAAF P-8As will arrive at Edinburgh in late 2016, with IOC planned for January 2018.

The other part of Australia’s maritime reconnaissance requirement will likely be fulfilled by about seven Northrop Grumman MQ-4C Triton UASs, which are expected to be acquired from 2020 and will be operated by a new squadron from Edinburgh. Currently under development for the US Navy, a decision on an Australian Triton buy, project timings, and the allocation of funding is expected to be made as part of the 2015 FSR/DWP process.

In the meantime, the RAAF has retained the IAI Heron RPV capability it has built up in operations over Afghanistan and which was recently returned to Australia. The RAAF is also seeking approval from government to acquire a new middle tier armed UAS in the General Atomics MQ-9B Predator Reaper class from 2017.