ANALYSIS: How the 777 pushed Boeing forward

No aircraft roll-out ceremony is complete without a video montage, and the unveiling of the Boeing 777 on 9 April 1994 before 100,000 onlookers was no exception. As the Disney-style production opened on a screen wide enough to fill the aircraft assembly bay, an unseen narrator asked three questions:

“Why does one idea succeed while another fails? How do you define the future? What is greatness?”

Predictably, the Boeing-scripted answer in the presentation was based on a marketing theme: the 777 was designed, developed and introduced successfully because workers, suppliers and customers were “working together” to deliver the new widebody.

The reality was more complex. It involved a failed bid to develop a twin-aisle 737 replacement called the 7J7, a new challenge from Airbus and, some might argue, a renewed appetite within Boeing to accept – within limits – the risk of introducing new technologies on a commercial aircraft.

When the first of the type – registered as N7771 – was unveiled 20 years ago, a Boeing leadership team including such still-familiar names as Alan Mulally, Phil Condit and Mike Bair could not know how successful the 777 would become, but there were high hopes. Condit, who in less than a decade would become the first Boeing chief executive to resign due to scandal in 2003, prophesied during the event that the 777 would be a “30-, 40- or 50-year” programme.

Twenty years later, Condit’s vision seems destined to be fulfilled. Nine major variants of the 777 have been launched, with six already in service. The arrival of the 777X family starting in 2020 – 26 years after roll-out – could extend production by at least another decade.

As high as Boeing’s expectations for their third clean-sheet widebody probably seemed in 1994, the sales record of the 777 has undoubtedly outperformed them.

The 777 is already the highest-selling commercial widebody in history. If current production rates are maintained, the 777 family will surpass the venerable 747 as the most-delivered widebody aircraft by mid-2016. 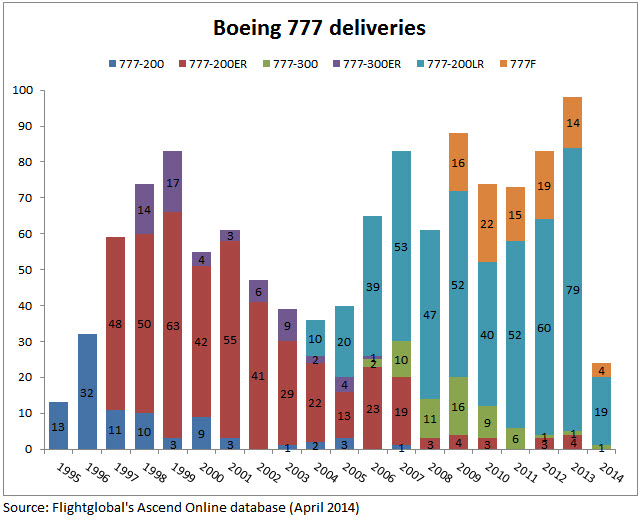 Despite already reaching a higher delivery rate, the 787 will struggle to catch the 777’s delivery record over the next three decades. Using an arguably generous forecast – which assumes current and planned production rates hold steady for both aircraft families – the 787 would not overtake the 777’s delivery total for nearly 25 years, in late 2038.

It started with a failed project. What was originally called the 767-X was still a glimmer in a strategic planner’s eye in the mid-1980s, when Boeing got serious about replacing the 737 Classics. Airbus was developing a real competitive threat to Boeing’s single-aisle franchise with the A320, featuring a slightly wider cabin than the 737 and – for the first time on a commercial aircraft – a fly-by-wire flight control system.

Boeing invested hundreds of millions in the 7J7 before cancelling the project in 1988. The company had realised the certification challenges posed by the 7J7 open-rotor engines were too great – indeed, open rotor technology has only now been proven to meet modern noise regulations.

But the 7J7 paved the way for two key features later installed in the 777: flat panel displays and fly-by-wire flight controls.

It is difficult to appreciate the technological leap of flat panel displays in the 777 cockpit in the early 1990s, but the video montage played during the roll-out event offers a clue. Images of Boeing engineers working on cathode ray tube (CRT) screens flashed on the big screen, while the aircraft they were designing provided the 777’s pilots with more advanced equipment.

The cockpit is where the 777 stood apart from the competition in other ways as well. Boeing’s design was to make the 777 the first “paperless cockpit”, which still seemed a lofty ambition in the early 1990s, when email was in its infancy for offices on the ground and transmitting documents by fax machine was still the norm.

This design preference for digitising previously analogue systems ran deeper than the cockpit, however. Although not new in the industry, fly-by-wire was a new and potentially threatening challenge to Boeing’s cockpit philosophy, which emphasised direct control by the pilots.

But inserting a flight control computer between the pilot and the control column promised reduced weight and maintenance and improved safety – advantages that had already proved compelling on the aborted 7J7 concept.

Though initiated nearly a decade later, Boeing’s usage of fly-by-wire technology was certainly no copy of the Airbus approach. Boeing developed a distinct set of control laws that keep the pilot fully in command of flightpath and speed. This concession to Boeing’s decades-old design approach allowed fly-by-wire to make its debut on the 777. It has since been copied to the 787 and Boeing also is adding fly-by-wire spoilers on the 737 Max.

As the older sibling of the mostly composite 787, the 777 is now considered a transition design from a materials perspective. Airbus was first to use composite as a primary structure, and for Boeing the 777’s usage of composites was still quite a leap. It had previously used carbonfibre composite only in the 767 as a rudder, a secondary service.

The 777 uses composite in two primary, load-bearing structures – the vertical fin and horizontal stabilisers. While not an industry first, it set the stage for Boeing’s more ambitious move on the 787 to composite wing skins and fuselage barrels.

Of course, Boeing’s internal innovations on the 777 programme were not all successful. A key market for the aircraft was as a replacement for the DC-10, but the 60m wingspan appeared to pose a problem here. Boeing’s initial solution was to offer the 777 with a wing-fold mechanism borrowed from the composite wing of the Grumman A-6 Intruder, for which Boeing was the supplier. Airlines, however, never warmed to the idea of a folding wing, and Boeing quietly dropped the idea after the aircraft entered service. Like the open-rotor engine, the real problem with the folding wing was being slightly ahead of its time. Boeing has revived a much simpler version of the folding wing concept on the 777X. 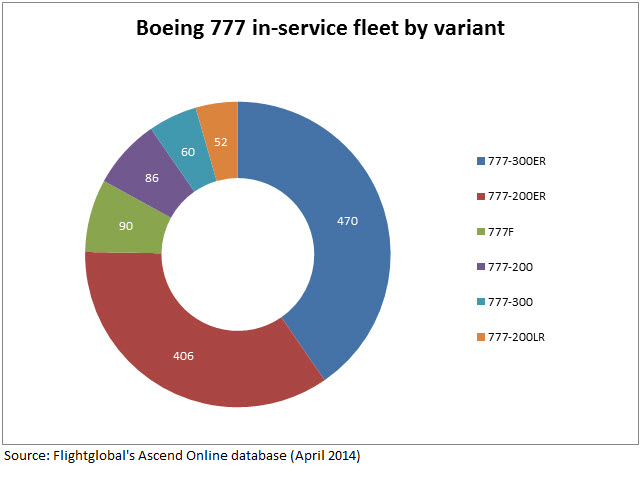 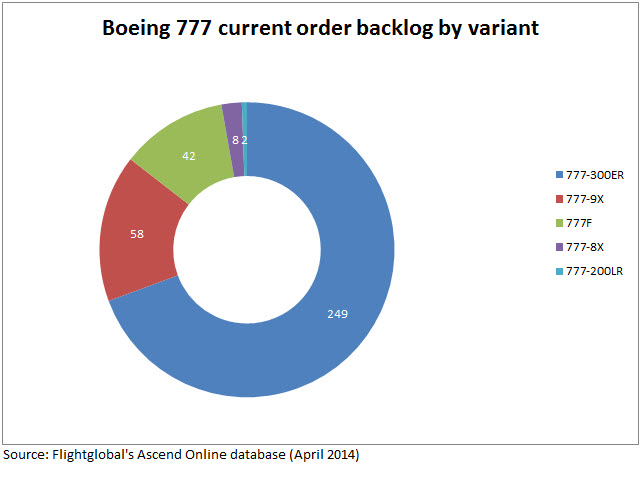 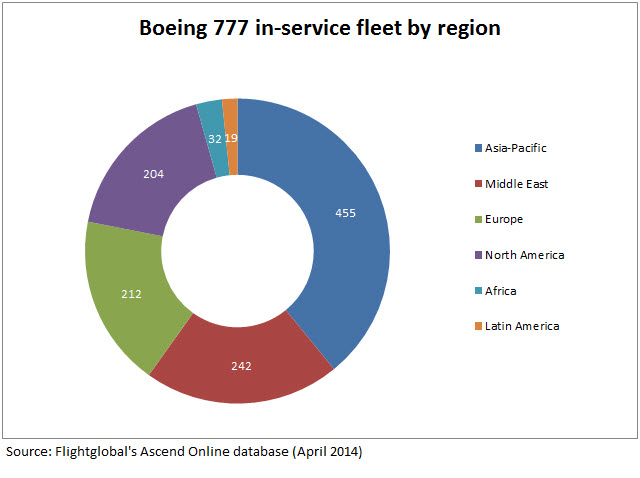