Waiting so long for Rafael to respond to a new fashion in missile technology seemed surprising only because the state-owned Israeli weapons and sensor house is most often the industry’s leading trendsetter.

But Rafael has been curiously slow to respond to a clear trend within the air-to-air missile community. In the past decade, the most anticipated new missiles – the Chinese PL-12, MBDA Meteor, Raytheon AIM-120D and Vympel RVV-AE-PD – have all shared a similar trait. As advanced sensors push the detection range of missile firing platforms ever farther, missile manufacturers have responded with new weapons with ranges beyond 54nm (100km), or twice that of the Rafael medium-range, radar-guided Derby weapon.

Despite evidence of a development programme extending back to 2004, confirmation of a so-called “Python 6” programme with 54nm range emerged only recently and under a different name.

Rafael finally announced the existence of the I-Derby-ER missile at the Paris air show in June 2015, shortly after acknowledging that a new long-range missile was in the works at Aero India in February of the same year.

This improved and extended-range Derby missile represents a sharp philosophical split within Rafael from only six years ago, when executives openly discussed basing the long-range Python 6 on the Stunner, a surface-to-air missile now in development with Raytheon for Israel’s David’s Sling air defence system.

To double the range of the baseline Derby missile, Rafael needed to make significant changes. The Derby itself was developed as a straightforward extension of the infrared-guided Python 4, originally equipped with a radar seeker developed jointly by Rafael and Israel Aerospace Industries. The I-Derby variant replaces the IAI travelling wave tube-based seeker with a Rafael-developed solid-state transmitter and receiver. 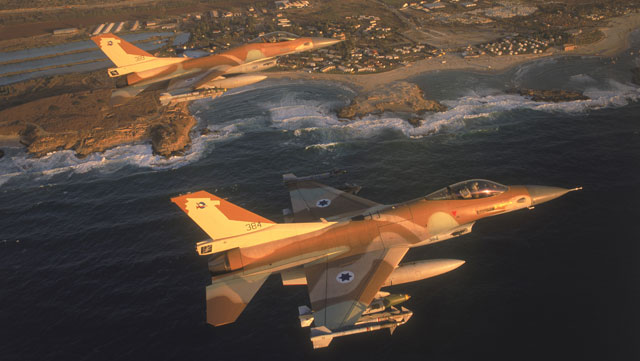 With its 54nm range, Rafael's Python 5 missile suits the needs of a small country like Israel

For the extended-range version, Rafael has also added a dual-pulse solid rocket motor. By firing a secondary pulse of energy as the missile nears the target, a dual-pulse motor can extend the flight time of a missile compared with that of a single-pulse motor, which must keep more solid propellant stored in reserve for the terminal sequence.

Room for the dual-pulse motor in the I-Derby-ER is created by the addition of another innovation. Instead of using a seeker and a separate fuse to arm the warhead, the new Israeli product combines the two components into an integrated sensor and fusing system.

Such a system has been pursued outside Israel for several years. In 2008, the US Air Force Research Laboratory commissioned contractors to develop such technology under the seeker integrated target endgame (SITES) programme. If the technology worked, it was intended to be integrated in the US Air Force’s now-cancelled next generation missile (NGM) programme, which was then seeking to replace the Raytheon AGM-120 AMRAAM and AGM-88 High-speed Anti-Radiation Missile (HARM) with a single weapon.

In both cases, the purpose of the integrated sensor and fusing system was the same. A derivative such as the I-Derby-ER needs to create space within the fixed volume of the missile’s airframe and combining two components into one is a perfect solution.

How the Israeli Air Force and Rafael’s export customers will use the missile is a different question. Though expected to be integrated on the IAF fighter fleet, the ultra-long-range I-Derby-ER seems an odd fit for a country the size of Israel. In that sense, Rafael’s apparent tardiness in creating a 54nm-range missile may be excused. Horowitz, for his part, acknowledges the contradiction of a small country developing an extended-range missile for air defence.

“Personally, I’m a bit confused about intercepting targets beyond 100km from the launch aircraft. What is 100km? In Israel, it means you are launching [a missile] against someone that is out of your country. Who knows what is going on in this area? Who can detect the target? Unless you know it’s a tanker or an [electronic warfare] aircraft, what is the mission?” Horowitz asks. “But it is a fashion. And you must know some of the [capabilities] of missiles is a fashion.”