The Royal Netherlands Air Force (RNLAF) is in a phase of modernisation, accepting new rotorcraft and preparing for a new fighter and unmanned air vehicle.

It is a service that typically relies on imported equipment – albeit modern designs and in line with allied NATO forces – and its commander, Lt Gen Alexander ­Schnitger, is calling for quicker programmes with shorter cycles and testing, to ensure that the Netherlands receives truly modern equipment.

“We don’t have 20 years to build the next generation of systems,” he tells Flight ­International. “We need to speed up our processes and our innovation cycles. That’s perhaps the biggest challenge we are looking at in the air force: we need continuous development and change.”

One programme 20 years in the making is the ­Lockheed Martin F-35, 37 frontline examples of which have been authorised for the RNLAF, with deliveries expected between 2019 and 2024.

“There is a comma behind the 37 – not a full-stop,” Schnitger notes. “It is very possible that the budget will allow us to buy more aircraft, and the price is steadily coming down.” 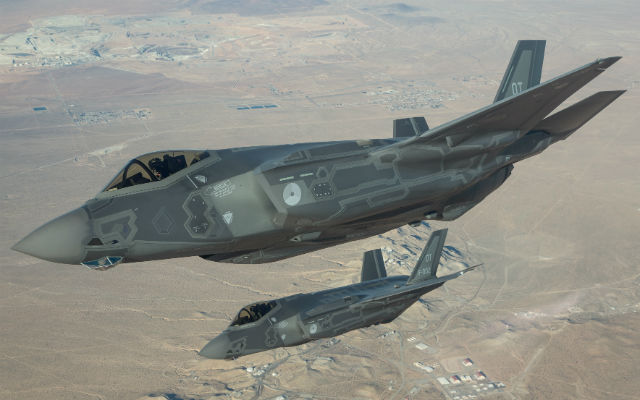 Weapons selections for the Dutch aircraft have still to be made, with optimisation of the air-to-air role to ensure it exceeds the performance offered by its current Lockheed F-16 fleet. As for air-to-surface weapons, Schnitger says the Raytheon Small Diameter Bomb has been performing very well on the F-16, and the Netherlands could look to adopt the new SDB II with its F-35As. Other F-16 weapons, such as the GBU-49 Paveway II and Boeing GBU-54 Joint Direct Attack Munition, could also be used, while world events indicate stand-off weapons also need to be considered.

Schnitger says the air force has done most of the planning ahead of the introduction of the F-35, with its first two examples – acquired to support US-led initial operational test and evaluation – currently in use at ­Edwards AFB in California.

Meanwhile, the RNLAF has faced challenges with the integration of its NH Industries (NHI) NH90 rotorcraft, due to a “huge amount of corrosion” discovered after the type had been deployed at sea. After being suspended, deliveries have now resumed, and the programme is back on schedule; the nation is due to receive its last two aircraft in early 2016, to complete a 20-strong fleet.

Schnitger says the problem is being solved, and that 75% of the corrosion issues can be solved by modification or regular preventive maintenance. “The remaining 25% will be solved by industry by mid-2017 through engineering and manufacturing changes,” he adds. “We are working through those problems, and we are happy with how NHI is addressing that.”

One challenge it is still contending with is the day-to-day availability of the type, but Schnitger says that this is to be expected. “We are still very much in the transition of getting the sustainment part of the project right. NHI is wrestling with that, in this process of going from design and engineering, then production into full-blown sustainment.” 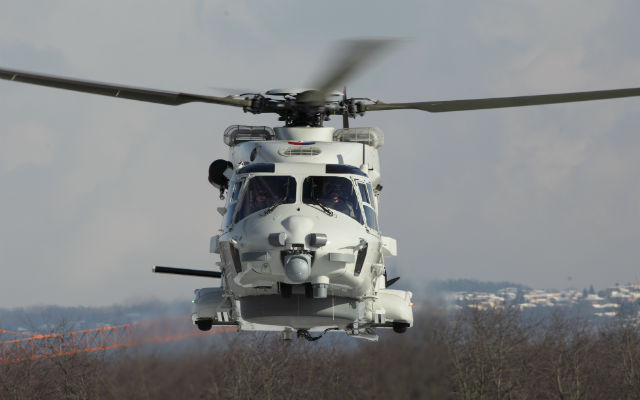 The Netherlands is having its Boeing AH-64 Apache fleet modernised to a Block II configuration, and receiving upgraded Boeing Chinooks in the CH-47F configuration. Schnitger notes that the latter path was selected because “there is nothing else out there. That goes to show true innovation in making steps that has been lacking,” he says.

Schnitger has expressed concerns with the level of innovation in the development of rotorcraft – including the US Army’s Future Vertical Lift (FVL) programme.

“My worry in replacing the Apache and Chinook 15 years from now is whether the platform and system will be innovative enough to make it survivable and operationally useful into the 2050s and beyond,” he says. “It is very difficult to give a definitive answer on this, but the fact that I ask the question is probably an indication that I doubt whether we are really pushing the envelope.”

Schnitger’s thoughts issue have piqued the interest of the US Army, which has sent personnel to Europe to discuss the RNLAF’s concerns, and the Dutch are in dialogue with the programme office.

He is also calling on European industry to have a larger part in development of the FVL. “There isn’t much visibility of European rotorcraft manufacturers, and I think they have some brilliant designers and concepts,” he notes.

The air force is planning to acquire the General Atomics ­Aeronautical Systems MQ-9 Reaper UAV to support joint and combined operations, although finding funding in the 2016 defence budget is challenging. “We have firm plans,” ­Schnitger says. “Everything is in place, but we had to slam the brakes on. I hope to get a resolution on the money: that is my goal.”