It was spring of 1958 and time to balance the books on Lockheed's U-2 contract, so the US Central Intelligence Agency set up a meeting with Clarence "Kelly" Johnson, the founder and head of the company's Skunk Works.

By then, Lockheed's $22.5 million, fixed-price contract to develop and build 20 U-2s was barely three years old, but the high-altitude spying platform had already earned its legendary status. The first aircraft started flying in August 1955 – exactly as Johnson promised when the CIA signed the order.

The first CIA-operated U-2 deployed less than a year later, boldly over-flying Moscow above 70,000ft on its first mission on 5 July 1956. Although the CIA had underestimated the Soviet Union's ability to detect U-2s flying across its borders at high altitude, its Cold War adversary would not possess the weapons needed to shoot down the high-flying "angels" until 1960. 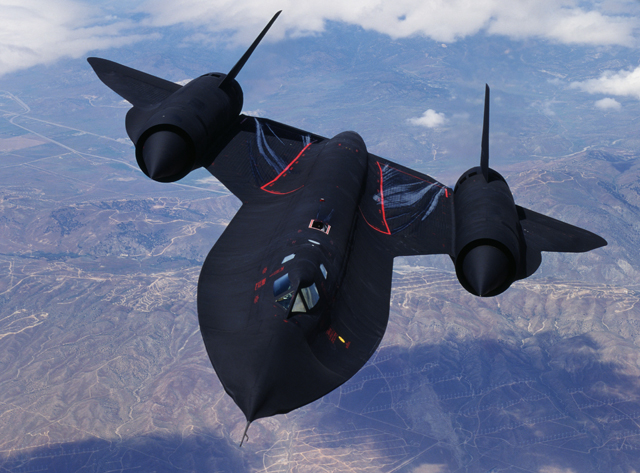 There was no doubt Johnson's clever move to combine the fuselage and jet engine of a Lockheed F-104 with the high-aspect ratio wing of a glider had paid off technically. But was the U-2 a financial success?

The CIA was not in the business of developing new aircraft, so the financial arrangements on the U-2 deal were unique. At one point, the secrecy-obsessed CIA mailed a cheque for $1.2 million to Johnson's house, to keep production on schedule.

Johnson appeared to assume great financial risk with the CIA deal. After all, he had quoted a $28 million price in 1954 to the US Air Force for the same aircraft, but the service deemed the bid far too risky. A year later, however, Johnson signed essentially the same deal with the CIA for $22.5 million. He knew the CIA deserved a discount because the agency imposed far less "red tape" on contractors, but the terms of the deal still made him nervous. So, the CIA agreed to review the costs three-quarters of the way through the programme.

By that spring of 1958, however, it was clear that the review was a waste of everyone's time. Instead of breaking the CIA's $22.5 million funding limit, Skunk Works' total costs for the contract came in at slightly over $17 million, according to the agency's declassified, official history of the U-2 programme. After including Lockheed's 11.5% profit fee, the CIA's total spending on the original U-2 contract still added up to less than $19 million.

In a remarkable twist in the familiar acquisition story, the government customer received a revolutionary capability on time – and a refund.

Lockheed observed the 75th birthday of its heralded Skunk Works organisation on 14 June, with a ceremony in Palmdale, California – where Skunk Works appears as active as ever. The organisation that flew the XP-80 jet fighter in 1944, Mach 3.2 SR-71 Blackbird in 1964 and the stealthy F-117A in 1981 is still pushing boundaries.

As one team works to develop a compact fusion reactor, other Skunk Works groups are leading Lockheed's bid for the US Navy's MQ-25 unmanned tanker contract, pursuing hypersonic vehicles and weapons and designing the replacements for the F-22 fighter and C-130J tactical transport. More projects probably fill hangars and shops around the Palmdale complex that remain closed to outsiders.

In each project, both the company and its customers are seeking to rekindle the magic that fuelled the Skunk Works' 40-year string of breakthroughs from the 1940s to the 1980s. In that period, the only thing perhaps more impressive than the performance of aircraft Skunk Works made was how the organisation made them. To paraphrase Johnson's motto, Skunk Works made its inventions quickly, quietly and on time.

Johnson eschewed the committee-based approach to decision-making in aircraft design. He described his aversion to that standard process in a 1983 interview with CBS News's 60 Minutes magazine programme: "We’re into the era where a committee designs the airplane. You never do anything totally stupid, you never do anything totally bright. You get an average wrong answer. And very expensive."

Another example of Johnson's hard-boiled managerial style can be found in a memo sent to Skunk Works staff in January 1963, as they were struggling to deliver the M3.2 A-12 to the CIA while starting up the SR-71 follow-on project. The subject line of the memo, now stored in the aerospace collections at the Huntington Library in San Marino, California, reads: "Idiot charts and related subjects." 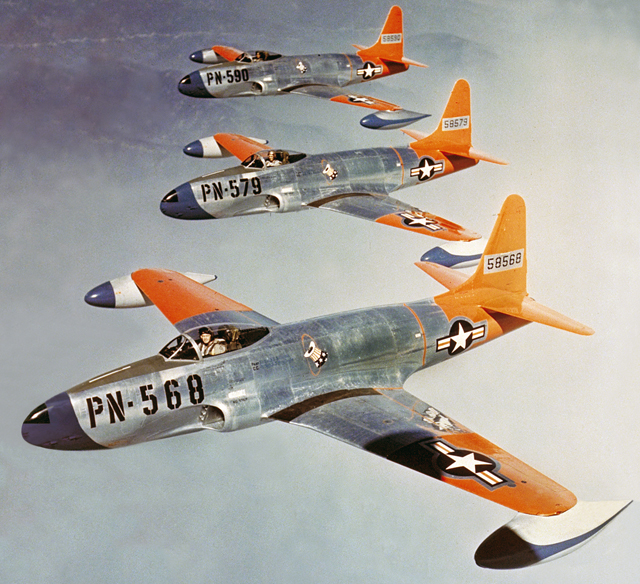 "Some of our new members are drawing up 'idiot' charts," he wrote. An idiot chart, he explained, is "one that states by written sentence a subject which is perfectly clear to the audience and which should be to the [sic] presentor. It is generally designed to allow the presentor to spend 4 or 5 minutes on things having nothing to do with the chart."

He concluded: "We will continue to make charts in the old-fashioned manner, which means that they will be few in number and present things in a clear, sharp manner and, if we can't do this, we won't make a chart, for we obviously don't understand the subject ourselves."

Jack Gordon, who led Skunk Works from 1994 to 1999, joined the organisation to work on the SR-71 programme in 1964, while Johnson still ran the unit with a well-honed management system. Johnson had little patience for engineering committees and bureaucratic process. He favoured quick decisions, even if they led to mistakes that had to be fixed later.

"He had a board review process," Gordon recalled in a public speech on 24 March. "So everybody would stand up at a board, and Kelly would walk through, and he'd say, 'We made a decision last week to make the wing sweep 34˚. How'd that work out?’ And you were expected to be able to answer how that worked out.

"We kept a decision book. Kelly would say: 'Golly, that [34˚ sweep] didn't work out too well. Let’s try 36˚'," Gordon adds. "Then we'd write that in the decision book. And everybody would work on 36˚. The genius of that when you think about it is you just took the dither out of the system. He kept the group focused and all working in the same direction and we did."

Taking the “dither” out of the engineering process is harder that it may seem. In the course of inventing solutions to unexpected problems, it is often tempting for engineers to make decisions slowly and only after careful analysis.

Not for Johnson. In a 2010 interview for an oral history project, Joe Szep, one of the 25 engineers picked by Johnson for the XP-80, described what made Johnson's approach different. "When two engineers come together and have problems, trying to decide, in a normal operation they say: 'Gee, we better form a committee.' And the committee, says: 'Oh, we have to form a task force and study this.' Pretty soon a task force gives a report. Then they have to study that and come up with an answer. By that time, a month had gone by. Kelly came in and says: 'We’ll do it this way.' Every day he made a decision that allowed us to go ahead. And that was the secret of the Skunk Works," said Szep.

Officially, Skunk Works' practices are codified in Johnson's "14 Rules" for managing projects. In broad terms, the rules called for establishing a "small" government programme office, which should delegate nearly complete control over design and suppliers to a Skunk Works manager running a team whose numbers were limited in a "vicious" manner. The small team was expected to use a "simple" system for releasing engineering drawings to the shop, while allowing as much flexibility for making changes as possible.

The rules were a product of Skunk Works' origins in 1943. At the time, Lockheed was overwhelmed with its duty to deliver 35 new fighters and bombers every day. When Johnson won a contract to build an exotic, 500mph jet fighter, Lockheed chief executive Robert Gross informed him he was on his own.

Gross may have hoped to discourage Johnson from taking on the project, but instead he gave him exactly what he wanted.

Johnson hand-picked 23 engineers and 105 shop mechanics and set them up under a circus tent and walls made of wooden crates on the edge of Lockheed's property in Burbank. Isolated and undisturbed, Johnson's team could work on their secret military project without corporate intrusion. It was in this climate of secrecy one day that one of Johnson's hand-picked engineers answered the phone with the unusual greeting: "Skonk Works” – a joking reference to a moonshine still in a popular comic strip. Much to Johnson's chagrin, the name stuck.

That group formed a company within a company – a tiny cell that could act with the agility of a start-up but call upon the infrastructure and financial resources of a larger company. The idea became a model for innovative processes far beyond Lockheed.

Mainly, the idea spread because the XP-80 was successful. The US Army Air Corps gave Johnson 180 days to deliver the aircraft. The first XP-80 was handed over to a ground test team in 143 days. The UK-built Halford H-1 engine was lost on the first day of testing, as the XP-80's inlets buckled under the unfamiliar strain of jet propulsion. A new engine was ordered and the Skunk Works still beat the deadline for first flight by a week.

Johnson's organisation was not always successful. As the U-2 was flying deep behind the Iron Curtain in the late 1950s, Skunk Works was developing a M2.5, liquid hydrogen-powered reconnaissance aircraft for the USAF under Project Suntan. The aircraft, designated the CL-400, might have met the USAF's performance specifications, but Johnson demanded that the military cancel the programme anyway. The challenges posed by the logistics and design constraints of liquid hydrogen fuel persuaded Johnson that the project was not worth it. The USAF objected at first, but cancelled the contract in February 1959.

By then, of course, Johnson was already deeply involved in a competition to build a high-speed successor to the U-2 for the CIA, which became the A-12 Cygnus under Project Oxcart.

The A-12 – which led to the SR-71 Blackbird family of aircraft – got started 17 years after the XP-80, but 58 years on, it still seems futuristic. It remains the fastest manned aircraft to fly an operational mission, requiring new structural materials and the unique Pratt & Whitney J58 turbo ramjet. Skunk Works needed two and a half years to achieve first flight of the A-12 – not less than six months as on the XP-80. But the project proved that the Skunk Works approach could be used to solve the hardest industrial challenges.

"We used the most direct approach to the design and testing and constructing of things that is possible," Johnson told the 60 Minutes interviewer in 1983. "They didn't think we could do that when we were going into production on the SR-71, the big complicated airplane, but we were able to adapt our methods so that we built the airplane quickly and relatively cheaply, and built every one of them."