With American Airlines' effort to streamline its narrowbody fleet well underway, the carrier has turned its attention to the widebody side of the aisle.

American dropped a legacy-US Airways order for 22 Airbus A350-900s in favour of adding 47 more Boeing 787s to its fleet on 6 April, eliminating what had the potential to add more complexity to its fleet over the long term. 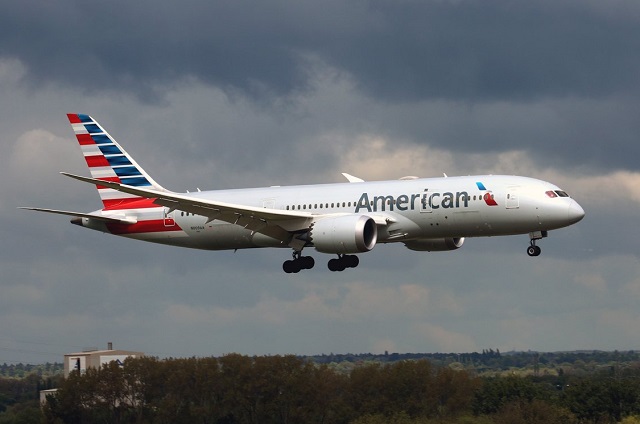 The move was widely expected, with the decision to cancel the A350s already widely reported, and the carrier's executives on record saying they preferred less fleet complexity as they evaluated the future of the Airbus order.

"It reduces complexity to the fleet, and the A350 would have added complexity, and they're all about doing that," says Helane Becker, an analyst at Cowen, on the decision.

The order, which American chief financial officer Derek Kerr said on 6 April is a one-for-one replacement of existing widebody aircraft, replaces 22 aging Boeing 767-300ERs, as well as its nine Airbus A330-300s and some Boeing 777-200s.

The airline operates 20 787-8s and 15 787-9s with orders for another seven -9s, Flight Fleets Analyzer shows. The new order will raise its Dreamliner fleet to 89 when all of the aircraft are delivered.

"We have to do a lot of suboptimising in terms of where we want to place aircraft," American president Robert Isom said of the numerous aircraft sub-fleets within the company's mainline fleet during an investor day in September 2017.

He outlined plans to reduce the number of sub-fleets, which include different aircraft types as well as different seating configurations on the same type, to 30 from 52 by 2020.

"It's going to make the airline easier to schedule, better in the long run and enable us to do things we haven't been able to do in the past," said Isom. He forecast a roughly $500 million annual revenue benefit from just streamlining seating configurations by 2021.

The airline operates four widebody families today, the three above plus the 767, and seven types including the A330-300 and 767-300ER.

"On the widebody side, it makes more sense to have fewer types and greater numbers of those," says Hunter Keay, an analyst at Wolfe Research. He adds that this differs from narrowbodies, where it makes sense to "mix and match" different sizes to closely match capacity to demand.

American's deal with Boeing also manages capital expenditures. After peaking at $6.2 billion in 2015, when most spending stemmed from the airline's massive narrowbody refleeting programme, capital investment is forecast to fall to $3.7 billion this year, with $1.9 billion related to aircraft.

This decrease is allowing the carrier to invest more in needed non-aircraft items, like at airports and completing final integration items, as well as increase shareholder returns to the general support of Wall Street.

However, prior to the 787 order, capital expenditures were forecast to begin climbing again to more than $4 billion in both 2019 and 2020. Aircraft commitments were $2.73 billion for those years, rising to $2.83 billion in 2021, a securities filing in February shows.

The 787 order, while a net addition of firm aircraft to American's orderbook, meters deliveries and capital outlays. Aircraft commitments are now $2.5 billion in 2019 and $1.7 billion in 2020, which assumes sale-and-leaseback financing for some of the 787-8s, an investor update on 10 April shows.

"[It] lowers the capital burden for us," says Kerr in the podcast.

Becker agrees that this is a prudent strategy for American, noting that the airline is working to keep its fleet young and efficient while also managing capital expenditures.

One door that American's order appears to close, at least for now, is the prospect of an early order for Boeing's proposed New Mid-market Airplane (NMA). The 230- to 270-seat aircraft family is designed to replace Boeing 757s used for longer missions, like across the Atlantic, and 767s – two needs that the airline faced prior to this order.

American's timeline may have played a significant factor in its decision. The NMA is not expected to enter service until 2024-2025 – if it stays on schedule – while the airline will begin taking 787s to replace its 767s in 2020.

Kerr, though he has not commented on the NMA, says American could have invested roughly $15 million in each 767 to extend their lives for another six to seven years instead of ordering new aircraft. It opted to place the 787 order, suggesting American's internal analysis determined that the cost of refurbishing the fleet was not worth the wait for the NMA or a similar aircraft.

Delta Air Lines and United Airlines, which also operate 757s and 767s and have similar fleet needs as American, have expressed strong interest in the NMA. However, executives at United are also openly sceptical of the timeline.

"I'm not so sure it'll show up in the 2024-2025 period," United chief financial officer Andrew Levy told FlightGlobal in March. As a result, the carrier is not yet factoring the NMA into its long-term fleet plans despite its strong interest.

American could yet become a NMA customer, though the Airbus A321LR is also a strong candidate in keeping with its fleet streamlining, when it looks to replace its 757s. That decision, though, is still a few years down the road.