ANALYSIS: Asian airlines and the allure of long-haul, low-cost

The long-haul low-cost model has its share of doubters, but it also has a distinct allure that draws airlines into contemplating such offshoots.

When SpiceJet firmed an order for 100 Boeing 737 Max 8s last week, the broader package had 50 purchase rights that could include widebody aircraft. The Indian low-cost carrier’s chairman Ajay Singh has since said that the airline would consider the 787, using it to launch a long-haul business.

Last year, HK Express chief executive Andrew Cowen told FlightGlobal that he believes the long-haul low-cost model will “work out” in due course, and is an opportunity for the airline in the medium-term.

“People who say long-haul LCC wouldn’t work, I don’t think they know what they’re talking about to be honest. It takes a long time to mix ingredients to get the perfect cake doesn’t it? There is trial and error and it will get there, I’m absolutely sure,” he adds.

The long-haul low-cost model is considered viable because airlines are aware than even small savings count for much to a majority of the travelling public. This is evident from the growing market share of low-cost airlines globally.

While short-haul budget operators are able to cut costs through high aircraft utilisation, quick turnarounds, no-frills, and flying to secondary airports, translating into lower fares, things get more complicated for a long-haul player.

The newest contender in Southeast Asia, Cebu Pacific, launched its long-haul operations in 2013. Chief executive Lance Gokongwei readily conceded that the unit’s first year of operations was “very painful”. It quickly learnt that the main distribution channel for long-haul is unlike that of short-haul. It also did not anticipate that once it announced the launch of services to the Middle East, Philippine Airlines and the gulf carriers would also get aggressive, essentially doubling capacity within a year.

Nonetheless, Cebu is a fast learner, and it appears to have found a comfortable position, managing to be “solidly profitable” just a year after launching. The carrier has stuck to its conservative stance when it comes to fleet size, and has seven Airbus A330-300s in service. Its ASKs have increased consistently from 1.3 billion in 2013 to 9 billion last year. 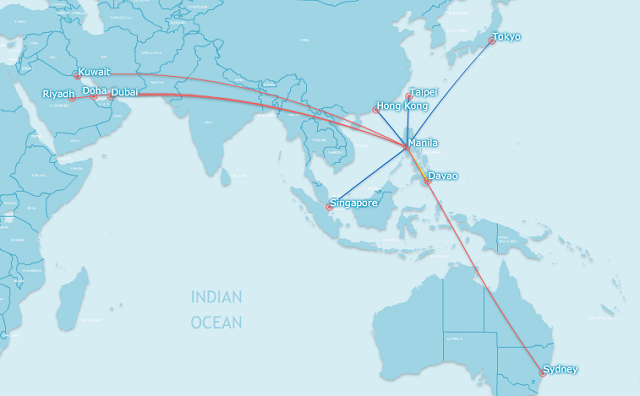 Its strategy has been simple – to fly direct services to destinations where there is a concentration of price sensitive Filipino workers, so as to tap on the strength of the airline’s brand among locals. Its network has hence naturally focused on the Middle East – Kuwait, Riyadh, Doha and Dubai, and reaches Sydney and Guam.

Meanwhile, the pioneer of the region’s long-haul game, AirAsia X, has had its fair share of ups and downs since launching 10 years ago. Of its eight years of publicly available financials, it was profitable in four years. More recently from 2013 to 2015, however, it was consistently loss-making.

During these three years, then-chief executive Azran Osman-Rani’s strategy was to add capacity – particularly to Australia – in order to stimulate demand. It was essentially “paying for growth ” - aggressively pumping in capacity at the expense of yields.

Investors however lost patience with this strategy, and Benyamin Ismail was appointed to lead a turnaround. He imposed hiring freezes, renegotiated contracts for aircraft leases and maintenance, and reviewed its network to cut routes that were “bleeding like crazy”. It cut services to Nagoya, Narita, Adelaide and Chongqing, and reduced capacity to Sydney, Melbourne and Perth.

These more fuel-efficient types will help the airline re-enter Europe when they come onboard from 2018. The group’s other long-haul units are in Thailand and Indonesia.

Of the handful of long-haul budget operators in Southeast Asia, Singapore Airlines’ subsidiary Scoot has the most advanced fleet with 12 Boeing 787s.

Even with these new-generation fuel-efficient jets, however, its network remains largely regional. Its longest flight is a 9h 25min service to Jeddah, and other intercontinental services are to points in Australia.

Scoot recorded its first full-year profit in fiscal 2015, and was also in the black in the first half of fiscal 2016. The carrier is undergoing an integration with sister carrier Tigerair, which should allow it to build more transfer traffic. 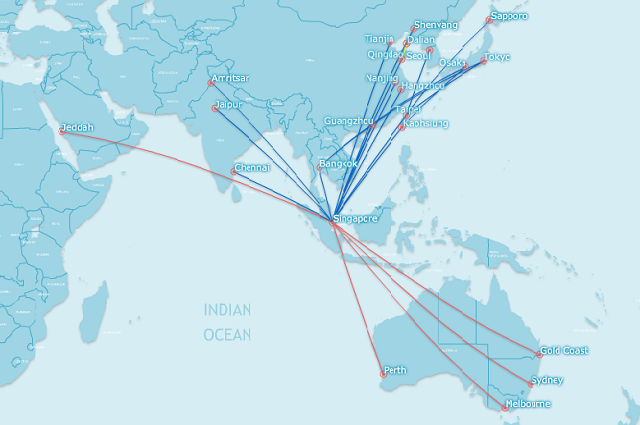 The carrier has ruled out expanding to Europe or North America in the short-term, and sees potential in China, Japan and India. It also has a 49% stake in Bangkok-based NokScoot, whose growth has been curtailed by ICAO’s safety concerns on Thailand’s regulatory regime. It plies three Boeing 777-200ERs to seven points in China, but has been unable to access the key Japanese and South Korean markets.

The mixed performance of these operators indicates that the long-haul low-cost model is still by no means a guaranteed winner. One prominent airline boss, Lion Air's Rusdi Kirana, has been highly dubious about the model. Vietnam low-cost carrier VietJet Air has periodically flirted with the idea, but has been put off (for now, at least) by the sheer complexity of integrating long-haul operations.

Productivity advantages of the low-cost model are often lost on the long-haul operator, which quickly find that they need feed for their flights, passengers need some frills on longer journeys, and that there are fewer secondary airports where their widebodies can land.

Increasingly, they also have to contend with legacy carriers which are taking on budget operators by unbundling fares, providing customers with more options.

The region’s strong demand for air travel will no doubt provide long-haul budget operators with traffic, and the current fuel price and new aircraft types will also help their balance sheets. The model, while still far from mature, has a potential that will continue to tempt the region's airline bosses.