The business jet market experienced a modest hike in shipments in 2018. While performance across each segment was mixed, there is a widespread consensus that the industry has finally turned a corner, aided by a strong US economy and the introduction of a plethora of new, innovative and reinvigorated aircraft models.

In its latest annual industry review, released on 20 February, the General Aviation Manufacturers Association (GAMA) records deliveries in 2018 of 703 business jets: a 26-unit, or 3.8%, year-on-year increase.

GAMA singles out the light-jet sector as the strongest performer during the review period, with a resurgent US market – around 70% of the world's inventory in this class – helping to lift output for this crowded category from 271 aircraft in 2017 to 315 last year. This was a rise of more than 15%, and marked the highest annual shipment tally for this segment since 2010.

Cirrus made the strongest gains, with an output of 63 Vision Jets – almost treble the 22 examples delivered in 2017. The single-engined personal jet has now entered its third year of production, and Cirrus – developer of the SR family of piston singles – is planning to ship 80 units this year, and around 100 per annum from 2020 to clear its 540-strong order backlog. 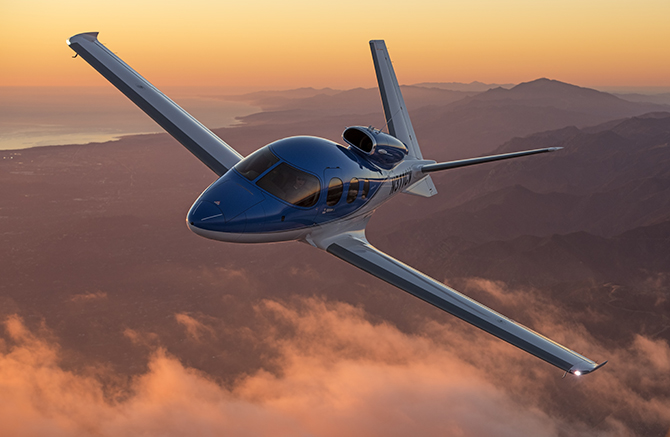 The Pilatus PC-24 made its debut within the GAMA report for 2018, with 18 of the superlight twins shipped to customers between February and 31 December. While this was slightly short of the 23 units planned for the period, the Swiss airframer should more than make up this shortfall in 2019, with deliveries of 40 examples forecast. Pilatus is expected to open the second order round for the Williams International FJ44-4A-powered type later this year. The airframer, headquartered in Stans, sold the first batch of 84 aircraft within 36h of starting to take commitments in 2014.

Cessna continues to dominate the light-jet sector, with four Citation-series models contributing 121 deliveries last year – more than one-third of the segment’s output. This compares with 113 shipments in 2017, when its line-up also included the now axed Mustang. While output for its entry-level M2 fell by five units, to 34, gains were made by the CJ3+, CJ4 and XLS+, reinforcing the value of the iconic Textron Aviation-owned product line to the global marketplace.

By contrast, relative newcomer Honda Aircraft recorded a six-unit fall in output of its HondaJet, to 37. The Japanese airframer blames the slide on customers switching to its new Honda Elite – an upgraded version of the six-seat jet that was introduced in May 2018 and entered service in August. Honda Aircraft says it has a “healthy backlog”, however, and its goal this year is to deliver 40-50 aircraft.

Meanwhile, fierce competition at the lower end of the business jet market has impacted Embraer. GAMA recorded deliveries of 11 Phenom 100EVs – down six on the previous year – and 53 Phenom 300EVs. While this was a drop of only one unit, it marked the sixth consecutive year of falling output for the type, its data shows.

Embraer attributes the slide to its decision to focus on profitability and price at the expense of higher volumes. This tactic has also impacted its midsize offerings, with deliveries of the Legacy 500 down by three, to six, and Legacy 450 shipments flat, at 14. The Brazilian airframer is hoping to boost output this year, on the back of a “very strong orderbook” for its new Praetor 500 and 600 models, which are scheduled for service entry in second half of the year. The pair were unveiled last October, and are described by the company as "the most disruptive and technologically advanced jets in the midsize segment”. 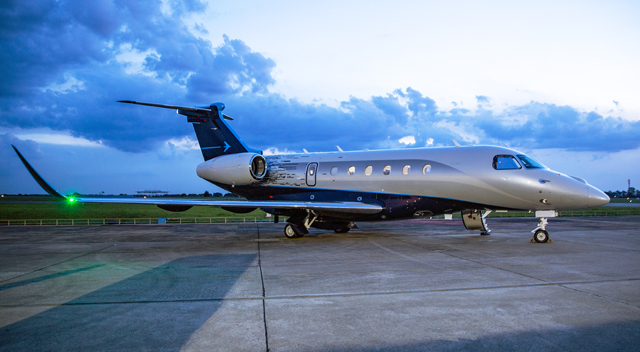 The overall performance of the midsize sector was mixed. GAMA’s data shows that total output fell by three units year-on-year, to a total of 179 aircraft. Bombardier’s Challenger 350 – consistently the classes' strongest performer – recorded a four-unit increase, to 60. Gulfstream’s similarly-sized G280 experienced a one-unit drop, at 30.

Once again, the Latitude was the most-delivered aircraft in the Citation line-up – thanks largely to a 2015 order from fractional ownership company NetJets for 175 examples. A three-unit increase took annual output for the eight-seat jet to 57 aircraft. Deliveries of the Sovereign+ however, slid from nine to six, as demand for Cessna's legacy Citation models continues to wane. The aircraft could suffer a similar fate to its midsize stablemate, the X+, which was cancelled in 2018 after a 22-year production run, following persistent low delivery output.

Like Embraer, Cessna will be hoping the introduction in the first half of 2019 of its new midsize offering, the Longitude, will bolster its share in this segment.

For the top-end of the business jet market, 2018 was underwhelming, due to continued soft demand from the traditionally strong markets of China, Russia and the Middle East.

Gulfstream was the only airframer in this sector to record an increase in output, thanks to the introduction in October of its G500. The superwide-cabin type contributed nine units to Gulfstream’s 2018 tally of 92 aircraft, with the line-up also consisting of the G550 and G650/ER. This compared with 90 in 2017, GAMA says, when the last G450s rolled off the production line. Output is predicted to climb in 2019 to 145 aircraft, as production of the G500 accelerates, and its G600 stablemate enters service during the second quarter. 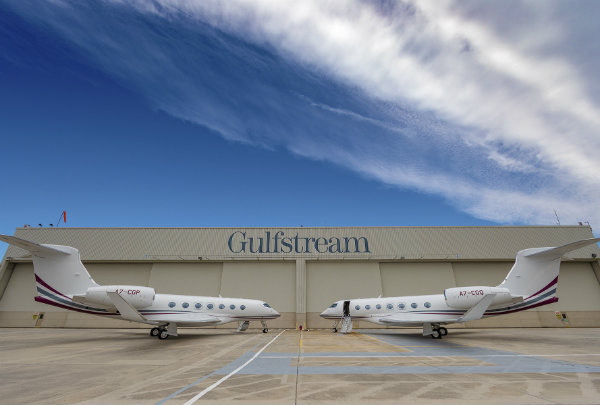 Bombardier is also set to boost its high-end business jet output this year, on the back of new aircraft programmes. The Canadian airframer had a lacklustre 2018, recording shipments of 65 Challenger 650ERs and Global-series aircraft, against 68 units the previous year. Its flagship model, the Global 7500, entered service in December, with a backlog of around 110 aircraft. It is now ramping-up production, with a plan to deliver between 15 and 20 of the ultra-long-range jets this year, and up to 40 units in 2020.

The GE Aviation Passport-powered twin will be joined in the second half of the year by the latest Global family members, the 5500 and 6500. The pair were launched in May 2018 as longer-range versions of the Global 5000 and 6000, featuring the all-new Rolls-Royce Pearl 15 powerplant, revamped interiors and new wings designed by Mitsubishi Heavy Industries. An order tally has not been disclosed yet, but Bombardier says “customer demand has been strong”.

Dassault is hoping its in-development, superwide-cabin 6X will have a positive effect on its Falcon output, following a feeble 2018. Fierce competition in the large-cabin sector saw deliveries of its twin-engined 2000LXS/S and 900LX, 7X and 8X trijets fall by eight units, to 49 aircraft.

After a delivery drought spanning seven consecutive quarters, Airbus finally handed over a green ACJ320 at the latter end of 2018. Soft demand for VIP airliners – particularly in the Middle East – has squeezed sales of its ACJ family. The airframer has an order backlog for only one widebody – an ACJ350-900 – and 10 ACJ319/320neos. The first example from the re-engined single-aisle family, an ACJ320neo, was delivered in January to Swiss completion house AMAC Aerospace. Service entry with its UK owner Acropolis Aviation is scheduled for year-end. 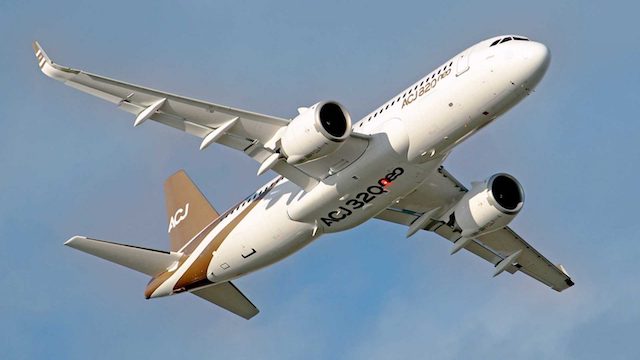 Boeing fared better, shipping two green BBJ 777-300ER widebodies, a pair of 737-derived BBJs, and its first two BBJ 737 Max 8s. This compared with nine twin-aisle deliveries in 2018. As with Airbus, demand in the narrowbody segment is shifting to its re-engined variant, with 19 orders for its three-strong BBJ Max family secured to date: 12 Max 8s, four Max 7s and three Max 9s.