The grounding by the Civil Aviation Administration of China of Boeing 737 Max aircraft in operation with local carriers removes the single largest fleet worldwide from operation.

According to data from Cirium’s Fleets Analyzer, at the time of the Ethiopian Airlines accident on 10 March, there were 371 737 Max aircraft in active service. At that time, Fleets Analyzer showed 14 737 Max aircraft already in storage for reasons unrelated to the accident. Just over a quarter of the Max fleet was in operation with Chinese carriers - 97 aircraft. 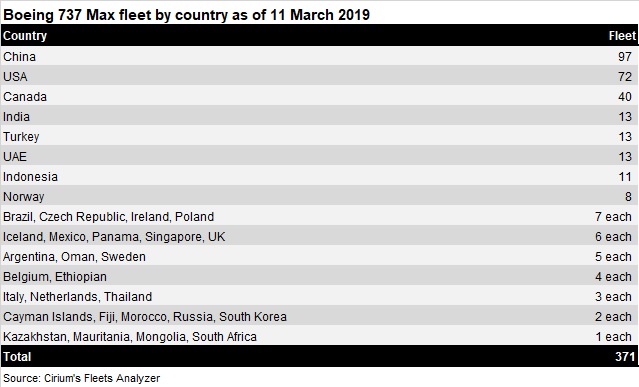 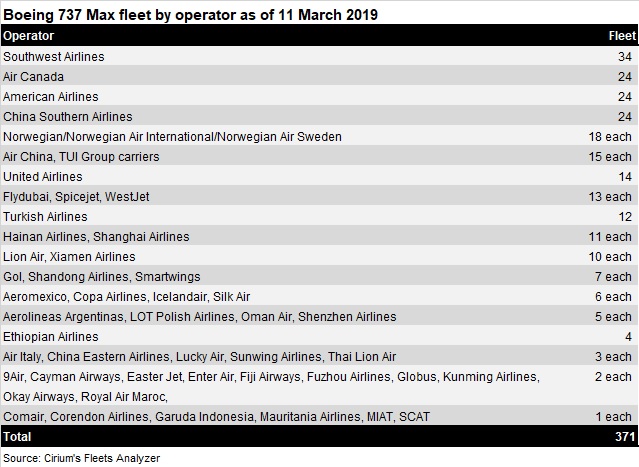 The Max fleet is currently spread across 54 operators based in 34 countries. Asia-Pacific carriers currently account for the largest fleet of 737 Max aircraft – 136 aircraft (37% share).

The USA is the second largest Max market, with 72 aircraft in service. This Includes 34 aircraft flying with Southwest Airlines, which is the largest Max operator worldwide. Other major US operators include American Airlines (24) and United Airlines (14). 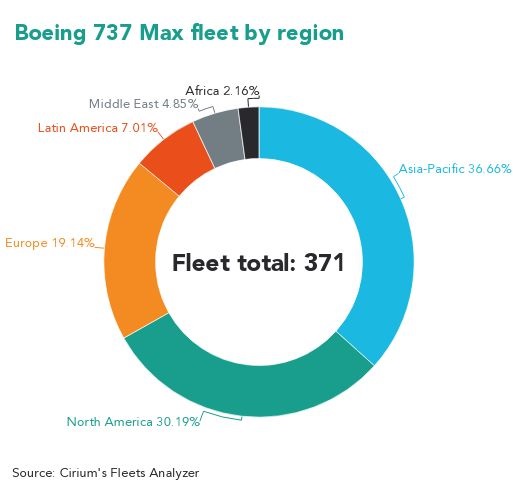 The other large Max fleet is centred in Canada, where 40 aircraft are in service with Air Canada (24), WestJet (13) and Sunwing Airlines (3).

North America is the second largest region, with a 30% share (112 aircraft), while European operators account for around a fifth of the fleet (71 aircraft).