The development of future combat aircraft ­– fifth- or sixth-generation fighters and unmanned combat air vehicles – is at the forefront of military planning.

But aside from the platforms themselves, a new generation of weapons is also in the pipeline to add greater precision and lethality at increased stand-off ranges.

Combat types entering operations now, such as the Lockheed Martin F-35 Lightning II, already have an upgrade plan in place to add ever-more sophisticated munitions over the life of the aircraft, but work is also under way to explore future concepts.

Further ahead, research is being carried out on hypersonic and autonomous capabilities, but the adoption of such technology is not yet clear cut.

But for now, the F-35 will carry many of the weapons already used by the legacy types it is replacing, albeit with incremental software upgrades to allow for the integration of new munitions.

There are a number of national developments – particularly in Europe – that will be introduced to the aircraft as they enter service with different customers. This includes the Kongsberg/Raytheon Joint Strike Missile for Norway’s F-35s, which is expected to be qualified in 2017.

Turkish company Roketsan’s SOM-J cruise missile, meanwhile, will be available with the F-35’s Block 4 software package that is scheduled for 2023-24; qualification trials of the weapon are expected to begin in 2018. Integration of the SOM-J on Turkey’s Lockheed F-16 Block 40 fleet is also expected in 2018.

The UK also has a list of indigenous weapons that it would like to integrate with the Block 4 software load, including the MBDA Meteor, the Spear 3 and the newly configured advanced short range air-to-air missiles (ASRAAM), plus the introduction of Raytheon’s Paveway IV with a new penetrating warhead.

Other more conceptual weapons for the F-35 include a nuclear weapon for the carrier-based F-35C variant, which would add to the USA’s nuclear deterrent.

While this concept has yet to translate into a definitive programme, the conventional take-off and landing F-35A, however, will be part of that nuclear programme. From 2021, it will carry the B61-12 guided nuclear bomb being developed by the US Air Force and National Nuclear Security Administration. The latter agency recently gave the go-ahead for the production engineering phase of the programme, which consolidates four B61 variants and adds a guided tail kit for improved accuracy. 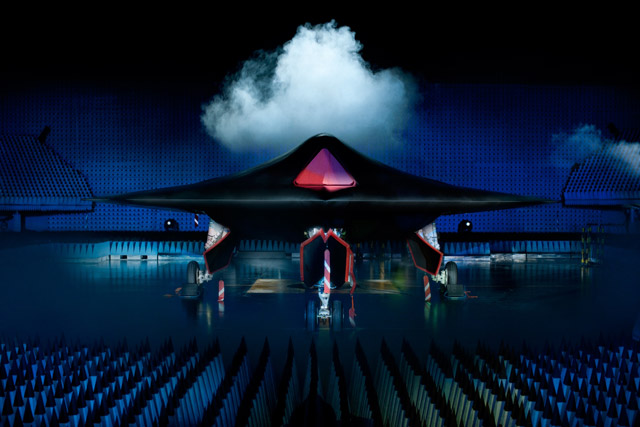 Further ahead, many future air-launched concepts are still at the technology development level, and are not yet aircraft-specific – or even weapon-specific.

Under the USA’s Prompt Global Strike programme, hypersonic propulsion has been trialled on a number of test vehicles. The initiative seeks to develop a missile that can strike anywhere in the world within 1h.

Although the hypersonic programmes of China, Russia and the USA have garnered most of the headlines, Europe, too, is making advances in the high-speed domain.

French aerospace laboratory Onera and missile manufacturer MBDA began development of the LEA hypersonic prototype in 2003, which was expected to transition to a flight-test campaign in Russia. Military and political tensions with Moscow have undoubtedly hindered the programme’s ambitions, but little detail has been released on recent progress.

The 4.2m (13.7ft)-long ramjet-powered LEA test vehicle was expected to be dropped from a Tupolev Tu-22M3 bomber during the trials and integration work had been carried out using windtunnels at Russia’s Central Aerohydrodynamic Institute.

MBDA’s François Falempin explained in a NATO paper on hypersonic technology that six tests were planned between 2010 and 2012, which were to explore flight somewhere between Mach 4 and 8.

“Such a flight-test programme will give the opportunity to define, implement and validate a development methodology applicable to any future operational development,” he said.

While LEA has hit a developmental hurdle, MBDA has continued to plough research and development funds into high-speed technology.

Through its participation in the Anglo-French Materials and Components for Missiles Innovation and Technology Partnership (MCM ITP) – jointly backed by the UK Ministry of Defence and the French DGA procurement agency – the company has worked on a number of initiatives, including hypersonic airframes.

The 2013 MCM ITP demonstrated that a carbonfibre-reinforced ceramic matrix composite material could withstand the temperatures required – up to 1,100°C (2,012°F) for several minutes.

“This material provides a significant increase in capability for future missile systems, not only in hypersonic applications, but in any application where low-cost, high-strength, low-mass materials are required,” the company says.

All the hypersonic concepts developed by MBDA are at low technology readiness levels, but there are tangible avenues for their future use.

Perseus included two guided effectors ejected from the payload module, with a third warhead remaining on board for a “dispersed lethal effect on multi-elements targets” such as large ships or ground-based missile systems.

While Perseus remains at the concept level, this – alongside the other hypersonic research that MBDA has carried out – could roll into the Future Cruise Anti-Ship Weapon (FCASW) that the UK and French defence ministries are funding to replace their Scalp/Storm Shadow and Harpoon/Exocet munitions.

An agreement for the programme was signed during a meeting of the two nations in March 2016, kicking off a joint concept phase for FCASW.

The two governments hope to finalise the pact by the end of 2016, leading to a contract award in early 2017. The findings from the initial stage of the programme will be used to inform a replacement decision by 2020.

No detailed specifications of the missile have been revealed, but it is logical that high-speed technology will be incorporated into the design, not least thanks to the levels of investment in hypersonic by both the British and French units of MBDA.

The stand-off range that hypersonic technology offers is becoming increasingly important as air defences become more advanced, but speed alone may not be sufficient.

From a US perspective, the threat from China’s anti-access area denial approach to operations means that autonomy is increasingly being introduced into weapon systems so that the launch vehicle or control station does not need to be near enemy territory.

But the move from man-controlled systems with autonomy built in, to fully autonomous systems, is a big leap on several levels.

The definition of an autonomous weapon system is very much open to debate, but it is largely considered to refer to a platform that can adapt to the mission it is conducting, and can select and engage targets within pre-determined boundaries.

Addressing the Royal Aeronautical Society in London in June this year, Colin Wills, aerospace and business consultant for Fighting Edge, argued that given increasingly sophisticated air defences – notably from China and Russia – autonomous weapons are becoming a necessity.

There are different levels of autonomy, he says, pointing out that current designs, such as MBDA’s Brimstone, ASRAAM and Meteor missiles, all feature autonomous elements.

“Truly autonomous systems do not currently exist,” Wills says, adding that “these [autonomous weapons] will not be used just because they are the newest technology available”.

Under his categorisation, the highest degree of autonomy – level five – is a system requiring no human interaction at all.

This, Wills says, should not be used indiscriminately: “I would only advocate level five in a high-threat environment.”

Technological issues aside, political considerations have long been thought of as the main stumbling block to the widespread uptake of autonomous weaponry. However, Wills says that research he carried out concluded that 86% of people do not consider the use of autonomous weapons to be less ethical than their conventional counterparts.

Discrimination is a key element to the use of lethal force within the laws surrounding armed conflict, Wills adds, and autonomous weapons could be even more selective than a human carrying out the same operation.

“Too much weight is given to the human element in times of stress,” he notes, adding that the justification for their introduction is simply “a range and endurance equation”.

However, while the theory may support the use of a fully autonomous weapon system, government policies do not.

For example, the UK’s BAE Systems is developing and testing its Taranis UCAV demonstrator which incorporates different levels of autonomy in a stealthy airframe. Wills says it is unclear what level of autonomy Taranis will possess, and current work suggests that “it will only make decisions based on programmed algorithms”, demonstrating high levels of automation, as opposed to autonomy.

Other developments include the pan-European Neuron UCAV development led by Dassault Systems, and the Anglo-French Future Combat Air System.

Autonomous weapon systems could be classified as the air vehicle itself, or a missile or bomb that is deployed from a host vehicle.

A paper from the Stockholm International Peace Research Institute suggests that current weapons such as the MBDA Brimstone, which has a “fire-and-forget” capability, could be considered as an autonomous weapon system.

“Determining whether a weapon should be classified as automated or autonomous is often a matter of contention,” it says. “States and civil society organisations have different understandings of the capabilities required for a system to be considered autonomous, and accordingly they may not agree on the classification of existing systems … as either autonomous weapons or automated weapons.”

This includes Brimstone and the Raytheon Phalanx ship-based weapon system, it notes, which are widely used and incorporate autonomy into their designs.

However, the mere fact that governments are investing in UCAV technology at all, suggests a shift in thinking around automation.

Joseph Savirimuthu, senior lecturer at Liverpool Law School, told the RAeS conference that according to Article 36 (1977) of the Geneva Conventions, when a weapon is invested in, a “high contracting party” is obliged to determine whether the employment of the munition would be prohibited by the conventions or other international law.

In other words, if its eventual use was banned, there would be no point frittering away research and development money.

The clear investment in UCAVs and autonomous weapons by nations such as the UK, France and the USA is an indication that they have an end-use in mind, he argues.