Using digital and hybrid attacks, a radical group had taken control of critical airport systems to feed propaganda through digital channels – but it was all, of course, an exercise.

Organised by ENISA, the Athens-based EU agency for network and information security, the two-day event featured real life-inspired technical and non-technical incidents designed to escalate into a crisis at organisational, local, national and European levels. It was the latest in an eight-year series of "Cyber Europe" exercises designed to develop the EU co-operation mechanisms needed to respond to large-scale cyber incidents.

As ENISA executive director Udo Helmbrecht put it, evolving technology has paid huge dividends to aviation but also brought new threats. And, he says: "European countries and organisations working together as one entity is the modern response to borderless cyber threats."

These threats are confined neither to civil aviation nor to Europe. The New York Times report on an October US Government Audit Office review of military cybersecurity was headlined: "New US weapons systems are a hacker's bonanza, investigators find."

In his keynote address to last month’s Cybertech Europe conference in Rome in September, Leonardo chief executive Alessandro Profumo called for NATO to consider investment in cybersecurity to be included in member states' 2% of GDP defence spending target.

Profumo detailed the scale of a cyber challenge that stems from a "rapid digitalisation" of many domains of our lives; globally, 2017 saw at least 1,227 "serious cyberattacks" and the global cybersecurity market – in which Leonardo is a serious player – is booming, expected to grow in value from some €120 billion ($138 billion) last year to €180 billion in 2018.

He called for European member states and institutions "to work alongside technology providers and end users to understand the best way to jointly respond", and praised the European Commission’s September decision to establish a European Cyber Competence Centre. 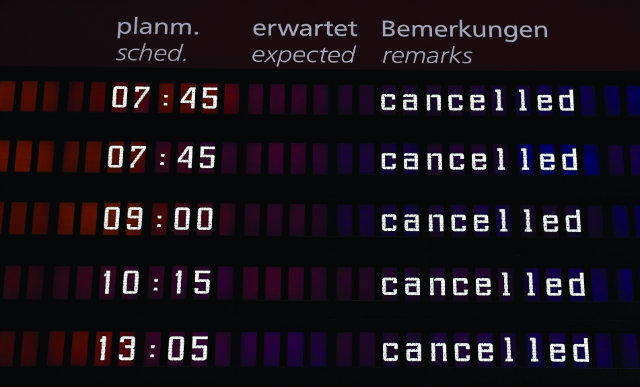 Leonardo itself clearly takes the cybersecurity issue seriously. Profumo pointed to its opening, earlier in September, of a training academy in Lincoln, in the UK, to train specialists in cyber and electromagnetic activities. Just a few days after the Rome conference, Leonardo announced the establishment of a new cybersecurity division.

But to make sense of the cyber threat, take a step back and consider the technical and social changes creating this new environment. Several presentations to Cybertech Europe suggested a useful way to think about the problem: it exists at the point where "IT meets OT"; that is, where information technology and operating technology such as sensors and activators come together to turn data and communications into real-world action.

The military cyber challenge was summed up by Brig Gen Francesco Vestito, chief of Italy’s joint cyber operations command. The hacker, he said, "meets us at the junction between IT and operations technology".

National defence interests, he added, suggest that the military should, if possible, build its own control systems, to be sure it controls what it wants to control rather than be reliant on what a commercial supplier can provide.

However, he said, 85% of cyber systems today are supplied commercially. And the cyber world evolves fast: "There is a new platform every three years! It's not like building an aeroplane that lasts for 20."

Ultimately, said Vestito, the key to deterrence is attribution of every input. The old adage: "if it ain't, broke don't fix it" fails in cyberspace – because if it's working OK, "somebody is on to you!"

Realistically, Vestito's concerns about reliance on commercial suppliers need to meet Profumo's call for states to work alongside technology providers and end users. Speaking to FlightGlobal on the Cybertech sidelines, Leonardo’s security and information systems division vice-president for sales technical support, Alessandro Menna, said the company is working with the European Aviation Safety Agency, national air navigation service providers and other European-level stakeholders on a "blueprint" project to ensure at least future systems are "cybersecure by design".

Meanwhile, he added, as a platform provider, the company is designing its own platforms with security built in, and striving to make legacy systems retrofittable.

Critically, collaboration between commercial, state and defence players may be more than economically pragmatic. Leonardo offers clients access to a "threat intelligence platfor", a proactive scheme to identify and predict attempted attacks.

Menna believes no individual company working on its own could match the warning and deterrence power of this network. Time, he said, is critical in combating cyber threats. A few minutes advantage to an attacker can be huge, so airports, power stations, or factories must be able to recognise an attack and respond immediately.

Another old adage is that no battle plan survives contact with the enemy. But, the value of a co-ordinated, collaborative approach may have been demonstrated by ENISA in its June airport attack exercise. Summing up, ENISA observes: "In the end, the participants were able to mitigate the incidents [promptly] and effectively. This shows the European cybersecurity sector has matured over the last few years and the actors are much more prepared."