The highly-publicised disappearance on 21 January of the Piper Malibu PA46-310P piston-single carrying Premiership footballer Emiliano Sala has placed the practice of grey or illegal charter – where aircraft that have not been approved for paying passengers are used for air taxi services – in the spotlight.

The US-registered aircraft (N264DB), carrying Sala and pilot David Ibbotson, was en route from Nantes, France, to Cardiff, Wales, when it vanished from radar near Guernsey in the Channel Islands at around 20:30 local time.The wreckage from the aircraft was located on the seabed on 3 February.

Investigations are now under way to establish the cause of the Malibu’s crash, the licensing arrangements used, and the nature of the flight – in particular whether a commercial transaction was made to transport the young footballer to his new club in the Welsh capital.

Under European regulations, if a flight is operated for hire and reward, it is classified as an air taxi service and the business must be approved by the relevant aviation authority to carry paying passengers. The aircraft must also be approved for this role and piloted by a professionally trained crew under an air operator certificate (AOC).

Questions remain about the nature of the contractual arrangements that led to Ibbotson performing the flight, but so far, it is unclear if anything illegal took place.

Adam Twidell, founder and chief executive of PrivateFly, one of Europe’s largest business aircraft brokers, says sports teams are regular users of private aviation, and football transfer periods – such as the current 1-31 January window – can create a boost in demand for many brokers and operators. 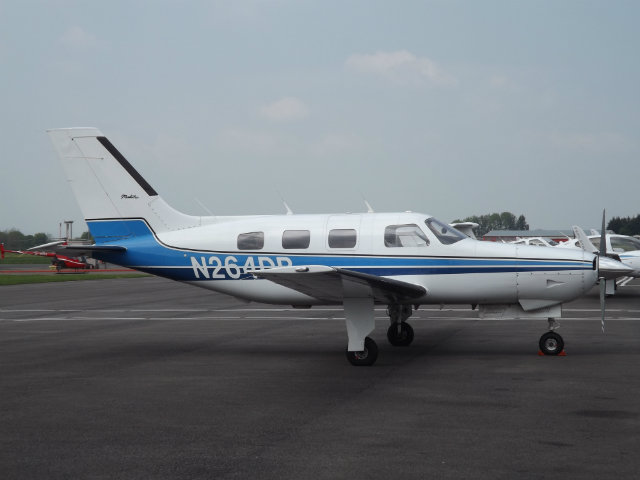 Business aircraft are very ­effective at this time, Twidell says, as “most of the meetings [between agents, clubs and players] are scheduled at short notice, in secrecy and under tight time pressures”.

Private aircraft are often used when two clubs are not on direct scheduled airline routings, he adds, as is the case with Nantes and Cardiff. The cities are connected via Amsterdam, which can add several hours to a journey.

While many business aircraft flights are arranged by reputable brokers and performed by professional operators, Twidell is concerned that people from outside the aviation industry may be unaware of the regulations governing the market and therefore inadvertently facilitate illegal operation.

“It’s time for change,” says Twidell. He is calling on his fellow brokers - who he describes as "the fundamental lifeblood of the business aviation industry" - to take action and help to stamp out the bad practice.

“Most customers enter the business aviation ecosystem through charter brokers,” says Twidell, who is also chair of the European Business Aviation Association (EBAA) charter committee. “This is a commercial pipeline that should not be held back, but must become more professional going forward. We’re at a fragile stage in the business aviation growth cycle, where we cannot risk customers losing confidence in us all due to the shady practices of the few.”

He points to the oil and gas industry as a beacon of good practice “by setting standards to control how their employees fly”. Yet many other industries have far less understanding of the dangers of booking an illegal charter, or even what an illegal charter is, Twidell says.

According to a legal expert, an AOC holder takes all of the operational risk of public transport and is responsible if something goes wrong. For private owners who allow their aircraft to be used for illegal public charter, that risk and liability remains with them – and if a flight is performed illegally it could invalidate any otherwise applicable insurance coverage, including the passenger’s own life insurance.

With the football industry, these suppliers should be consistently approved at club level, he says: “Here we have a very risky cocktail of high-profile, young, wealthy assets who have not always been adequately safeguarded. The Football Association [the sport’s governing body in the UK] must now act, giving guidelines to their clubs on how to transport players safely.”

European business and general aviation industry trade bodies are meanwhile working to drive best practice and eradicate grey charter flights. Last year the EBAA joined forces with the Air Charter Association to gather data, via a joint reporting mechanism with their members, in an attempt to collect evidence about the practice, where it is most prevalent and who the frequent offenders are.

“Ultimately this will benefit not just their members but all passengers, operators, brokers and customers,” says the EBAA.

The industry is also seeking to level the playing field between commercial and private operations, and has secured European Aviation Safety Agency approval to amend two key areas of regulation that it believes drives grey charter: first, allowing AOC holders to use the same runway performance data as their private counterparts, which will open up more airports to the carriers – and second, adjusting crew flight time limitation rules to better reflect the structure of operations by AOC-holder companies.

Marc Bailey, chief executive of the British Business and General Aviation Association, explains that under an AOC, the FTL rules are close to those for a scheduled airline, “even though the operations are not remotely comparable”.

Due to a shortage of legal resources in the EU, Bailey expects the changes to take around 18 months to be incorporated. “In truth this is an unacceptable delay," he says. "We want to remove as soon as possible any incentive to fly private to get round these requirements."