Much has been written about aviation's impact on the environment outside the aircraft, but the spotlight is also intensifying on conditions inside the cabin. As flights grow longer and technology advances, more attention is being paid to improving the onboard health and wellbeing of crew and frequent-flying passengers.

Studies have been carried out and are ongoing on the effects of frequent flying on pilots' and flight attendants' health, and the extent to which cabin air quality and other factors associated with spending long periods of time on board aircraft affect health and wellbeing.

The second part of a study conducted by Harvard University's Department of Public Health, which compares flight attendant health with that of the general public, was published in the BMC Public Health journal in 2018. Its findings suggest a higher risk among flight attendants of a number of medical conditions, including cancer. 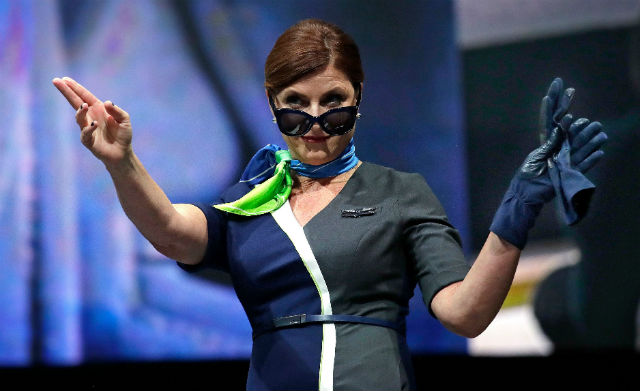 After surveying a cohort of 5,366 US-based flight attendants, researchers contrasted the results with equivalent information on the general public collected for the US Centers for Disease Control and Prevention's National Health and Nutrition Examination Survey during the same 2014-2015 timeframe.

"To our knowledge, we have conducted the largest study characterising the overall health of flight attendants relative to the general population. Consistent with previous studies, we report a higher prevalence of fatigue, depression, anxiety and sleep disorders, as well as reproductive and all cancers," say the authors in their report.

"We also report associations between job tenure and reproductive, perinatal, mental health, and cancer outcomes, as well as peripheral artery disease and sinusitis. Our study informs future research priorities regarding the health of this understudied group of workers, and raises the question of what can be done to minimise the adverse exposures and health outcomes common among cabin crew."

Dr Eileen McNeely, one of the report's co-authors, tells FlightGlobal that "people are starting to pay attention" to the health impacts of flying, but more studies need to be done. She says that "the fact we had such a good response" from the cohort used in the study is indicative of the high level of interest in this topic.

"Flight attendants said: 'I'd love to know about my health, because nobody told me how tiring this job would be or whether this is hurting me.' Flight attendants, especially with regional jets, often have 8h [between shifts] in which to eat, sleep, shower and get back to the airport," says McNeely. She would like to see airlines that place greater emphasis on the health of cabin crew recognised for their efforts, noting that "it would be great when the health effects are visible and empirical evidence is gathered".

David Space, an associate technical fellow in Boeing Commercial Airplanes' environmental controls and systems group, concedes that "the flight attendant job is tough", pointing to the number of cabin pressurisations and depressurisations that cabin crew on a US East Coast shuttle service, for instance, have to go through on a typical day.

He says the forthcoming results of another study, known as ASHRAE (American Society of Heating, Refrigerating and Air-Conditioning Engineers) 1262, will be "illuminating and helpful" when it comes to gaining a better understanding of the health effects of frequent flying.

Boeing served as a co-author of the report's statement of work, chair of the aviation research committee, member of the project oversight committee and co-founder, along with the US Federal Aviation Administration and ASHRAE. Publication of the results is expected imminently.

The principal aim of the ASHRAE 1262 project, according to information on its website, is "to relate perceptions of discomfort or health-related symptoms of flight attendants and passengers to possible causal factors, including cabin and bleed air quality and other factors, such as reduced air pressure, jet lag, inactivity, humidity, flight attendant duty schedule and fatigue, circadian rhythm, stress and noise". 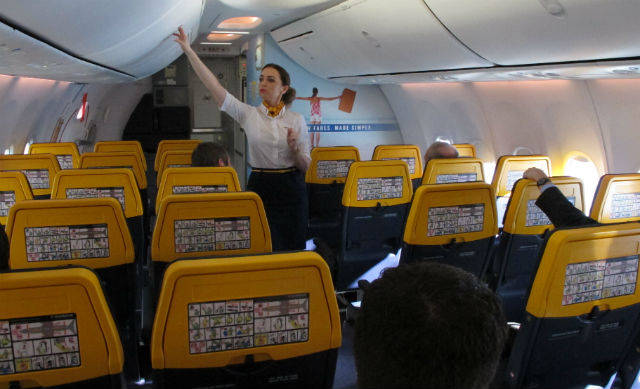 Part two of the project focuses on measuring contaminants in cabin air that are introduced via the environmental control system (ECS), as well as contaminants that are not introduced by the ECS.

According to Space, the gaseous contaminants created by people on board aircraft – described more succinctly by the airframer's director of differentiation strategy, Blake Emery, as "sweat, farts and perfume" – are the most likely to draw a negative response from flyers.

Taking this into account, Boeing has been evaluating the performance of air purification technologies, including that on the 787, says Space. These evaluations have shown that these air purification units "have a very good performance, even at end of life", with "good capacity remaining" in them after heavy use.

Boeing also points to a study released in 2017 by the European Aviation Safety Agency (EASA), known as the Cabin Air Quality Measurement Campaign. The study, carried out by the Fraunhofer Institute for Toxicology and Experimental Medicine and Hannover Medical School, analysed cabin air quality on aircraft equipped with traditional engine bleed air systems and on the 787, which features electrical air compressors instead of engine bleed air systems.

"EASA looked at all the data without the 787, and then targeted the 787 and compared the results. Hundreds of contaminants were measured. The 787 was lower on virtually all contaminants, and this was attributed to the air purification technology," says Space.

Adds Emery: "There was an absolutely marked difference. This didn't happen randomly, it happened because of the things we did."

Additional research carried out by Boeing on how passengers felt after flying on the 787 also found that "people feel a lot better and experience fewer symptoms associated with pressurisation and mucous membranes", according to Emery.

Further improvements to air purification technology will be introduced on the 777X, some of which will also be offered on a retrofit basis.

"We're going to look at smart systems where you can modulate the outside air flow… to get the cabin environment that people prefer," says Space, adding that this is an area that "will continue to evolve".

Another consideration on the health and wellbeing aspect of flying is noise. However, blocking out engine noise can have the adverse effect of amplifying the sounds of people inside the cabin. Indeed, in the early days of the Airbus A380, pilots at Emirates complained that the cabin was so quiet they were unable to sleep during rest periods because the noise of the engine no longer drowned out the sounds of the hustle and bustle of the cabin.

Installing extra insulation between the cabin wall and the fuselage to muffle the sound of the engines also carries a weight penalty, so there are always trade-offs, notes Emery. He says that Boeing introducing an advanced speaker coming on the 777X that will improve the sound quality inside the cabin.

It is clear that improvements have been and continue to be made to the environment inside the aircraft cabin, but more studies are needed as people become increasingly focused on health and wellbeing issues. As McNeely points out: "Most of the pressure on airlines comes from the public".

Airlines, airframers and technology companies are increasingly paying attention to the wellbeing side of flying, particularly as flights become longer and people become more focused on the health effects of frequent air travel.

Lighting systems, apps, in-flight wellness programmes and even electronic devices that neutralise the air around individual passengers are all being offered with the promise of alleviating some of the less pleasant aspects of flying. 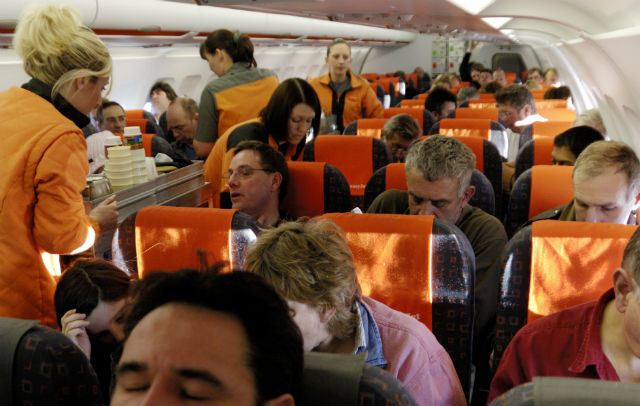 Panasonic Avionics announced in September 2018 the launch of Wellness, a solution aimed at improving the comfort, health and wellbeing of passengers in flight. The solution, which is available as part of Panasonic's NEXT in-flight entertainment and connectivity platform, includes three initial elements: active noise control; premium seat lighting; and an air deodorising system.

The response from airlines has been "highly positive", says Gary Kaplan, manager product marketing strategy at Panasonic, adding that two carriers have already committed to the solution. Wellness will enter service with those airlines in 2019.

"It involves multiple speakers and microphone arrays embedded in the seating space and integrated into the Panasonic IFE system to reduce the ambient aircraft noise at the seat with no impact on human voices."

"Whilst it is centrally located, the technology is adaptable to each seat configuration and will calibrate automatically to a passenger's seat in flight. It can be both pre-programmed and controlled individually by the passenger," explains Kaplan.

The air neutralisation system claims to eliminate odours and improve air quality in the cabin through the use of electrified water nanoparticles that are 15,000 times finer than the width of a human hair.

Panasonic plans to announce additional elements of its Wellness solution "in due course".

Another company focused on improving the in-flight experience through lighting is STG Aerospace, which produces a retrofit LED lighting system called liTeMood.

"For years lighting has been limited and there was no choice when it came to colour or brightness. But now, as technology has progressed, we can refine the properties of lighting to provide the best possible experience for the passenger," says Lauren Fleming, a research and development scientist at the company.

STG is "continuously expanding" its product range, says Fleming, adding: "As new technologies and research become available on the topic of lighting and passenger experience/wellbeing, we will look into how we can incorporate this into our designs."

While lighting "can certainly be used to reduce the effects of jetlag", Fleming says STG's focus is on enhancing the passenger experience, and it prefers to "leave the specialist area of wellbeing and/or medical benefits to the medical experts".

There are also signs that airlines are beginning to enter into agreements with companies specialising in wellness, particularly as flights become longer. For instance, Singapore Airlines (SIA) last year announced a partnership with Canyon Ranch, which the airline said at the time would "reinvent ultra-long-haul travel with a focus on wellness cuisines, rest and relaxation and general wellbeing on the world's longest flights".

The programme launched in October on the carrier's 18h 45min Singapore-New York Newark flight, operated by its first Airbus A350-900ULR. SIA says the results of the partnership will be rolled out across all of its ultra-long-haul routes as they launch.