ANALYSIS: In the space business, Crew Dragon has bite

NASA and SpaceX made the news this month – and a bit of history, by sending a US-made space capsule to the International Space Station and bringing it home to an Atlantic Ocean splashdown.

As the name implies, the Crew Dragon capsule is part of the USA's bid to restore its ability to launch astronauts into space and close a capability gap that has left station-bound US – and, indeed, European, Canadian, and Japanese astronauts – reliant on Russian Soyuz flights from Kazakhstan since the Space Shuttle fleet was retired in 2011.

Between launch – on 2 March from Cape Canaveral, via Falcon 9 rocket – and splashdown – almost exactly on schedule at 08:45 New York time on 8 March – the so-called Demo-1 mission appears to have gone off without a hitch.

On arrival at the ISS, Crew Dragon performed a fully-automated docking, recalling the arrivals of the European Space Agency (ESA)-operated Automated Transfer Vehicle crewless cargo ships. This latest arrival carried a load of cargo and a space-suited dummy named Ripley, wired up with sensors to measure forces to be expected by up to seven human passengers who, later this year, could start riding Crew Dragon vehicles to the station.

Undocking was also automatic. And SpaceX's own recovery ship, GO Searcher, was on the scene to hoist the spacecraft out of the water and pass it on to a review of systems and flight data, to validate performance and establish the capsule's suitability to carry passengers. All in all, it was an apparent triumph and precursor to a new era of US-operated human spaceflight. 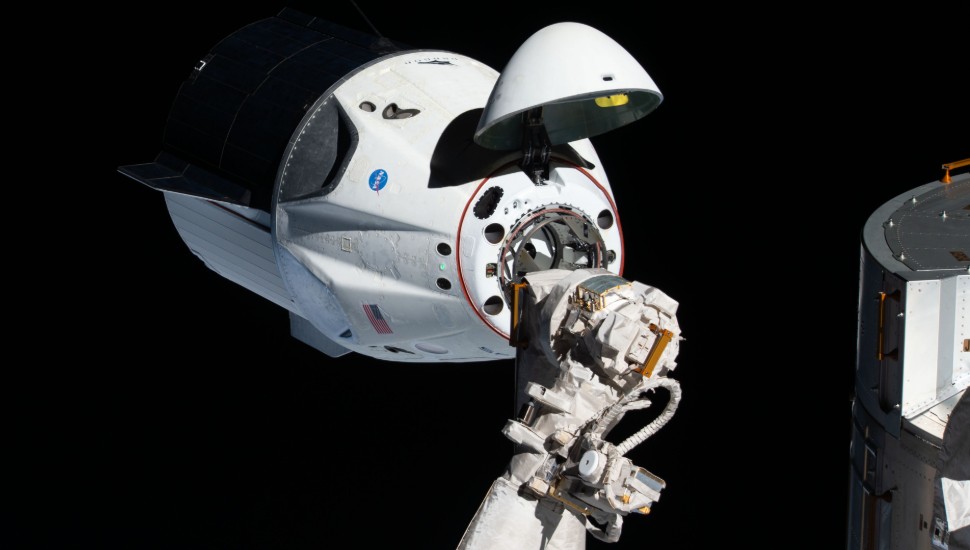 Meanwhile, a similar vehicle built by Boeing, called Starliner, is being readied for an uncrewed orbital test flight in April, launched from Cape Canaveral via the venerable Atlas V rocket built by the Boeing-Lockheed Martin joint venture, United Launch Alliance. Both systems will then see pad abort tests and, all going well, Crew Dragon could carry two Americans into space in July, followed by a Starliner crew flight in August.

For missions to deeper space, NASA's in-development Orion crew capsule – prime contractor is Lockheed Martin, and the craft relies on an ESA-supplied control module based on the ATV – is scheduled to make a crewed trip around the Moon in 2022.

Video of the Crew Dragon return will look familiar to long-time followers of spaceflight. Parachutes, splash, recovery ship – all very much like Apollo, appropriately in the 50th anniversary year of the first Moon landing. And, also, very much as though the dry-feet, runway-landing Space Shuttle era, with its vision of airline-style operations to space, had never happened. To their credit, the Russians at least "land" on, well, land.

But the fact that the Americans are readying two capsules for service is a huge credit to the Apollo visionaries – self-evidently, back at the beginning of the space age, they worked out the best way to do it. The Shuttle did exist – and it was a mighty, inspirational beast – but it had numerous single-point-of-failure weaknesses, two of which happened with catastrophic consequences. And, by accounts, it offered a hairy ride home, even for pilots accustomed to living on the edge. Spaceplanes, at least big ones, are an appealing concept but remain, effectively, a dream.

What we see in Crew Dragon, and Starliner, is perhaps what we would see if human spaceflight had carried on without the Shuttle. That is, a half century of improved technology – particularly in electronics – iteratively improving the Apollo system.

But to focus on the technology is to miss the significance of Crew Dragon. For a decade now, there has been no getting a few space people together, but that the conversation has now turned to SpaceX. Elon Musk's company has turned the industry upside down, and not for technology. Yes, it has achieved wonderful things, but its impact has been measured in dollars, not in capability. Musk had the huge benefit of being in the right place at the right time with a few key insights – and the result has been revolutionary.

In short, going back to the early 2000s the relationship between NASA and the US government changed. With budgets tight and the Space Shuttle proving to be very expensive to operate, NASA was keen to outsource launches. Then, president George W Bush declared that the USA would return to the Moon by 2015. NASA's money and attention was sucked up by the Moon programme and the very big rockets it would demand.

PayPal billionaire Musk, flush with cash and driven by a vision of colonising Mars, stepped up and offered to develop the launch service that today operates Falcon rockets and now Dragon capsules. No small amount of NASA financial support and the promise of tapping into the US government market for launches attracted further investment.

But Musk brought more to the table than money and a dotcom billionaire's determination – some might say mania – to move quickly. Unlike, say, United Launch Alliance, he had no legacy investment in old technology and worked from a clean sheet of paper. Moreover, where traditional government-funded programmes spread their supply chains around as many US states as possible to curry favour from Senators and members of Congress, Musk could build his industrial structure for low cost efficiency. And, he could build it all using hugely skilled engineers who had been trained on government-funded programmes.

He also recognised that fuel is cheap but rockets are expensive. So, if Falcon rockets – and Dragon capsules – were designed to be recovered, refurbished and reused they would be heavy and fuel-thirsty but, on balance, his streamlined industrial structure could sustain a higher launch rate at a lower net cost.

SpaceX is thus proof that privatisation can, as its advocates insist, bring better performance for less public money, though whether the venture is ultimately as successful as it appears remains to be seen. Musk earlier this year announced several thousand SpaceX job cuts; he insists the move is to refocus on the longer-term vision of colonising Mars, although observers could be excused for suspecting that more mundane issues like profit and loss are at work, too.

Regardless – and history is littered with first-mover revolutionary companies that do not ultimately lead their industries or even survive – there is no questioning the impact of SpaceX. United Launch Alliance, and the European effort led by the Airbus-Safran ArianeGroup joint venture, are pushing hard to field next-generation launch systems that promise to come into line with SpaceX prices.

Meanwhile, all this competition is cutting the cost of reaching space; governments are launching more scientific and Earth-observation missions, and private companies are ramping up their own programmes, notably in telecommunications.

And, of course, as the Crew Dragon splashdown illustrates, it all makes a great spectacle. 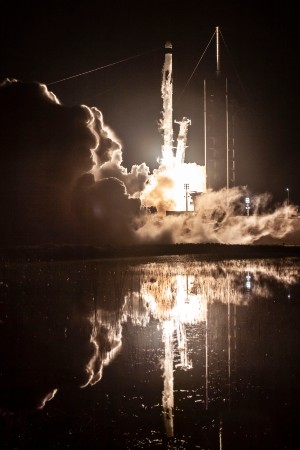