In a hangar known as Site 2, opposite the Lockheed Martin Skunk Works on the Palmdale airport runway in California, the 60-year-old ritual of programmed depot maintenance for each of the 27 U-2S "Dragon Lady" aircraft remaining in service continues, a full decade after the US Air Force launched a series of attempts to have the fleet retired before 2020.

At intervals of seven years or 4,800 flight hours, the air force flies each U-2S to Palmdale for a full tear-down. The type's GE Aviation F118-110 engine is removed, the wings are separated from the fuselage and workers blast the matte black paint off the metal. Each component – down to the last rivet and stiffener – is inspected for cracks and corrosion, blemished parts are repaired or replaced and the aircraft is pieced back together again.

The 11-month process restores the fleet’s 23 U-2S aircraft built in the 1980s, and four delivered in the late 1960s, back into shape for its demanding – and increasingly demanded – aerial spying mission, even as the unmanned Northrop Grumman RQ-4 Global Hawk approaches full operational capability.

After a decade of uncertainty, Lockheed’s employees at Site 2 no longer need to worry about job security. In 2017, the USAF finally gave up on its decade-long attempt to put the U-2S out of service. The decision abolished a plan to transition the high-altitude spying mission exclusively to signals intelligence (SIGINT)-capable RQ-4 Block 30s and the synthetic aperture radar-equipped RQ-4 Block 40. In budget documents and public statements, service leaders now plan to operate the Dragon Lady and Global Hawk together, indefinitely. 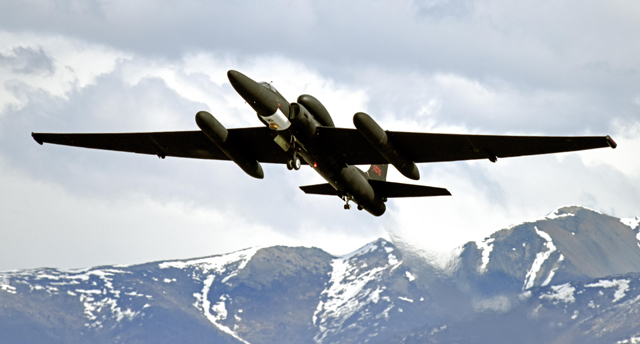 Rather than shut down the U-2S fleet, the USAF now wants to make it stronger. In long-term budget documents submitted to Congress in February, it revealed plans to restore a heavily damaged U-2S – serial number 1099 – to flight status, according to Lockheed U-2 programme manager Kyle Franklin, who gave FlightGlobal a tour of the Site 2 facility in early March.

As the U-2S fleet looks to grow in number, Lockheed is now working on proposals to launch the biggest capability upgrade for the platform since the late 1980s.

“My strategy is to put as much as we can within the [US military’s next six-year budget plan], because we’ve got room to grow,” Franklin says.

The U-2S fleet is already several generations removed from the first U-2A that the Skunk Works built for the Central Intelligence Agency in nine months, 63 years ago. It has a larger wing and fuselage, glass cockpit, new turbofan engine and a range of known and classified new payloads.

Now, Lockheed is proposing to make the U-2S arguably the most powerful intelligence-gathering aircraft ever built, with the unique ability to operate three different kinds of advanced sensors simultaneously.

This so-called “Tri-INT” configuration – featuring a powerful new radar, hyper-spectral camera and electronic eavesdropping suite – would be coupled with onboard processing algorithms that detect, validate and geolocate a dangerous enemy target, such as an air-defence radar. Finally, the onboard computers would automatically forward the targeting data to nearby fighters and bombers using any of several tactical radios, including the Lockheed F-35’s multi-function advanced data link (MADL), Franklin says.

If funded, Lockheed’s proposal would radically change how the U-2 operates. Today, the aircraft routinely flies with two different types of sensors on any given mission: two ASQ-230 pods under each wing for electronic eavesdropping and either the 10-band senior-year electro-optic sensor (SYERS)-2C or the mechanically scanned Raytheon ASARS radar mounted in the nose.

A similar level of “Bi-INT” capability exists on several intelligence-gathering platforms, including the Block 30 Global Hawk. But none would possess the operational flexibility and raw surveillance power of Lockheed’s proposed Tri-INT U-2S upgrade.

In addition to endowing the U-2S with a third surveillance payload, the Tri-INT configuration implies multiple sensor upgrades.

To accommodate three different sensors, one of them cannot occupy an under-wing pod as the ASQ-230 does today. Lockheed is considering alternate SIGINT pods that can be packaged inside a single under-wing pod. This must have at least equivalent performance as the ASQ-230, including geolocation of the source of the emissions it detects.

The hyperspectral, 10-band SYERS-2C represented a major leap in electro-optical sensing when it was fielded, but its position in the nose on the U-2S is problematic for the proposed Tri-INT configuration, as this section must be reserved for the forward-looking radar.

Fortunately, an option already exists for a wing-mounted hyperspectral camera. The same supplier of the SYERS-2C – United Technologies Aerospace Systems (UTAS) – has also installed the seven-band MS-177 pod on the RQ-4 Block 30. In addition to multi-spectral sensing, the MS-177 differs from the SYERS-2C because it can rotate its field of view, allowing the pilot to continue tracking a stationary target while manoeuvring. A 10-band version, dubbed the MS-177A, is in development for the RQ-4. Ideally, Lockheed prefers to replace the 10-band SYERS-2C with the 10-band MS-177A.

The final piece of the Tri-INT configuration is the radar, but this happens to be the one element with an existing line item in the USAF's budget.

Raytheon is under contract to upgrade the ASARS-2A radar on the U-2S to the ASARS-2B. Although the slightly altered designation suggests an incremental update, it is instead a generational leap in capability. The ASARS-2B upgrades the U-2’s primary all-weather ground surveillance sensor from a mechanically scanned to an electronically scanned antenna, which doubles the range and significantly improves functionality, such as moving target indication in synthetic aperture radar (SAR) mode. 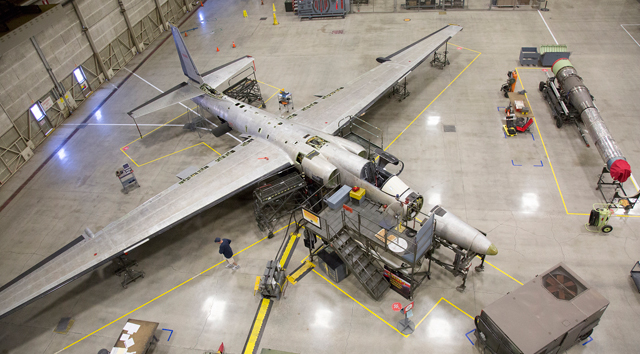 In the proposed Tri-INT configuration, the ASARS-2B offers intriguing possibilities. As scheduled to enter service in fiscal year 2023, the -2B capability will come online just before the USAF’s proposed retirement of its Northrop E-8C JSTARS ground surveillance fleet. The service’s reason for retiring the E-8C with no replacement is based on the vulnerability of performing the battle management and command and control function on a commercial aircraft derivative. The absence of the E-8C, however, will also deprives the air force of the aircraft’s primary sensor: the mechanically scanned Northrop APY-7, which, like the ASARS-2B, detects moving targets in SAR mode.

Unlike the E-8C, the U-2S is equipped with a defensive suite with electronic countermeasures to radio frequency based sensors, allowing the non-stealthy Dragon Lady to operate in “marginally contested” environments, according to descriptions in air force budget documents. So the U-2S will have the tools to take over at least a portion of the wide-area surveillance mission after the E-8C is retired, Franklin says, although the USAF has not committed to such a proposal.

Of course, the U-2S has no room to accommodate a team of analysts to process in real time the terabytes of data collected by a Tri-INT sensor package. The aircraft now transmits the information by satellite to ground-based data processing systems, but those channels are likely to be overwhelmed by the need to stream the combined data from the active electronically scanned array radar, hyperspectral MS-177A and proposed SIGINT pod.

To solve that problem, Lockheed is proposing to also upgrade the mission computers on board the U-2S, allowing a single-pilot spying platform to also perform as an automated command and control centre flying on the edge of contested airspace, Franklin says.

It is a capability that Lockheed has developed and demonstrated over several years, most recently during Northern Edge 2017: a demonstration event held last June at Eielson AFB, Alaska. For Northern Edge, Lockheed showed off a U-2S equipped with two key new systems – an enhanced Link 16 radio and the so-called “Einstein Box”: the second generation of a Lockheed-designed mission computer based on an open systems architecture.

The demonstration showed how Lockheed could transform the U-2 to function as a relay between ground-based intelligence centres and fighters and bombers, using the new enhanced Link 16 waveform. It also served to showcase the capabilities of the Einstein Box as a real-time, onboard processing system for the U-2’s existing sensor data.

In a press release issued by Lockheed last September, the company said the Northern Edge event proved the Einstein Box “provides a solid foundation” on which to expand the U-2 fleet’s capabilities. With the unveiling of its proposed Tri-INT upgrade package, the full meaning of the company’s demonstration becomes clear.