It might be the era of fifth-generation stealth fighters, but Boeing’s F/A-18E/F Super Hornet is selling just fine. In March 2019, the company secured a three-year contract from the US Navy (USN) for 78 F/A-18E/F Block III Super Hornets, with a total contract value of about $4 billion. That follows a $1.8 billion order by the service in 2018 for 24 examples. The Block III is the most modern variant of the fighter.

The new airframe sales come in addition to Service Life Extension work on the USN's existing fleet of F/A-18E/Fs. In 2018, Boeing was awarded $73 million to reinforce and update an initial set of four aircraft. The company expects to receive numerous follow-on contracts over a 10-year period. To support the fleet-wide modernisation programme, it plans to establish a dedicated production line in San Antonio, Texas, in addition to its facility in St. Louis, Missouri.

Boeing says it has enough business from the US Department of Defense, as well as international customers such as Kuwait, to maintain continuous Block III production until 2033. 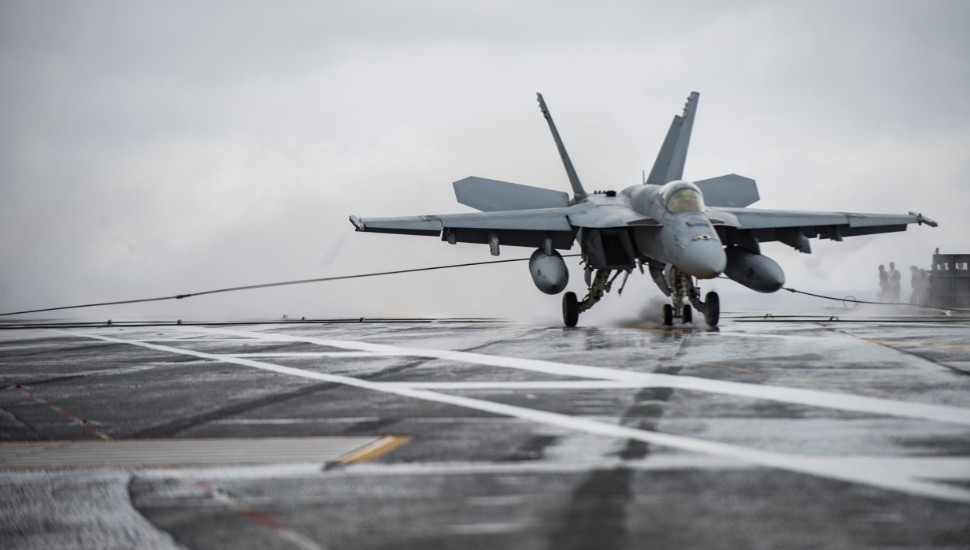 The USN's appetite for F/A-18E/F fighters – an aircraft first introduced into service in 1999 – might come as a surprise to many. For years, the service has invested tens of billions of dollars in development of the Lockheed Martin F-35, a stealth fighter that was supposed to displace the Super Hornet.

While the service still has plans to order many more F-35s, it is becoming apparent that it no longer sees stealth technology as a cure-all. Instead, it is buying a mix of aircraft, with no expiration date in sight for classic fighters such as the F/A-18E/F. The US Air Force is pursuing a similar policy by buying Boeing F-15EXs.

In fact, Boeing claims that in 2013, the Naval Air Systems Command (NAVAIR) declined to buy a stealthier version of the fighter, called the “Advanced Super Hornet,” with a radar cross section reduced by about 50%.

"Being that stealthy didn't help us close the kill chain for the navy nearly as effectively as being a networked fighter," says Dan Gillian, programme manager for the F/A-18E/F Super Hornet and EA-18G Growler. "Things like an internal [infrared search and track] or an enclosed weapons pod, they kind of fell to the bottom of the list."

NAVAIR did not respond to multiple requests for comment.

Instead of more stealth, the Block III aircraft is essentially a flying and heavily armed node in the USN's network. It comes with an advanced processor, called the Distributed Targeting Processor-Networked (DTP-N) computer and a robust communications link from Rockwell Collins, called Tactical Targeting Network Technology (TTNT). The cockpit also has a large 21in touchscreen display. The aircraft's computer hardware is designed to run next-generation sensors and software, says Gillian.

"It is a very large open-architecture computer, about 17 times more powerful than the mission computer in the platform today, that is open so you can bring apps to the airplane, bring capabilities on board rapidly," he says.

The aircraft's computer systems, with the addition of new software, are capable of controlling Loyal Wingman unmanned air vehicles (UAVs) such ast the Airpower Teaming System that Boeing is co-developing with the Australian government, says Gillian. The aircraft's back-seat weapons systems officer could fly a group of Loyal Wingman UAVs, he says.

Block III Super Hornets also come with an external Block II Infrared Search and Track (IRST) sensor, which, when used by two aircraft at once, can create a targeting solution for an air-to-air missile. Boeing declines to say what the IRST's range is, but claims it is longer than adversaries' air-to-air radar. The new aircraft also have shoulder-mounted conformal fuel tanks, which reduce drag and carry about 1,588kg (3,500lb) of fuel, extending its range by about 120nm (222km).

Legacy Super Hornets that undergo the Service Life Extension programme receive essentially the same configuration as brand-new Block III airframes, plus their lifespan is extended from 6,000h to 10,000h via component replacements and structural reinforcement. Boeing says it expects those additional flight hours to give each aircraft 10 to 13 extra years of life.

The combined effect of the Block III configuration is a fighter that can fly further, see targets at greater distances and share sensor data to a greater extent than before. Those capabilities allow F/A-18E/F pilots to co-ordinate missions better with aircraft carriers, as well as F-35s and the Northrop Grumman E-2D Advanced Hawkeye airborne early warning & control (AEW&C) aircraft, says the company.

Boeing is also eager to tout the fighter's price tag and operating costs. 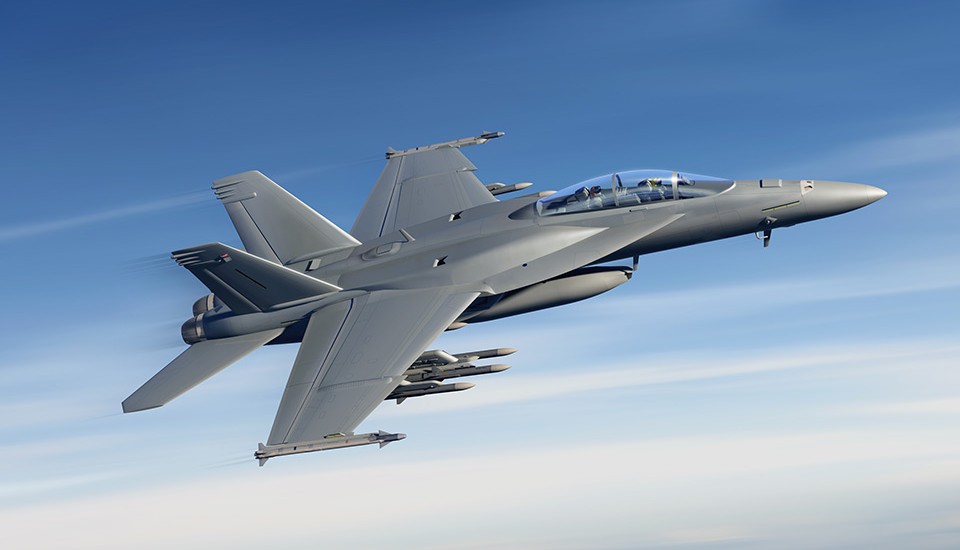 "The Super Hornets the navy is buying are about $66 million a copy," says Gillian. "The F/A-18 continues to enjoy the lowest cost per flight hour of any [fighter] aircraft in the US inventory at $18,000 a flight hour."

Yet Boeing also says that the F/A-18E/F is relevant again because stealth technology has a diminished role in modern aerial warfare.

"The threat has figured out how to deal with [the] traditional fighter kind of stealth even at the high, high levels," says Gillian. "The high level of stealth that an F-35 gets with enclosed weapons bays has been marginalised down to several niche missions."

NAVAIR did not respond to questions about the F-35's radar cross section being marginalised.

It is true that the F-35 – and stealth technology more generally – are not the panacea they once were thought to be, but it is still effective for a wide number of missions, says Brad Martin, a senior policy research with the RAND Corporation.

"I wouldn’t say they are quite right to say it's a niche capability," he says. "I think they are right to say for navy aviation tactical missions, the F-18 is, for the life of the airplane, perfectly satisfactory."

The F/A-18E/F remains relevant because of its ability to launch new, longer-range missiles from outside adversaries' anti access/area denial defences, as well as the jet's ability to perform strike missions against unsophisticated foes, says Martin. And the aircraft's ability to stay aloft for longer and use its IRST pod to watch for threats beyond the horizon of a carrier battle group makes it an important defensive weapon.

Ultimately, with new life breathed into its programme from the USN, Boeing is increasingly confident of selling the F/A-18E/F to the US and foreign militaries.

The company says it is continuing to pitch to the USN an upgraded variant of its electronic attack version of the fighter, EA-18G Growler. It believes it can convince the service to buy 24-48 more EA-18Gs, enough to boost the fleet by eight to 11 Growlers per carrier air wing.

Boeing received Pentagon approval in February 2018 to sell the EA-18G Growler to Finland, as part of that country's larger fighter replacement programme. The manufacturer is also pitching the F/A-18E/F to Canada, Germany, India and Switzerland.