India's state owned airframer Hindustan Aeronautics (HAL) could soon be left with the Tejas light combat aircraft (LCA) as its sole fighter production line on completion of manufacturing under licence of the Sukhoi Su-30MKI next year, ending a 222-aircraft production run.

Uncertainty as to the fate of New Delhi's procurement decision on the fifth-generation Sukhoi Su-57, and a pause in licensed production of BAE Systems Hawk Mk132 advanced jet trainers due to the delay in finalising a follow-on order for 20 aircraft, has left the once proud aerospace company scrambling to set up additional Tejas production facilities at Nashik (for the Su-30MKI line) and Bengaluru (for the Hawk).

New Delhi's $265 million investment towards the preliminary design phase for an India-specific version of the Su-57 (then known as the fifth-generation fighter aircraft or perspective multirole fighter), completed in June 2013, must also be considered a wasted investment.

HAL is now seeking additional orders for up to 40 Su-30MKIs, but even this will extend the line for only a few years, to 2025 at the latest. The air force is also yet to proceed on the HAL-led upgrade of 44 Su-30MKIs, which will involve integration of five new missiles and fitting new Russian, Western and Indian systems related to the radar, weapon control system, mission computer and communications suite.

According to defence minister Nirmala Sitharaman, HAL received orders worth just over $4 billion between 2014 and 2018 for 28 Dornier Do-228 light transports (16 for the air force and 12 for the navy); 113 AL-31FP and 19 RD-33 engines; and 73 Dhruv helicopters (40 army, 17 navy and 16 coast guard). HAL also had orders for 10 Cheetah helicopters for the air force and eight Chetak helicopters for the navy. The former is a licence-built version of the Aerospatiale SA315B Lama, powered by Safran Helicopter Engines TM333-2M2 turboshafts, while the latter is based on the SA316 Alouette IIIs.

New Delhi has approved the procurement of 73 Tejas Mk1As and 10 Tejas Mk1 trainers (including two simulators and infrastructure) worth $7 billion. However, a formal order is yet to be placed. Apart from this, an initial batch of 15 light combat helicopters worth approximately $400 million will be manufactured for the air force and the army, with 10 for the former and five for the latter. The Indo-Russian Helicopter joint venture is to undertake the manufacture of 65 Kamov Ka-226Ts for the air force and 135 for the army in a deal valued at just over $3 billion. HAL did not respond to a request for an interview with its chairman, R Madhavan, for this story. 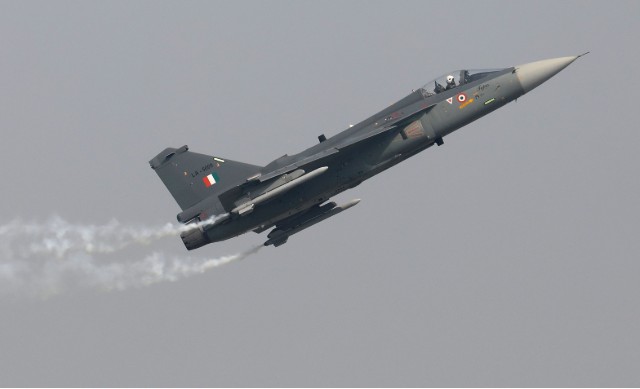 The Tejas programme is now receiving grudging air force support as the service realises that placing orders for the indigenous fighter will be easier than importing costly fighter aircraft. The air force version of the LCA (Tejas means radiance in Sanskrit) has been flayed for time overruns but has benefited from delays in other air force fighter acquisition/upgrade programmes that have left a hard-pressed service with no choice but to back the programme.

It is also very likely that the originally envisioned requirement for the 200 Tejas fighters and 20 trainers needed to form 11 squadrons will be met by Tejas Mk1, Mk1A and Mk2 variants.

HAL will finally conclude a March 2006 order for 20 initial operational clearance-standard Tejas fighters this year. Work on the first final operational clearance (FOC)-standard Tejas, as part of a December 2010 order for 20 aircraft, is now under way; delivery is planned by year-end. These orders comprise 32 fighters with eight two-seat trainers. All FOC-standard aircraft are slated for delivery by 2023.

Skewing the mix is the fact that the two-seat Tejas trainer has yet to receive FOC clearance – so these aircraft will only be delivered post-2020, impacting the air force's ability to generate the required number of pilots to be trained on the type.

Commodore CD Balaji, who retired in March 2017 as programme director (combat aircraft) and director of the Aeronautical Development Agency (ADA), tells FlightGlobal that he is confident that the increased production rate for the Tejas Mk1A will be achieved, as structural changes have been kept to a minimum compared with the Mk1 in FOC standard. HAL is working to increase the Tejas production rate from eight to 16 aircraft per year, with an investment of approximately $200 million split across HAL (50%), the air force (25%) and the navy (25%).

He also confirms that the indigenously developed Kaveri turbofan will not see service on the Tejas and all Mk1 and Mk1As will be fitted with GE F404-IN20 engines. The more powerful GE F414 engines that will power the Mk2 version are already in country. Hot refuelling capability (refuelling an aircraft while the engine is still running) already demonstrated on a Tejas prototype is likely to be incorporated on Tejas Mk1As. In a combat situation, this capability reduces refuelling time by as much as 30% and doubles the sortie generation rate.

FlightGlobal understands that the Tejas Mk2, which, for all intents and purposes can be considered as an all-new aircraft (or at least a substantially redesigned one) in the 16-17t weight class, will be ready to fly in the latter half of 2020. Development of the Tejas Mk2 and navy LCA Mk2 simultaneously will also be challenging as both aircraft are expected to have minimal commonality, because aircraft configuration has been undertaken separately.

"The Tejas Mk1A will deliver an increase in capability of approximately 25% over the Mk1 variant due to its AESA radar, mid-air refuelling capability, pod-mounted jammer, enhanced weapons and various other improvements," Balaji says. "Any existing air-to-air missile can be fitted on Tejas provided we receive access to the interface codes and hence the Tejas is future-ready in this aspect." This is, he stresses, is an important attribute for the type.

In an email response to FlightGlobal, an MBDA spokesperson confirms that the advanced short-range air-to-air missile (ASRAAM) and Meteor BVRAAM have been offered for the Tejas: "We have offered ASRAAM as an armament for the Tejas fighter aircraft. ASRAAM is already in the Indian air force's portfolio after it was chosen after competitive evaluation for the New Generation Close Combat Missile programme for the upgraded Jaguar."

The Meteor offer is an interesting one. Tejas Mk1s are fitted with Elta’s EL/M-2032 mechanically scanned radar (with an Indian antenna platform, antenna and some sub-systems), while the Tejas Mk1A will receive the EL/M-2052 active electronically scanned array (AESA) radar. Ground trials are already under way, with flight trials slated to commence shortly.

"MBDA would also like to offer Meteor for the Tejas platform, which would require the missile and aircraft radar to be closely integrated. The six Meteor partner nations have strongly advised that they will only approve the integration of Meteor with certain radars," the company spokesperson adds. "One option could be integration with an Indian radar, and this is something that MDBA is willing to study, should the relevant radar parameters be made available."

The air force, however, is satisfied with the performance of the Elta EL/M-2032 radar on the Tejas Mk1, "The aircraft's radar, which is currently in 45 sqn, is working fine. There is absolutely no problem with those radars," the vice chief of the air staff reported in a recently released parliamentary report on the Tejas programme. The radar is able to pick up an Su-30MKI at a range of 33nm (60km) and an upgraded quartz radome supplied by Cobham UK has increased this detection range to 40nm.

The advanced medium combat aircraft (AMCA) programme is also moving ahead, with a feasibility study having been completed. On the suggestion of the air force, it has been decided to proceed with a technology demonstration phase before launching full-scale engineering development.

The aircraft has been described as having a twin-fin, twin-engined configuration with an air flow designed to reduce its radar cross section. It has also been ambitiously proposed that the entire external surface of the aircraft will be manufactured using carbonfibre composites. The Kaveri programme is now being revived with assistance from Safran to ready this engine for the AMCA.

"We are in discussions with the Indian customer about weapons options for the AMCA. Several of our systems that are already in the [Indian air force’s] inventory could offer excellent combat performance for the AMCA," the MBDA spokesperson confirms.

In February last year, the ADA called for vendors interested in taking up the manufacture of a next-generation technology demonstrator. The agency has asked for two prototype aircraft to be built at a final assembly and check-out facility to be located at the air force's Sulur air base, near the southern Indian city of Coimbatore. From the beginning of interaction between ADA and the vendor, it is proposed that the roll-out of the first fully equipped next-generation technology demonstrator will take place in three and a half years. 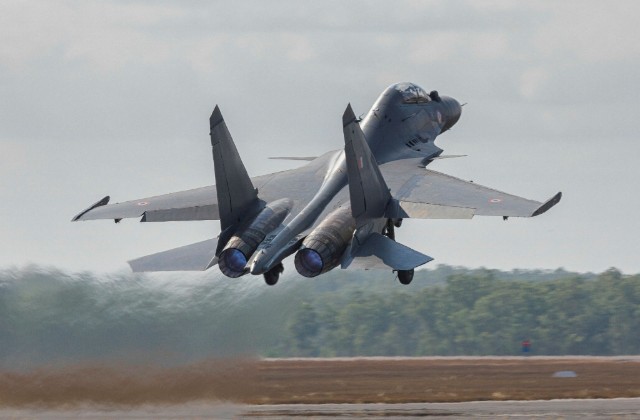 A political maelstrom brought about by the opposition Congress party's allegations of impropriety over the September 2016 deal to purchase 36 Dassault Rafale fighter jets could turn the €7.75 billion ($8.8 billion) fighter contract into an albatross around the neck of the ruling Bhartiya Janata Party in an election year.

Further details of the ill-fated medium multi-role combat aircraft (MMRCA) competition emerged in December last year, when India's defence ministry told the supreme court that issues relating to the contractual obligation and responsibility for manufacture of 108 Rafales in India by HAL, and the realisation that HAL needed almost three times more man hours to manufacture the Rafale in India, which went unresolved for three years, were among the reasons for the June 2015 withdrawal of the request for proposals (RFP) for 126 MMRCAs.

The air force is already down to 31 active fighter squadrons and funding the Rafale purchase, along with other already committed procurements, such as the $5.2 billion deal for a Russian S-400M Triumf air defence system, will consume the air force's procurement budget for the next few years. This points to a further depletion of its combat fighter squadrons.

"India is seen as a very big but very difficult market. The difficulties include very long decision times, very heavy work and technology transfer demands involving a dysfunctional national champion, and of course frequent legal challenges which can be heavily politicised," says Richard Aboulafia, vice-president analysis at consultancy the Teal Group. Commenting on the significance of the latest Indian requirement for 110 fighters from Boeing or Lockheed Martin, Aboulafia says: "It would be a very big win. In terms of just tail numbers, it's one of the biggest competitions in decades, and would guarantee the survival of the winning programme for another five to eight years." The competing companies for the fighter tender are now awaiting the RFP, which has been delayed.

“The government of India will determine when the RFP is released. We look forward to responding to the RFP with our fighter aircraft proposal: an advanced, scalable fighter for the Indian air force that provides unrivalled industrial opportunities and accelerates closer India-US co-operation on advanced technologies," a Lockheed Martin spokesperson said in an email response to FlightGlobal.

The air force's declining combat squadron strength remains a matter of concern, however. "The air force has a clearly defined task and it needs a certain strength to be able to effectively undertake and execute its responsibility. Decline in combat strength impacts the effectiveness with which the tasks can be executed. Aircrews have to be trained and be fully operational on the aircraft it operates. This takes time and hence I am of the view that it has an impact on operational training and preparedness," a retired senior air force test pilot who was part of the MMRCA flight evaluation process tells Flight Global.

However, despite criticism of the air force's varied fleet and demands for this to be streamlined to a lesser number of fighter types, sourced preferably only from a single country, New Delhi is expected to maintain its policy of diversified arms procurement. A number of retired air force officers who spoke to FlightGlobal remain convinced that India must have a balanced mix of Russian, Western and Indian aircraft. "The numbers are important. That is a combination we can afford and also for geopolitical reasons to avoid all eggs in one basket," the former air force officer says. 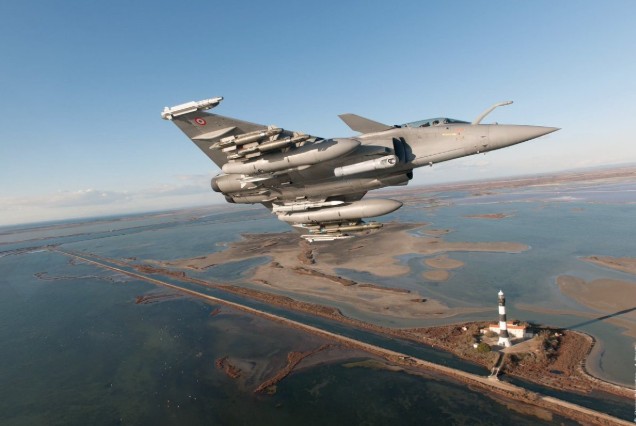