The decision by Cathay Pacific to switch A350-1000 orders to the smaller -900 after a similar move by United Airlines earlier this month has caused further contraction in the orderbook for the largest version of the Rolls-Royce Trent XWB-powered twinjet.

These order switches come after a slow sales period for the A350-1000, and the United move also eliminates the only North American airline customer. Is it time for Airbus to start stressing over the long-term sales prospects for its biggest twinjet, or just a bit of a rough patch in the aircraft's commercial development? 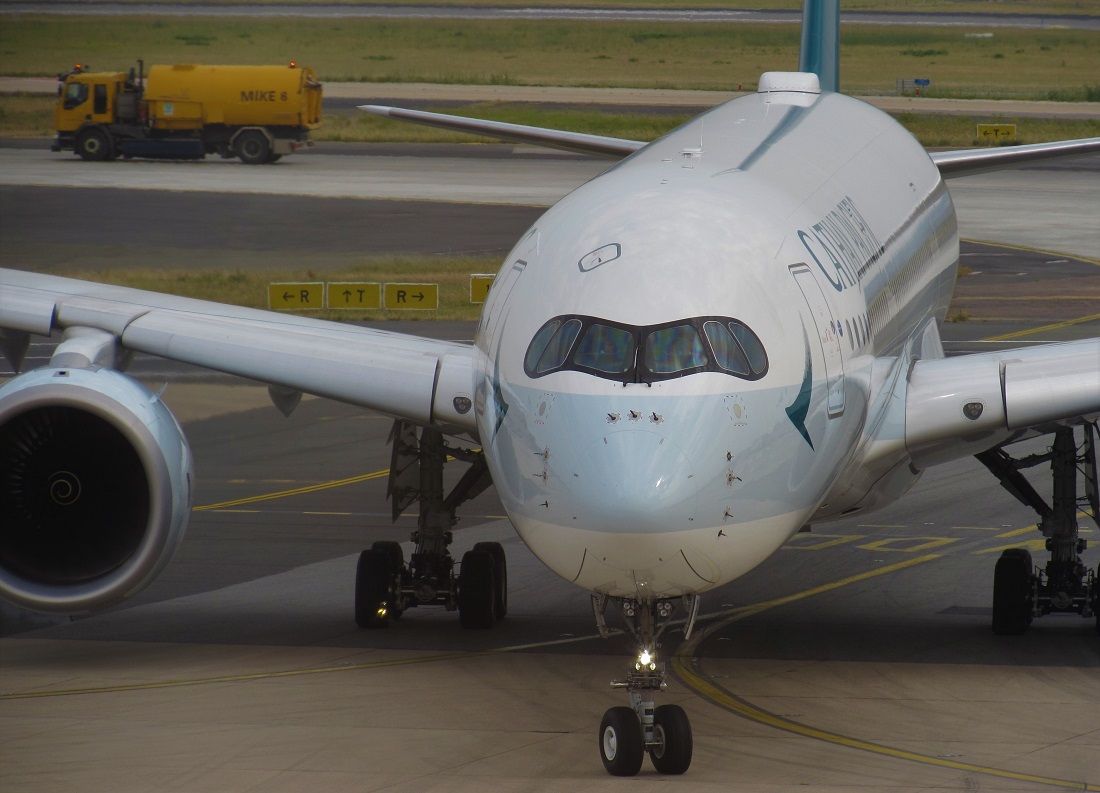 Understandably, Airbus makes greater play about United's commitment for more aircraft, saying the US major "is upsizing its commitment", while emphasising that the number of A350s Cathay has on order "remains unchanged" at 46. 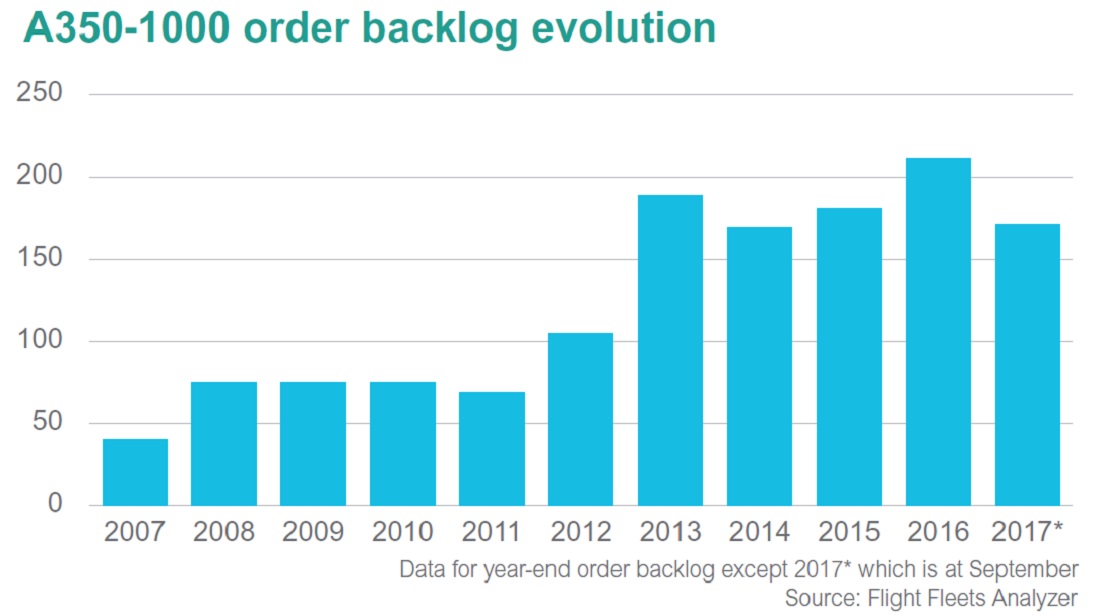 By the time of the latest order switch, the first -1000 deliveries had already been pushed back to around late 2020. United's first A350s are now not due to arrive until late 2022.

There are several factors behind United's latest switch, including the ability to defer capital outlay and to right-size the replacement aircraft for its Boeing 777-200ERs.

"The United Airlines outcome was an obvious compromise by both the airline and Airbus," says Richard Evans, senior consultant at Flight Ascend Consultancy. "United doesn't need any 350-seaters in the 2019-2022 timeframe, but does need to start replacing 300-seat 777-200/200ERs in the medium term. The A350-900 is the ideal replacement, as it can cover all the routes flown by the 777s."

Flight Fleets Analyzer shows that the United and Cathay switches bring the total number of -1000 order cancellations to 68, the others being Etihad (seven aircraft) and Emirates (20). This means that as Airbus prepares to deliver the first -1000 to launch customer Qatar Airways before the end of this year, the backlog has dropped well below the 200-unit mark, to 171 from 11 customers.

The change means the A350-1000's share of the entire A350 orderbook (which totals 858 aircraft, including eight of the defunct -800 variant) has declined from a quarter to a fifth. 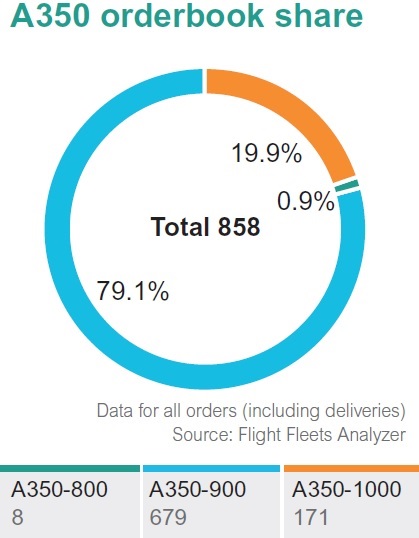 Airbus says the A350's current orderbook (of which 741 remain to be delivered) represents approximately seven years of production. But since the Iran Air deal in December 2016 for 16 aircraft, Airbus has added only one new -1000 order this year, from an undisclosed customer. This barren sales patch coincides with that traditional slow period in an aircraft programme's commercial progress just before it makes its service debut.

Richard Aboulafia, vice-president of analysis at Teal Group, says it is understandable if the United and Cathay moves, along with the slump in new orders, have been driven by capacity concerns. "There was an enormous run-up in 250/300-seat deliveries in the past five years, and it's quite possible that international carriers need some breathing room before they start bulking up on 350-seaters," he says.

"And some airlines may be keeping those 350-seat 777-300ERs longer than planned anyway. Looking at order trends, it's clear that the 777X isn't exactly benefiting from any upgauging trends yet either."

Evans believes that airlines are adopting a bit of "wait and see" at the moment ahead of the A350-1000's operational debut. "If there are no new orders in a year or two's time, then Airbus should worry, but the overall market for widebodies is pretty slow at the moment," he says.

Airbus has been flirting with a larger 400-seat A350 derivative, dubbed the "-2000", which was primarily pitched at a Singapore Airlines campaign ultimately won by the 777X last year. Little has been heard about the larger A350 proposal since then.

Aboulafia warns that if the slowdown is a result of the product, rather than capacity, then "Airbus needs to put the -2000 proposal on the front burner. I expect Airbus is now in some very interesting discussions with United, Cathay and others, to gauge their thinking."