Airline fatal accident figures rose significantly in 2016 compared with the previous year, but the comparison is somewhat misleading because 2015 was the safest year in history by a considerable margin. Download the full 2016 accidents and incidents review

Among the 2016 fatal accidents recorded are two which may, when the final reports are published, be confirmed as being caused by deliberate hostile acts. The two potential “deliberates” are the February Daallo Airlines Airbus A321 (explosion on board) and the May EgyptAir A320 (fire on board) incidents. At this point, however, the assumed accident totals for the year are 13 fatal events resulting in 306 deaths. This compares with nine fatal accidents and 176 casualties in 2015.

If the two possible “deliberate events” are finally confirmed as such, the accident figures for 2016 will be 11 fatal mishaps with 239 casualties. In trending terms this is still remarkably good. FlightGlobal Ascend’s director of safety and insurance, Paul Hayes, predicts that a zero fatal accident rate is within plausible reach of the world’s airlines for the first time in commercial air transport history.

The verdict about airline safety performance in this review last year (for 2015) was as follows: “The year 2015 will go down in aviation history as a watershed, when the focus on passenger safety shifted from technical and operational concerns to security issues. Airline safety – judged by the relative absence of genuine accidents and disregarding the results of deliberate hostile action – seems to break new records every year, and 2015 was no exception. Potential security risks, on the other hand, are rising.”

In that respect nothing seems to have changed. In 2015 the world was witness to two very different but equally murderous events: the Germanwings crash in the French Alps (pilot suicide) and the MetroJet crash in Egyptian Sinai (sabotage by explosive). Twice as many passengers and crew – 374 – were killed on airliners by deliberate action than were killed in accidents. The previous year had seen two Malaysia Airlines Boeing 777s lost: the mysterious flight MH370, which has not been found, and MH17, shot down over eastern Ukraine by a surrface-to-air missile. This year may prove also to have seen two deliberate events, albeit with a smaller casualty total. 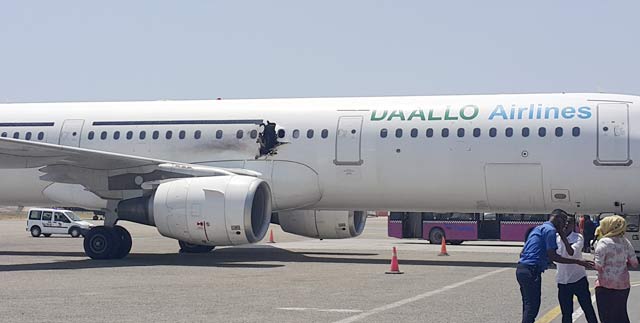 Reacting to the Germanwings pilot suicide findings, the European Aviation Safety Agency published a consultation document last year proposing heightened medical surveillance of airline pilots to reduce the risk of crew with depressive illness continuing to fly with the condition undetected. Proposals include: the approval of pilot peer support programmes; strengthening the initial and recurrent medical examination of pilots by including drugs and alcohol screening, comprehensive mental health assessments and improved follow-up in cases of a medical history of psychiatric conditions; raising the quality of aero-medical examinations by improving training, oversight and assessment of aero-medical examiners; and preventing fraud attempts by requiring aero-medical centres and AMEs to report all incomplete medical assessments to the competent authority.

The security issue clearly remains very much alive. Airlines, airports, governments and security forces all face the challenge of working more closely together to defeat those who would attack the air transport industry as a way of attracting attention or making a political point. The terrorist attack on Brussels airport that killed 32 people in April last year made the issues clear.

As for genuine accidents, the list of non-fatal serious events this year is heavy with runway excursions, overruns and damagingly hard landings. The evidence also shows that airline crews are not skilled at making visual circling approaches and go-arounds, and could use additional training in managing the complex combination of manual and automatic systems control available to assist with such manoeuvres.

Also, if the industry believed it had learned all the lessons that Air France flight 447 (the A330 lost in the South Atlantic in 2009) had to impart, it seems it is mistaken. Initial reports from the Norwegian safety investigator into the West Atlantic Bombardier CRJ loss at night over northern Norway in January describes, once again, a tale that starts with a distracting system failure at night, followed rapidly by both pilots losing their situational awareness and then becoming spatially disorientated, despite having information on the co-pilot’s primary flight display and standby flight instruments that could have enabled them to control the aircraft.

Finally, the Flydubai Boeing 737 accident at Rostov-on-Don seems to have brought yet another case of loss of control during a night go-around.

Despite all this, 2016 figures say the industry is very safe, and suggest that a determined effort by the airlines to overcome pilot unpreparedness for the circumstances that lead to these repeating accident types could easily achieve the coveted zero accident rate just by training crews according to the evidence of their visible weaknesses.

Indeed, a regular annual zero-fatal-accident total for passenger airliners looks achievable without any further major advances in technology. FlightGlobal Ascend’s Paul Hayes has made a detailed study of global airline accidents for nearly 40 years. He notes that if passenger jets only are considered, airlines have already achieved it once: in 2015 there were no fatal accidents involving jet airliners, although two jets were lost as a result of deliberate acts (Germanwings and MetroJet).

In 2016 – although this has yet to be confirmed – it looks as if there will have been two fatal passenger jet accidents that were genuinely accidental: the Flydubai Boeing 737 crash at Rostov-on-Don, and the chartered LAMIA Avro RJ85 at Medellin (see accident listing). If the Colombian investigators’ initial report on the Medellin crash is ultimately confirmed as the full story, that accident could have been prevented by the simple act of carrying sufficient fuel for the trip.

Achieving zero accidents for passenger turboprop operations is also possible, evidenced by reducing accident numbers over recent years, but not quite so easy – partly because propeller-driven aircraft often fly into less sophisticated airfields, and because they tend to be crewed by pilots at the beginning of their careers. This year there were four passenger turboprop fatal accidents and four involving freighters: exactly the same as in 2015.

Until the new millennium the cause of the largest number of passenger fatalities was controlled flight into terrain, but that has been almost eliminated by terrain awareness and warning systems. It has been replaced as the largest killer by loss of control in flight.

There have been two such events this year. One was the Flydubai 737 that crashed when its crew lost control while attempting a second go-around late at night. The other was the West Atlantic Bombardier CRJ200 freighter which went out of control during the cruise – also late at night – because the crew were completely disorientated by the effect of a failing inertial reference system on the captain’s primary flight display. The effect was to make his artificial horizon indicate a rapid pitch-up that was not actually happening. The captain reacted by pushing down dramatically, and the aircraft descended steeply at high speed to impact.

Parallels between the West Atlantic crash and the 2009 loss of Air France flight 447 in the South Atlantic are striking. The crews were both at a circadian low because of the time of night when a technical distraction occurred, but in both cases there was plenty of alternative flight attitude and performance information for the pilots to work with if they had been able to keep cool heads.

If the airlines and the authorities can agree on recurrent training that prepares pilots to cope with the unexpected – what has become known as “the startle effect” – the zero-accident target is within sight. The question is: what does it take to train a pilot to keep a cool head?