Dozens of companies are investing in aircraft, electric propulsion, software and other technologies to create an urban air mobility (UAM) market despite the risk that people may not want cargo drones and sky taxis buzzing above them.

But EmbraerX chief executive Antonio Campello says sitting out the UAM craze would be riskier, endangering Embraer's opportunity to secure a foothold in the nascent electric vertical flight market.

“It’s time to develop now, because the demand is there,” Campello tells FlightGlobal. “We believe this is a very significant market.”

EmbraerX, a Florida-based division of Brazilian-based Embraer, published a report in May detailing urban air traffic control (ATC) infrastructure needed to enable a profitable market for electric vertical take-off and landing aircraft (eVTOLs). Such aircraft are envisioned as one day providing taxi-like services, carrying passengers within cities and to and from suburbs.

Called "Flight Plan 2030" and written in partnership with Harris Corporation and Embraer-owned ATC technology company Atech, the report will be part of an urban air vision EmbraerX will showcase during the Paris air show.

Campello calls the report "a vision" rather than a specific solution because different cities and governments will take their own approach as these ecosystems take shape.

Echoing a selling pitch made by others developing eVTOLs, Campello says traffic congestion is “a huge pain point on many cities” – a problem urban air mobility could alleviate by creating new ways to fly above roads.

His 35 years of experience at Embraer includes oversight of commercial aircraft, which gives him confidence his company's engineering culture prepares it for the challenge of designing a first-generation eVTOL passenger aircraft.

“We have been very successful with small- and medium-sized airplanes, which is not for everybody,” he says. “You need to make everything in a space that is not so large.”

Embraer also has experience designing air traffic management software, a new generation of which must be developed to prevent passenger VTOLs from colliding with themselves and other aircraft.

Flight Plan 2030 calls for city-specific air management systems that would chart safe and efficient air routes for sky taxis, including flight corridors where eVTOLS would not disturb residents or other aircraft. These "urban air traffic management" (UATM) systems would draw on advanced information networks, automation and artificial intelligence. Each would be overseen by a single urban airspace service provider with authority to open and close routes, grant flight authorisations and execute single management plans. 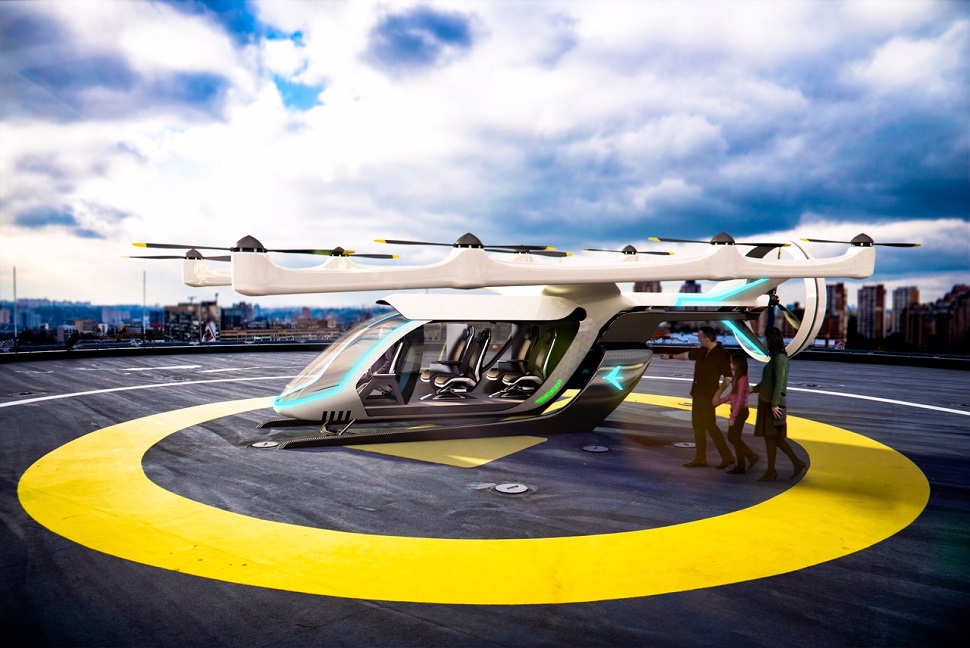 EmbraerX in 2018 unveiled an eVTOL concept with eight lifting props, a short wing and a single pusher propeller. Through an Uber partnership, EmbraerX would market its concept for aerial ride-sharing flights via an Uber Air mobile application. Competitors Bell and Boeing are also designing eVTOLs intended to operate through Uber's ride-sharing app.

Uber aims for passengers to be able to book eVTOL flights by 2023, starting in Los Angeles and Dallas/Fort Worth and pending certification by the US Federal Aviation Administration. An Uber spokesman agrees this is an ambitious timeline, but one intended to spur action.

The helicopter market is vibrant in large Brazilian cities like Sao Paolo, where Embraer air traffic management software coordinates flights. Another selling point of eVTOL aircraft is they are intended to be quieter and less expensive than helicopters. Companies "that can make an eVTOL quieter than others will have a competitive advantage” to ease public acceptance, Campello says.

“The helicopter market is limited to a certain number of people because you have to be able to afford the price of a ticket,” Campello says. “I think it is going to come to a point where flight is possible for many people.”

More than 70 companies have invested $1 billion developing eVTOL concepts, according to the report.

“It’s not possible to predict today," Campello says. “It’s very difficult to say how many eVTOLs will be delivered in 10 years, 15 years, 20 years. Anybody can say that, but nobody can assure that is something accurate.”

While EmbraerX and other companies may be exploring uncharted territory with eVTOLs, Campello says the market “could happen earlier than anybody expects, because there are conditions to make it happen”.