In space, it's best to eat a good meal as astronaut Luca Parmitano knows first hand

The initiative is one of a tranche of experiments the Italian space agency (ASI) has assigned to Parmitano during his six-month “Beyond” mission, which began– as fortune would have it – on 20 July, the 50th anniversary of the Apollo 11 Moon landing. But where Neil Armstrong and Buzz Aldrin had only to worry about nutrition and health for a couple of hours on the Moon and just a few days away from Earth, Parmitano and his ISS colleagues spend typically six months in orbit – in part to pave the technical and medical path for much longer sojourns into far deeper space.

Using an ASI-supplied “bioelectric impedance” device to measure his bodily conductivity – delivered to the ISS earlier this year ahead of Parmitano’s Soyuz flight from Kazakhstan – and a special astronaut app called EveryWear, NutrISS will track Parmitano’s meal times and energy levels. The experiment, led by Professor Gianni Biolo of the University of Trieste, is exploring the effects of a high-protein diet designed to limit the typical microgravity-driven loss of bone and muscle.

Representing ESA and ASI, Parmitano is a graduate of the Italian air force academy at Pozzuoli with a Masters degree in experimental flight-test engineering and military qualifications in electronic warfare. He is currently completing his second ISS mission following his maiden visit in 2013. For the second half of his stay, scheduled to run to February 2020, Parmitano will be only the third European to serve as ISS commander.

Space is not just about science, exploration and freeze-dried meals, of course – and Parmitano has minced no words about what he sees from his privileged position 400km (250 miles) above our planet.

In a video released from the ISS on 16 September, the Italian – speaking English as astronauts do (along with Russian, for operational and social reasons) – reported on how the crew is observing and documenting “hundreds” of forest fires raging in the Amazon, Colombia and Mozambique. And, he told his viewers, by burning forest to clear land, “we may be destroying our only chance of survival, the lungs of the Earth, by trying to adapt it to us as humans instead of leaving it as a natural resource”.

In the particular sphere of exploiting the unique vantage point of orbit for the purposes of environmental science and monitoring, Italian contributions stand out. The four-satellite and dual-use COSMO-SkyMed constellation, for example – conceived by ASI, funded by the Italian government and built by Thales Alenia Space Italia – has been one of the star performers in a growing network of Earth observation satellites, providing all-weather radar images since the first unit was launched in 2007.

Another star is Vega – as in the largest light in the sky or, if one prefers acronyms, Vettore Europeo di Generazione Avanzata (advanced generation European carrier rocket). Another ASI-led project, Vega was devised to be the European light launcher that could complement ESA’s heavy-lift Ariane 5. Designed to be cheaper and quicker to build and launch, and taking advantage of the manufacturing and storage flexibility of modern solid-fuel rocket motors, Vega first flew in 2012. And, as intended, it has proved ideal for precision placing Earth-observing satellites – for payloads of up to 2.5t into low-Earth orbits.

A string of flawless missions ended in July this year when, in the third minute of the 15th Vega flight from ESA’s French Guiana spaceport, the launcher failed, taking with it the United Arab Emirates’ Falcon Eye 1 military observation satellite. Investigation pointed to a “thermo-structural failure” of the second stage.

Calling for a “an exhaustive verification plan of its findings” and “corrective actions on all subsystems, processes and equipment”, the inquiry commission expects a return to flight in the first quarter of 2020, an expectation underscored by Giulio Ranzo, chief executive of prime contractor Avio.

In the days after the failure inquiry reported, Ranzo added that a maiden flight of Vega C – a bigger iteration whose main stage will double as the strap-on boosters for the in-development Ariane 6 – remains on track for the first half of 2020. Qualification tests were passed this year for both that Vega C main stage (P120C) and its second stage. And firing tests have begun for a new upper stage being developed for a further iteration, Vega E. 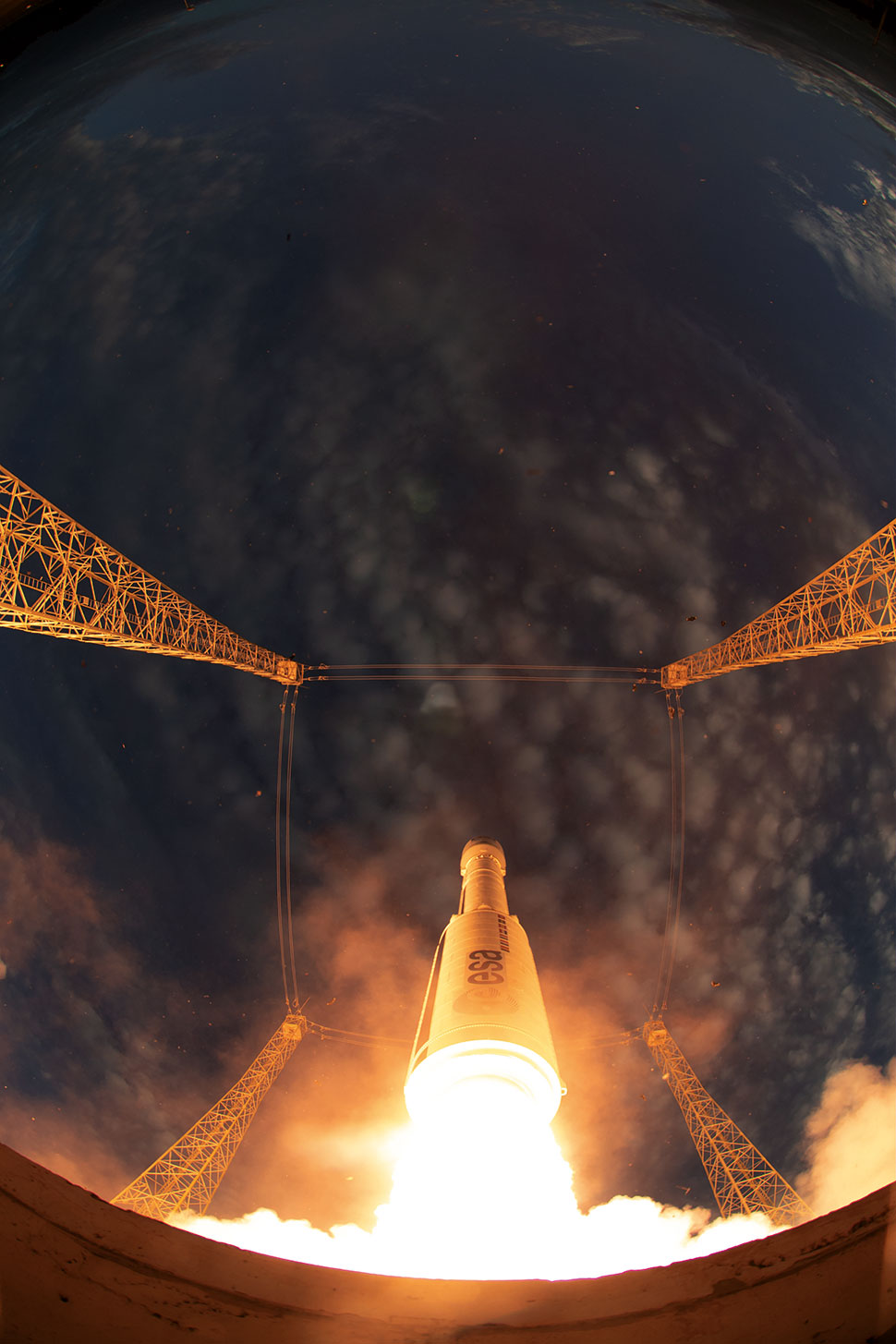