Allegiant Air will soon say farewell to its Boeing MD-80 fleet after a run of 16 years, concluding a fleet transition that began six years ago when the airline added its first Airbus A319s.

Now down to fewer than two dozen MD-80s, the Las Vegas-based ultra low-cost carrier will put the MD-80s to work one last time during the busy Thanksgiving holiday travel season before they exit the fleet. The bulk of the MD-80s will be parted out, says the airline.

It will operate its final MD-80 flight on 28 November, flying from Las Vegas to Fresno and then back to Las Vegas. The routing mirrors the airline's first scheduled flight back in 1999. Allegiant began operating the MD-80 in 2002, using the aircraft to replace a fleet of McDonnell Douglas DC-9s. 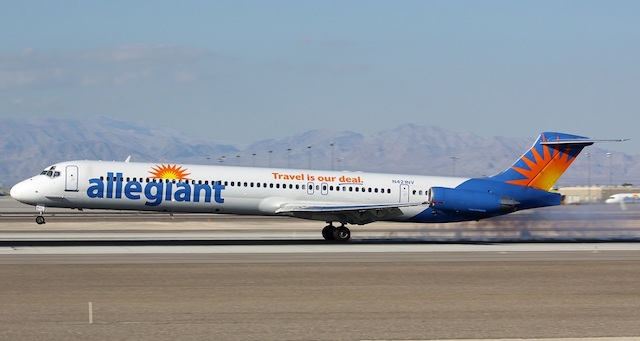 Allegiant's retirement of the MD-80s has been quicker than what it had initially envisioned. Back in 2012 when the carrier was preparing to welcome its first A319s, chief executive Maury Gallagher told FlightGlobal that the airline was working with a 10-year timeframe in mind to phase out the MD-80s.

But since then, the carrier has quickly snapped up used A319s and A320s, and even placed a surprise order for new A320s directly from Airbus in 2016. The pace of A320 family deals allowed the carrier to accelerate the retirement of its MD-80s to this year, instead of end-2019 as previously planned.

Allegiant's vice-president of revenue and planning Drew Wells tells FlightGlobal that the airline's focus on adding used aircraft was "certainly one of the larger undertakings" of the fleet transition.

"It would have been significantly easier to go out and tell Airbus, 'Hey give us 120 planes and we will retire the MD-80s', versus how we attacked it, being true to our core values and being opportunistic and bringing in the right fleet and aircraft when the right price point is there," he says.

While the airline's "opportunistic" manner of committing to additional used aircraft had created some lumpiness in the number of A320 family aircraft joining the fleet each month, Wells says the airline is "very satisfied" with the transition so far. 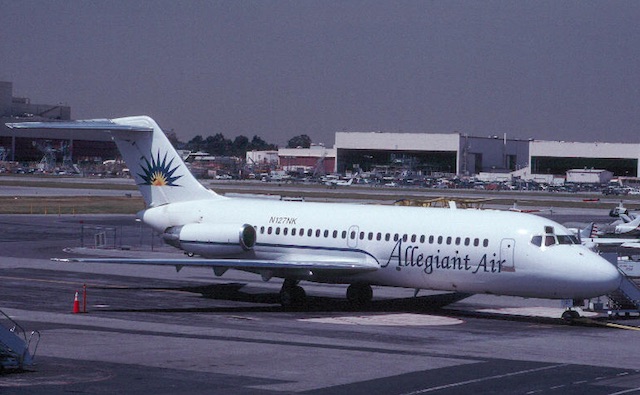 An Allegiant DC-9, which once formed the core of the airline's fleet before the MD-80s. Allegiant retired its last DC-9 in 2002.

Allegiant's move to an all-A320 fleet is helping to improve the airline's reliability and cut down on irregular operations, says Allegiant's vice-president of maintenance Chris Toro. This is a far cry from recent years, when the airline had struggled with operational reliability issues related to the ageing MD-80 fleet and pilot availability.

In 2016, then-chief operating officer Jude Bricker publicly acknowledged that the airline's completion factor that summer was "awful", saying: “We ran out of planes that weren’t broken."

Latest US Department of Transportation (DOT) data shows that Allegiant cancelled around 0.2% of its flights in August, although the airline has a smaller pool of flights compared with its peers. It is the second smallest carrier in terms of scheduled flights to report its operational statistics to the DOT. Delta Air Lines, which operates more than 10 times the number of flights in Allegiant's schedule, reported a similar cancellation rate in August.

Allegiant's remaining MD-80s have an average age of just under 29 years, Flight Fleets Analyzer shows. In comparison, its A320 family fleet averages under 13 years. 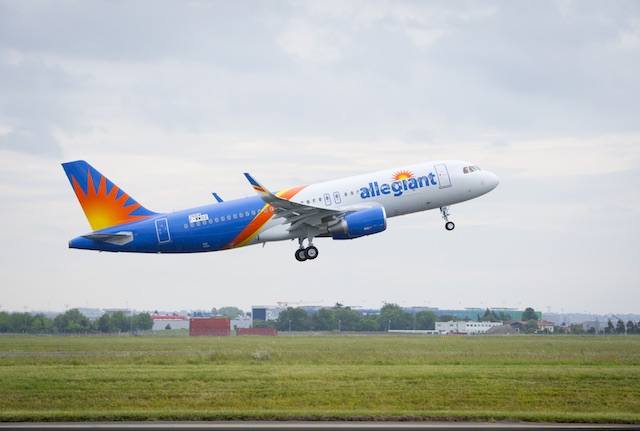 Switching over to an all-A320 family fleet has also allowed the airline to utilise Airbus' Skywise platform, which provides data that allow the carrier to better predict when maintenance is required.

"We would know that a system is degrading at a rate that needs attention, that will get us to be able to do maintenance overnight, rather than have a system failure and causing an irregular operation," says Toro.

The ability to carry out sophisticated predictive maintenance was non-existent on the MD-80s. "It was purely prognostic," says Toro. The airline was forced to focus on averaging historical data and working out maintenance intervals from there.

"There are some parts where you end up losing early, costing yourself a lot of money. And there are the ones you didn't anticipate [to fail], which cause a lot of irregular operations," says Toro. "The MD-80s don't have that technological capacity."

Allegiant is getting out of the MD-80s as airlines continue to struggle with the price of aircraft fuel. Wells says the airline sees a drop of 25-33% in terms of gallons of fuel burned per hour on the A320s compared with the MD-80s.

"The fuel savings on the A320 relative to the MDs are magnificent," he says. "The efficiencies we gained there help drive some of the red-eye and utilisation decisions that stem purely from economic benefit."

The carrier resumed red-eye flights last month – a move that it says will not work quite as well with an all MD-80 fleet, which would have required more overnight maintenance time. Allegiant operates the overnight flights from Las Vegas to Appleton (Wisconsin) and South Bend (Indiana).

Allegiant's managing director of planning Kristen Schilling-Gonzales says the red-eye flying is a pilot programme for Allegiant. "If they are still doing well revenue-wise and we are still making profits on all of them, we will continue doing so," she says.

The A320 will also allow the airline to add service at airports that the MD-80 could not operate at, such as Ogdensburg (New York), she adds. "They did a bunch of runway construction a couple of years ago, and the MD-80 doesn't have the take-off performance to get out of that airport." 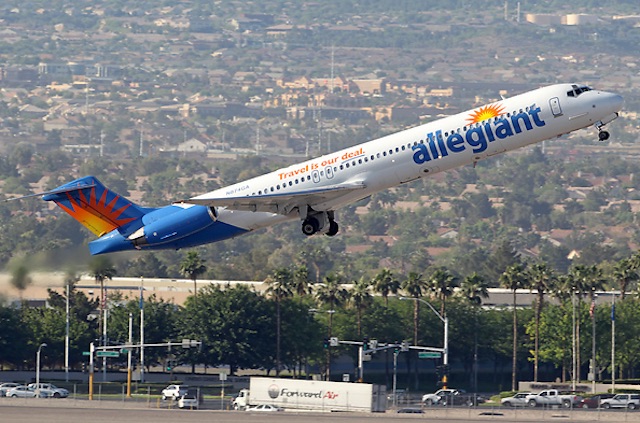 On the scheduling front, operating a mix of A319s and A320s gives the carrier more flexibility in allocating aircraft with the right gauge to better meet demand. The airline's A320s are configured with 177 or 186 seats, while the A319s have 156 seats on board.

Allegiant's drawdown of the MD-80s will end a years-long transition period in which the airline juggled the two fleet types. Since June, the airline has kept most of the remaining MD-80s stationed at Orlando Sanford, to isolate the fleet complexity to a part of its network.

The airline says it is withdrawing the MD-80s before the next travel peak in Christmas, to ensure that pilots get through the training pipeline in time to operate the A320 family aircraft for the spring travel season beginning in March 2019.

"We are slowly but surely getting them through the pilot training pipeline next year, and we will grow into that number and gain that efficiencies in the back half of 2019 and early 2020," says Wells.

The accelerated retirement of the MD-80s was not without its challenges. For one, Allegiant experienced delays in receiving some of its purchased A320s, forcing the carrier to end 2018 with fewer aircraft than previously expected. It will close 2018 with 76 aircraft, or six fewer aircraft than earlier planned.

"Getting the technicians trained to be able to accept all the Airbuses at all our bases instead of some, transitioning the parts and the tooling we needed everywhere, that was a big hurdle to jump over," says Toro. "But the complication was readily handled, it was just understanding which bases were opening when, when the aircraft will start operating that city, and then starting the operation."

The airline says it takes about 35 to 40 days on average to induct an A320 family aircraft into service after it takes possession of it.

With weeks to go before the airline can finally call itself an all-A320 family operator, the ULCC is looking forward to the end of the heavy lifting that comes with a fleet-wide transition.

"I have to give real credit to our induction team," says Wells. "They took on aircraft at a rate that the airline has never had before. It was a lot of stress on that team, but they handled it incredibly well."