FIA Connect: an air show but not as we know it

In around a week’s time, much of the world’s industry should have been on course for a Hampshire airfield for the biggest aerospace gathering of the year. Among the hot topics at the 2020 Farnborough air show would have been the Boeing 737 Max’s return to service, progress on the UK-led Tempest combat aircraft project and the challenges of ramping up single-aisle production to meet soaring demand, as well as the usual flurry of surprise aircraft orders. 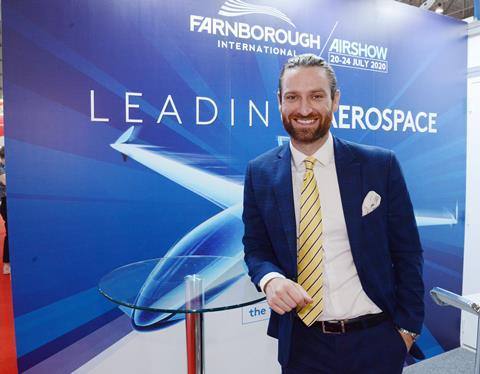 But the show, like every other face-to-face event this side of October, is, of course, not happening, after falling victim to the coronavirus crisis in March. However, the sector will still have a chance to meet this summer – albeit virtually – with the launch of FIA Connect, taking place during what would have been the 20-24 July show week. And, while the pandemic has changed every aspect of the industry, many of the talking points will be the same – even if aircraft orders are likely to be in short supply.

Preparations for the original air show were well under way even as the coronavirus outbreak began to wreak havoc beyond China. By early March, contractors were preparing the site for the arrival of hundreds of exhibitors and thousands of trade visitors. Almost every hotel room within a 6 mile (10km) radius would have been booked, and indications were that the slimmed-down show – the first without a public weekend – was going to be a success.

However, as March went on, signs were growing that coronavirus was going to have a devastating effect on the industry calendar. Countries were banning flights in and out of China, and the Singapore air show in February became the first casualty of a domino effect of event cancellations. Although the Southeast Asian event limped ahead, almost half of its major exhibitors pulled out at short notice and visitor numbers were depleted.

The news that Farnborough 2020 would join a growing list of axed air shows and conventions came just days before the UK followed much of Europe by entering lockdown on 23 March. By then, with infection rates spiralling daily, hopes were vanishing fast that the impact of the outbreak could be short and contained.

When your business is largely based around delivering a biennial show, its cancellation at short notice is inevitably going to be, as Farnborough International itself said in its announcement at the time, “a major shock”. The organiser has since been in delicate negotiations with many of its exhibitors over refunds for deposits, and says that, while most are “understandably frustrated”, they have been supportive of plans for a virtual replacement.

In late May, Farnborough International confirmed plans for FIA Connect, as a “platform to connect the global aerospace industry” and hosted on its own Farnborough International News Network web site. Comprising a series of free-to-attend conferences, the five days also include a “meet the buyer” opportunity, and a virtual version of Farnborough Friday, a day designed to offer careers advice and inspiration to young people, originally to have been held on site.

As official media partner, FlightGlobal is staging three live webinars during the week, on Europe’s future combat aircraft requirements, next-generation airliners, and disruptive propulsion from electrics to supersonic power. Moderated by FlightGlobal editors, they are free to attend, although delegate places are limited. FlightGlobal will also be providing its own independent coverage of FIA Connect via a dedicated hub that goes live on 15 July.

FIA Connect – which will include updates, announcements and sessions from several of the show’s most prominent regular exhibitors – will help generate a “conversation among the industry that will point to how we can come back from the pandemic”, believes Farnborough International’s aerospace sales director, Joe Muir. “It will be a focal point for recovery.”

Muir admits that a “virtual” air show – without a flying or static display, chalets or exhibition halls, or indeed the social interaction – will be a new experience for most. However, Farnborough is “such a staple of the aerospace calendar” that regular attendees, many of whom are home-working and well used by now to the daily rhythm of online meetings, will be happy to tune in, he says.

Time differences will mean visitors connecting from around the world, rather than meeting in one place as would be the case with a face-to-face event. However, Muir says that because Farnborough’s own sessions are pre-recorded and available for download, this will be less of a challenge.

Although there will be an e-commerce “meet the buyer” element – a piece of “intelligent match-making” software that helps connect vendors with potential customers – Farnborough International rejected a “virtual exhibition” model, which Muir says would have entailed exhibitors “sitting on their computers all day. We didn’t think that was right for us.”

With support from the UK government and industry trade body ADS, involvement from major industry players is “snowballing as the event gets closer”, says Muir. “Content is key to this, both in terms of the topics and the seniority of panelists,” he adds. “We have real thought leaders and this will be the driving force for audience engagement.”