The coalition air strike campaign to defeat Islamic State militants in Iraq and Syria will only be successful in containing the spread of extremism in the region, but more has to be done if it aims to defeat it, the International Institute for Strategic Studies has said.

Contrary to suggestions that the air campaign has failed, the IISS says that while this is not the case, an air campaign alone will not defeat the hybrid IS threat, which consists of both army and insurgency/terrorist traits.

“Since launching an air campaign against ISIS in August 2014, the US-led Operation Inherent Resolve has met with mixed results in both Iraq and Syria,” IISS director-general and chief executive John Chipman said at the launch of the institute’s Military Balance 2015 publication.

“The strategy of giving extended air support to local allies has certainly played a part in breaking the strategic momentum that ISIS created through the summer of 2014.”

However, the Kurdish Peshmerga, Iraqi army, Free Syrian Army and supporting US allies on the ground are not sufficient enough to win “sustainable victories against ISIS”.

“Air power has broken the momentum of Islamic State and limited its expansion, but it is clearly limited,” adds Toby Dodge, consulting senior fellow for the Middle East at IISS. “Beyond that a reliance on proxies on the ground – Peshmerga and the Iraqi military primarily – is not going to deliver any major defeats against ISIS.

“So if this is a policy of containment, we can argue that it will work, but if it is a policy of roll-back, it is not sustainable in its current form.” 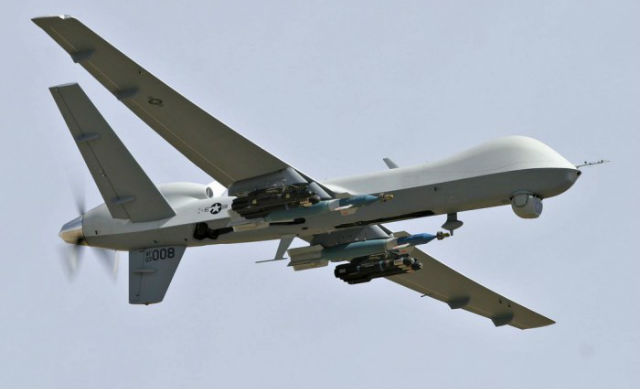 Chipman adds that an upcoming effort to retake Mosul – Iraq’s second largest city – will be a decider in whether or not US President Barack Obama’s strategy of giving support to these proxy forces on the ground can not just contain, but also defeat, IS.

A whole government approach is required in order to provide sustainable peace in the region and gain a strategic defeat, he adds.

Meanwhile, IISS adds that the coalition air strikes are both being led and primarily delivered by the USA at present, but the USA admitted in January that the total gains made against IS in Iraq totalled only 1% of the territory it holds in that country.

Dodge adds that while regional support by nations such as Jordan and Saudi Arabia was originally more for propaganda reasons than strategic ones, this has altered slightly following the killing of a Jordanian air force pilot by IS in February and the consequent ramp-up of Jordan’s involvement in the mission.