Arab aircraft reportedly shot down over Syria by Islamic State

An Arab jet that had reportedly been carrying out air strikes against Islamic State militants in Syria is believed to have been shot down by the terrorist organisation, a human rights monitoring group has reported.

The Syrian Observatory for Human Rights reported on 24 December that IS militants arrested the pilot of an Arab plane after shooting down his jet with an anti-aircraft missile.

“IS militants have arrested a pilot Arab national, where they shot down his warplane by an anti-aircraft missile near the city of al-Raqqa,” the campaign group says on its website.

Further details as to the nationality of the pilot and aircraft are unknown, although speculation from other news sources claims the pilot is Jordanian. 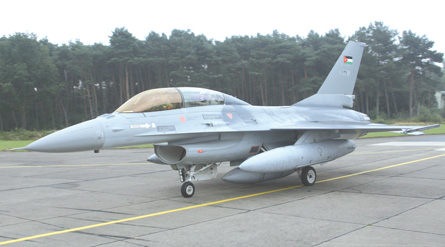 Five Arab nations are involved in the US-led air strike coalition against IS – Bahrain, Jordan, Qatar, Saudi Arabia and the United Arab Emirates.

The air campaign involving the USA and its Arab partners began in Iraq with the support of its government, but stretched out over Syria in September as the terrorist group increased its presence in the region.