Aero Vodochody is in early negotiations to provide its L-159 light-attack aircraft to Argentina, after the company officially re-established its manufacturing of the type following a 13-year production hiatus.

The Czech Republic company produced one twin-seat L-159 in 2016 to fulfil an order for Iraq, and as a result is now ready to accept more new orders for the aircraft. It is eyeing Argentina and Iraq for further sales, as well as its home nation air force.

Baghdad required a fleet of 10 single-seat and two twin-seat variants, an order that was originally supposed to comprise a mix of former Czech air force-operated aircraft and others that Aero Vodochody had in storage after Prague modified its original 72-strong L-159 order. However, these stocks were short by one twin-seat example, so a new aircraft was produced. This was officially handed over to Iraq on 31 December 2016.

The Iraqi aircraft had been flown for the first time earlier the same month, and remains in the Czech Republic along with the other twin-seat example, to support the training of Iraqi pilots. The aircraft will be delivered to Balad air base in Iraq in the second half of 2017, Aero Vodochody says. 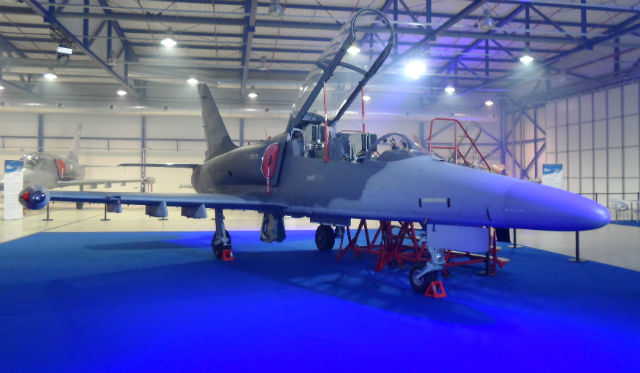 Giuseppe Giordo, Aero Vodochody’s chief executive, said at the event: “Argentina has the need to replace its current assets. The second need is to have a better aeronautical industry in-country. I believe by offering the L-159 we can help in these two ways.”

While the possibility of transferring manufacturing to Argentina would be dependent on the numbers ordered, Giordo says the company is open to discussions. “If the number will justify it, we can replicate the production line [there],” he notes.

Iraq could potentially purchase further examples – it has 12 L-159s, but its squadrons are typically made up of 18 aircraft – and the Czech Republic could acquire more new-build variants for training.

Meanwhile, private operator Draken International is using re-sold Czech and Aero Vodochody-owned L-159s for aggressor training, and is expecting the final seven units from a 21-strong order to be transferred later this year.

In addition to restarting production, Aero Vodochody is to modify the single-engined type, with enhancements to include the addition of a wet wing, which will increase flight endurance by 1h to 2h 40min. Intended as a standard feature for further sales, the modification has already been certificated. The company is also exploring a strengthened aircraft structure and the integration of a new radar, radar warning receiver and additional weapons, including Israeli-manufactured products.

Aero Vodochody is also preparing for a second round of testing with a new-build L-39NG, after flying a retrofitted example last year. 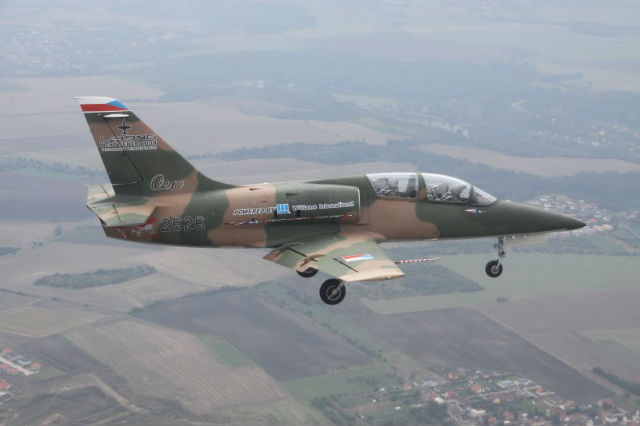 Giordo says a critical design review for the updated trainer – which is powered by a Williams International FJ44-4M engine and features a Genesys Aerosystems avionics suite – has been completed. These core features will be certificated at the end of this year, at which point the upgrade will be available as a retrofit option for existing L-39 customers.

Updated examples could be delivered from early 2018, and new-build aircraft will follow from late 2019, Giordo says. Further additions include a wet wing, which extends endurance to 4h, and Martin-Baker ejection seats. Aero Vodochody says customers can later re-use the avionics and engines purchased for fleet retrofits in new aircraft, if desired.

The Czech manufacturer is eyeing operators of the Eurofighter Typhoon and Saab Gripen as possible L-39NG customers, noting that the type could be an alternative to using their combat aircraft for training. Potential candidates include Austria, the Czech Republic and Hungary.

“It is an aircraft that is affordable for a significant number of countries,” says Massimo Ghione, chief business officer at Aero Vodochody. The company is talking to 20 potential customers for the NG, he adds, of which half are existing L-39 operators. It also is in discussion with Prague regarding a potential purchase of the L-39NG to equip a proposed international training school in the country.