The US Army has awarded technology investment agreement deals to four bidders under the Joint Multi-Role (JMR) programme, which is meant to establish a future direction for the service's rotorcraft.

Designs put forward by AVX Aircraft, Karem Aircraft and teams comprised of Bell Helicopter/Lockheed Martin and Boeing/Sikorsky will build and fly technology demonstrators from 2017. These will gather data in advance of the army's Future Vertical Lift (FVL) programme, which will seek to replace a large swath of military helicopters with aircraft capable of flying much longer ranges at significantly faster speeds than current platforms.

“We’re looking for a wide span; we’re looking at certain speeds and distances, and other factors," the army says. “We’re not developing a prototype for the next family of vehicles, we’re developing technologies and interfaces and things along those lines. Some of them are a little further than others in the design phase.” 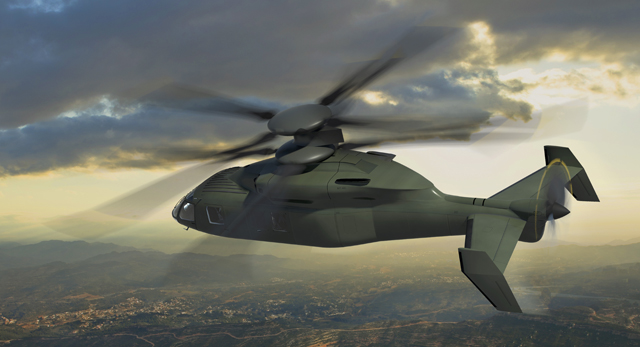 AVX’s JMR concept includes the use of counter-rotating rotors to provide vertical lift and two pusher fans for forward movement, while Karem Aircraft is offering a tiltrotor design with optimum-speed rotors.

Bell and Lockheed are promoting the V-280 Valor tiltrotor, drawing on the former’s lessons learned from developing the US military’s Bell Boeing V-22 Osprey, while the Boeing/Sikorsky team’s concept also uses counter-rotating co-axial rotors and a pusher system, like that used on the former’s self-funded X-2 high-speed demonstrator. 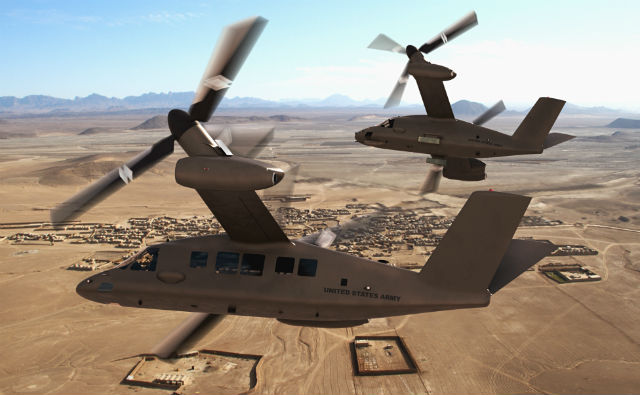