Background to Germanwings A320 accident

There are few facts available about the 24 March Germanwings Airbus A320 crash in the French Alps, but it is an unusual event in that whatever precipitated the accident appears to have occurred in the cruise. In this case the cruise was a very brief period – less than 3min from levelling out at the top of climb to the beginning of the continuous descent to impact.

It is extremely rare for for a modern short-haul airliner to develop problems the crew cannot cope with during the cruise. By far the majority of serious accidents have their origins in, or occur during, approach and landing or take-off and climb.

Information from the Flightglobal Ascend Online database shows that, since the first A320 entered service in 1988, there have been 31 fatal accidents involving civilian jet airliners caused by circumstances arising during the cruise. Only two of these, including the Germanwings crash, involved A320 series aircraft. The other A320 cruise accident was also recent: the AirAsia Indonesia aircraft lost in stormy weather over the Java Sea on 28 December last year.

The most common causes of cruise phase accidents are encounters with unusual weather conditions and technical or structural failure. There have been seven losses in each of these two categories – but the technical issues were extremely varied, ranging from failure of aircraft pressurisation, engines, avionics, mechanical systems, and structural or component failure owing to metal fatigue. 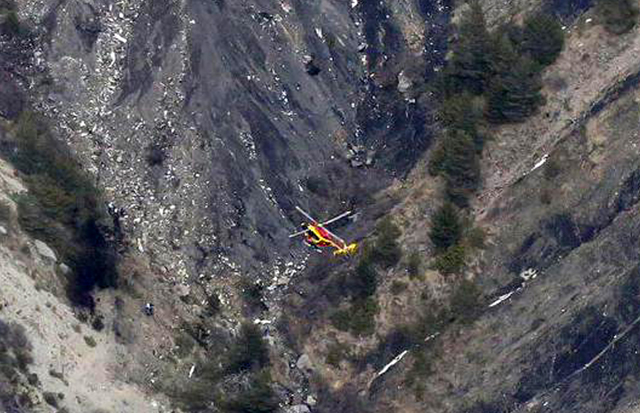 The second most common cause of losses was onboard fire (four events), and known or suspected pilot suicide (also four). The most recent incident in the latter category involved a Linhas Aereas de Mocambique Embraer 190 en route Maputo to Luanda in November 2013. When the co-pilot was out of the cockpit the captain locked the flightdeck door and carried out a controlled descent to impact. The cockpit voice recorder revealed the sound of the co-pilot beating on the door in an attempt to gain admittance.

Unforced crew errors resulted in three of the crashes, and there were two occurrences of mid-air collision and two shoot-downs – one of which was accidental and the other deliberate. There was one case of controlled flight into high terrain while en route.

Looking at cruise phase disasters going back well before 1988 – and this time including hostile acts – the Ascend Online database shows that a total of 46 Western-built jet airliners have crashed with the loss of all on board. Of these, 13 were caused by sabotage, two by hijacks and two were shot down.