BAE and Northrop developing self-protection suite for US gunship

Two industry heavyweights of electronic warfare have been chosen to equip special-mission Lockheed Martin AC-130J and MC-130Js with next-generation radio frequency countermeasures (RFCM) systems that can “detect, disrupt and defeat” anti-aircraft weapons, radars and other threats that use electromagnetic signals.

Those contracts are worth $22 million and $33 million respectively, but their total value is closer to $400 million each, if all eight follow-on contract options are exercised in the coming years. The first phase of project wraps up in November 2016, according to the government contract announcement.

This week, BAE trumpeted its selection, saying C-130Js equipped with its integrated RFCM system could “detect, identify, locate, deny, degrade, disrupt and defeat threats in the battlespace and beyond a pilot’s line of sight”. The system's exact range and specifications are closely guarded, but it is essentially an electronic warfare system designed to protect large transports like the C-130J from fixed and relocatable enemy air defenses. 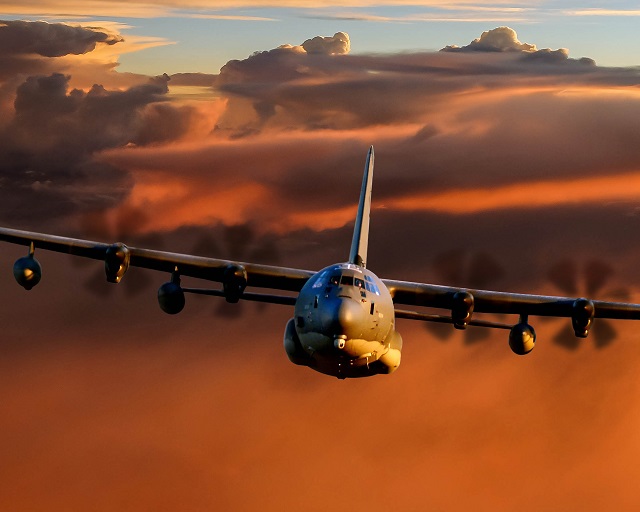 “This award is a significant milestone as it not only builds on our strong electronic warfare legacy, but also extends our proven electronic warfare capability to a large platform aircraft,” says Brian Walters, VP and general manager of Electronic Combat Solutions at BAE. “Our all-digital RFCM system will ensure the mission-critical C-130J fleet remains capable and protected in the harshest environments.”

Northrop also highlighted the merits of its RFCM solution this week, saying an open architecture approach allows the company to build on today’s technology and “grow to a multi-spectral, multi-function capability for the future”.

“This approach is a subtle, yet important characteristic of our offering that protects our customer's investment in their initial RFCM system procurement while positioning AC/MC-130 gunships for the complex battlespace of the immediate future,” says Jeff Palombo, VP and general manager of Northrop’s land and self-protection systems division.

Assigned to US Special Operations Command, the Commando II conducts low-level refuelling of rotorcraft on clandestine missions, and once deployed the Ghostrider will provide armed overwatch with its down-facing 30mm and 105mm cannons and precision-guided missiles and rockets.

Both C-130J variants are being outfitted with an array of survivability equipment to operate safely in contested environments, including radar warning receivers and laser-based “LAIRCM” infrared countermeasure systems.

“The advanced [RFCM] system will significantly enhance the electronic threat protection capability of the C-130J, increasing the aircraft’s ability to detect and defeat both surface and airborne threats in signal-dense and highly contested environments,” says BAE.

The air force wants 37 operational MC-130Js by 2017, and 32 AC-130Js should be on the ramp by 2021. USAF finalised a multiyear C-130J procurement contract with Lockheed last week. One AC-130J has already been destroyed in a testing mishap, and another is at Hurlburt Field in Florida for operational testing.

Legacy gunships have a significant role in combat operations against the so-called Islamic State terrorist group in Iraq and Syria, and still provide close air support for US and local troops in Afghanistan. AC-130s recently assisted A-10 attack airplanes in destroying hundreds of oil trucks used by ISIS.