First flight of the Bell Helicopter 525 Relentless could fall slightly behind schedule, but the debut of the 505 JetRanger X is on track for the end of the year, chief executive John Garrison says.

Garrison’s update comes only two days after an executive of parent Textron told a conference hosted by Morgan Stanley that the 525 super-medium helicopter was on track for a scheduled first flight by the end of the year.

Answering questions while touring the exhibit halls at the African Aerospace and Defence airshow near Johannesburg, South Africa, Garrison said a delay is now more likely.

However, Garrison says there is not a specific issue that is holding up the final phase of assembly. “It’s just getting 6,000 parts all in the same place,” he says. 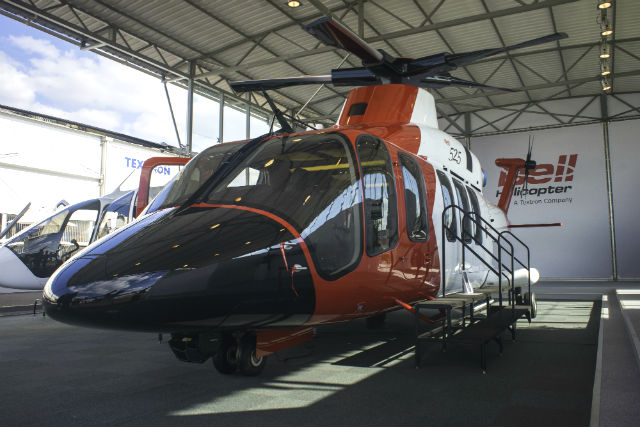 Bell has kept the progress of the 525 tightly under wraps during the development phase, releasing no pictures showing the aircraft or major components in assembly. A mockup, however, has made the rounds of the major international airshows, showing customers the unique features of Bell's largest commercial product.

The 525 is Bell’s first commercial helicopter to seek certification with fly-by-wire flight controls, leveraging technology developed for the Bell Boeing V-22 Osprey tiltrotor. It also the first helicopter to integrate the Garmin G5000H cockpit, which Bell has adapted and rebranded for the 525 as the ARC Horizon system.

The 505, which was unveiled at the Paris airshow in 2013, is scheduled to enter service in the fourth quarter of 2015.