Bell and Lockheed modify V-280 contract ahead of Sikorsky takeover

Lockheed Martin’s pending acquisition of Sikorsky has caused some contractual changes between Lockheed and Bell Helicopter for V-280 Valor development to ensure there is no cross pollination with its competitor, the Boeing-Sikorsky SB-1 Defiant.

Bell president and chief executive John Garrison says Lockheed continues to be a good partner on the programme and already follows many of the firewalling policies now solidified in the contract.

Bell and Lockheed have been partnered on the V-280 since 2013, with first flight under the US Army’s Joint Multi-Role Technology Demonstration (JMR-TD) programme planned for September 2017. Lockheed is developing the third-generation tiltrotor aircraft’s mission system, and its $9 billion acquisition of Sikorsky will place it on the opposing SB-1 team with Boeing.

Textron chief executive Scott Donnelly and Lockheed head Marillyn Hewson are said to have discussed the issue when the acquisition was announced in July, and the two sides have appear to have resolved any competing interests.

"Lockheed called me and said, ‘this is the world we operate in. We can put in firewalls. We compete on some programmes and cooperate on others,’” Garrison said at the Association of the United States Army (AUSA) conference in Washington this week. “We actually had a contractual change, and they’ve committed to a lot of things they were in fact doing as part of the programme. Lockheed has been a great teammate and done everything we’ve asked, plus – and we believe they’ll continue to do that.” 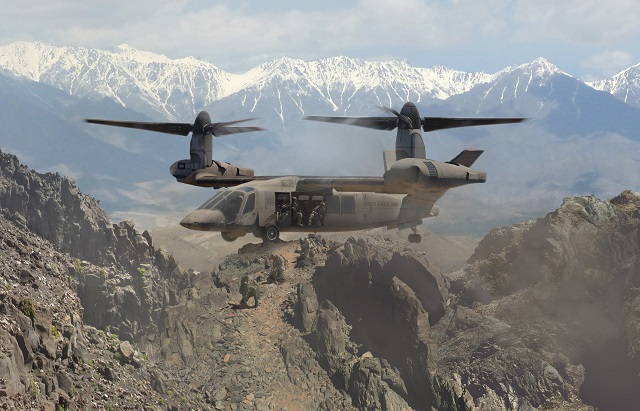 Bell believes the V-280 could be delivered to military users seven to 10 years ahead of that schedule.

Spirit AeroSystems delivered the first composite fuselage to Bell’s Amarillo plant in September, and the GKN Aerospace V-tail aerostructure is due to arrive for mating in 2016.

Garrison says his preferred time line would place IOC in 2026 or 2027, and the engineering and manufacturing development phase should begin soon after the first flight.

“We don’t need to do another five- or 10-year technology development phase as we go forward,” he says. “There’s an absolute need for this capability and we can move faster than the current acquisition process is playing out.”

Boeing and Sikorsky have expressed a similar sentiment on their side.

Garrison says for every $1 being spent by the US government on the JMR-TD endeavour, industry is spending approximately $4. He says that level of investment from the V-280 team’s 11 industry participants is unsustainable and the US Army will eventually need to contribute more. 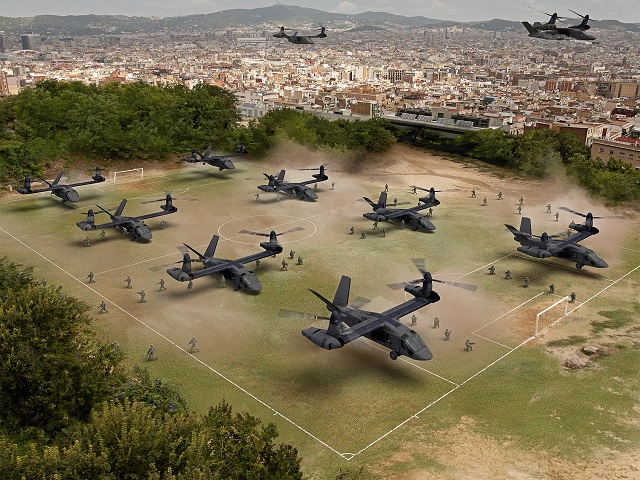