The first engineering and manufacturing development aircraft of Boeing’s KC-46 tanker programme has completed its first airworthiness flight equipped with an aerial refuelling boom and wing air refuelling pods with a 4.3h flight from Boeing Field to Paine Field in Washington state.

The flight was a major milestone for the US Air Force tanker development programme as it is the first time the 767-2C aircraft has flown with aerial refuelling equipment, although the true test will come this summer when the first full-up KC-46A test aircraft known as EMD-2 conducts its first flight and then later refuelling tests with other military aircraft. Those flights will inform a milestone C decision that concludes the development phase. 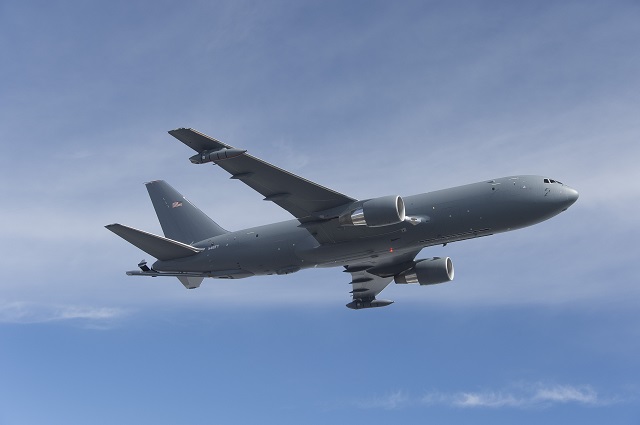 Boeing KC-46 spokesman Chick Ramey says the flight on June 2 supports US Federal Aviation Administration type certification of the 767-2C. The aircraft, called EMD-1, will now undergo a series of ground tests before returning to skies to run through an expanded flight envelope.

“They’ll expand the flight envelope, basically clearing the flight envelope for our tanker operations – so they’ll increase the speed, increase the altitude, and those type of things. That will all occur before the first tanker flight, EMD-2, later this summer. It’s for the FAA certification but it also leads into and prepares for that first tanker flight. It’s a progression.” 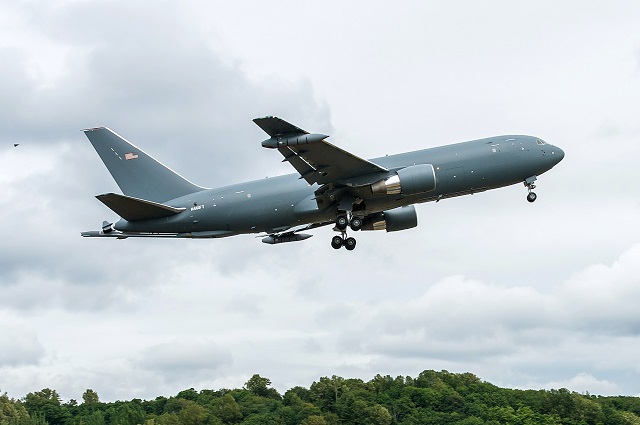 The EMD-1 aircraft resumed flight testing last week, without the refuelling equipment, for the first time since December. Ramey says those flights were successful, and by all accounts the June 2 run with the boom and wing pods known as WARPs “went very well”.

Ramey says the boom and wing hose-and-drogue systems were not functional for the flight, since those tests will occur “down the road” with the KC-46A test tanker. “Eventually with EMD-2, they’ll do the refuelling flights where the other military aircraft will come in and it’ll pass gas.”

The company expects to trial each of the four engineering and manufacturing development aircraft, two 767-2Cs and two KC-46As, this year. Eighteen tankers are due by 2017 and the total air force procurement is for 176 tankers to eventually relieve the long-suffering Boeing KC-135 Stratotanker. The company also hopes to secure its first international customer, with an active South Korean tanker competition being the first major opportunity. 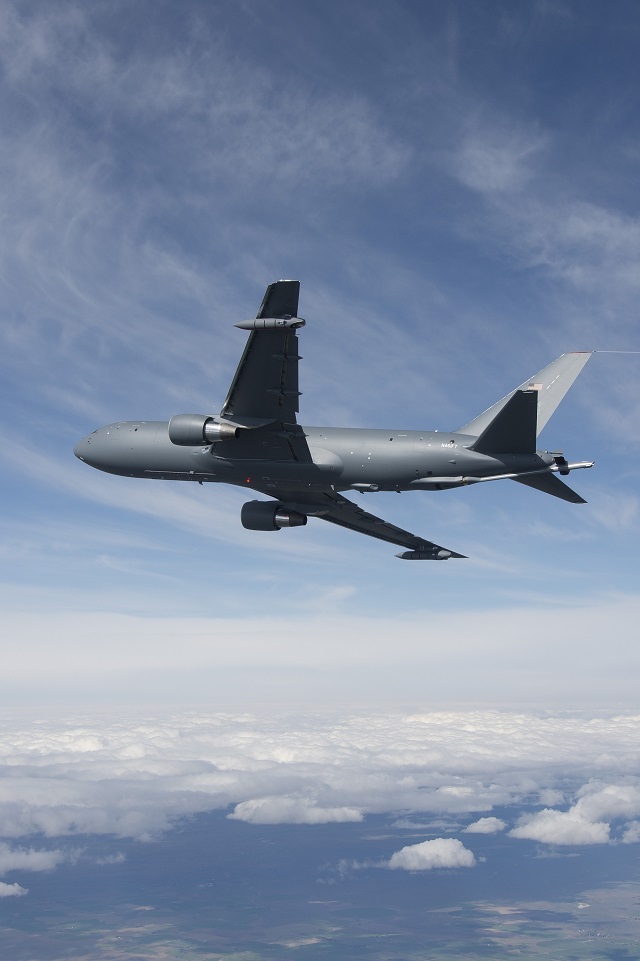