Boeing completed a 787 ferry flight between Fort Worth Meacham International airport to Paine Field in Everett, Washington, at 10:56 local time, according to FlightAware. 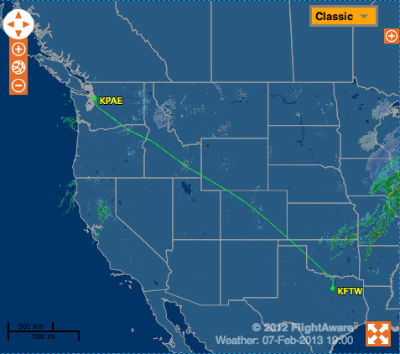 The ferry flight marks the first time a 787 has flown since the fleet was grounded on 16 January after two battery failures. The aircraft was grounded at Boeing's painting vendor.