A Boeing 787 flew today for the first time since 11 February and only the second time since the fleet was grounded more than two months ago.

The 135min, functional check flight from Paine Field in Washington used a LOT-ordered 787 and included Boeing's improved battery and enclosure designs in the aft and forward electrical equipment bays.

But the flight test was limited by design to stop short of validating the design changes required to re-certificate the aircraft. 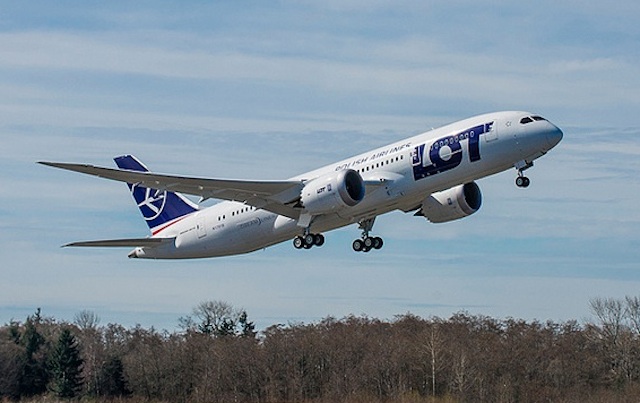 The US Federal Aviation Administration (FAA) must then decide whether to accept Boeing's redesigned battery and containment system.

The agency's approval would allow Boeing to begin the process of retrofitting the 787s already delivered to airlines, and allow the aircraft to return to commercial service for the first time since 16 January.

Commercial flights by airlines could follow the FAA's approval within weeks.

The return-to-flight process is continuing despite the lack of a definitive cause for the short-circuits within the cells that triggered a thermal chain reaction in two separate incidents.

The US National Transportation Safety Board has called for a public hearing on 23 April on using lithium-ion batteries as power sources on aircraft, even as its investigators continue to investigate the 7 January battery failure aboard a Japan Airlines 787 in Boston.

Boeing addressed the battery problem by improving the safety of the 787's existing lithium-ion batteries with three new layers of over-lapping protections.

To reduce the risk of a short-circuit appearing within the cells, Boeing improved the monitoring system for the batteries and strengthened the separation of flammable chemicals within and between each of the eight cells. To prevent a short-circuit from causing a fire, Boeing inserted the battery into an airtight, steel box. The box is vented directly outside the aircraft to swiftly remove any fumes or smoke, if the battery or box somehow malfunctions.