Boeing has announced it will end production of its C-17 strategic transport about three months earlier than anticipated.

The company announced last September that it was closing the Long Beach, California production line in late 2015. This has now been brought forward to mid-2015, “based on current market trends and the timing of expected orders”, Boeing says.

The manufacturer expects the termination to generate inventory-related charges of approximately $50 million, which will be recorded in the first quarter, as a result of bringing forward the closure date. 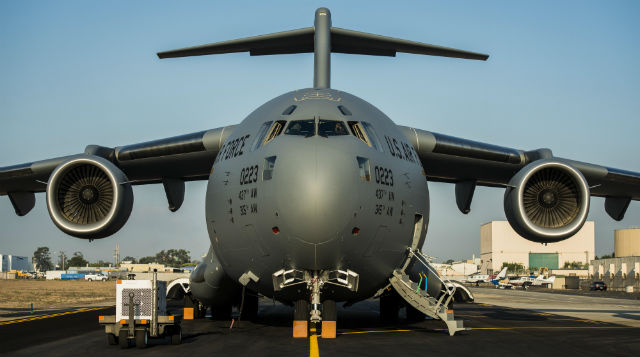 Boeing has delivered more than 260 C-17s since production of the four-engined airlifter began in the early 1990s. The US Air Force ordered 224 to replace about 285 Lockheed C-141 Starlifters.

It has also signed contracts with Australia (6), Canada (4), India (10), Kuwait (2), Qatar (4), the United Arab Emirates (6), the UK (8) and a coalition including NATO members, plus Finland and Sweden (3). One further example is listed as destined for an undisclosed customer by Flightglobal's Ascend Online database.

There are 12 aircraft in the production process as yet unsold, with India having options for six of these. Numerous nations, including existing C-17 operators, plus Algeria, Saudi Arabia and Singapore have previously been considered as potential buyers for the remaining aircraft.