Boeing upbeat despite KC-46 failings as Muilenburg takes the helm

Boeing president and chief executive Dennis Muilenburg did not mask his disappointment that the KC-46 tanker blemished what would have otherwise been a stellar performance by the company in the second quarter, both in the defence and commercial portfolios.

The company announced a $536 million after-tax charge earlier this week because of tanker development issues related to the integrated fuel system, which was the first piece of bad news Muilenburg has had to deliver to investors since taking over from Jim McNerney as CEO this month.

“The integrated fuel system is the last major system to undergo component qualification testing and no new technology is needed to resolve these issues, which are well defined and understood. But that in no way mitigates our disappointment in having to take this charge,” Muilenburg said in a 22 July earnings call.

“We remain confident in the long-term financial value of the tanker programme for our company, with potential market of up to 400 aircraft worth $80 billion.”

He says that the issues were discovered during recent ground and flight testing and changes must now be made to the first four development aircraft, although the tanker team remains committed to delivering 18 KC-46As to the US Air Force by 2017 as required under the fixed-price contract.

On the commercial side, revenue increased by 18% to $16.9 billion with a record 197 aircraft deliveries in the second quarter. Boeing Defense, Space and Security revenues ticked up $7.5 billion with the delivery of 54 aircraft and two satellites, plus strength in the services business.

The company has made progress with 777 sales, securing 44 firm commitment so far this year, keeping it on track to bridge a looming gap between 777 and 777X production as customers favour the newer model. Muilenburg says the 777 line is essentially “sold out” for 2016 and 50% booked for 2017. The company is now starting to look at orders for 2018 with a “strong demand signal” from the market.

“We know how to do this. We’ve built bridges on our other production lines, and we’ll make sure it’s done as efficiently as we can,” says Greg Smith, Boeing CFO and executive vice president of business development and strategy.

He says strategy has not changed in relation to the 777, and the sales teams still need to book 40 to 60 777 orders per year to smooth the transition to 777X, with the first aircraft entering final assembly in 2018. 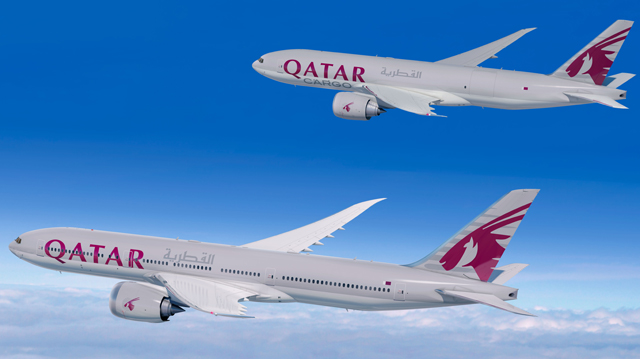 Smith also says the loss-making 787 programme is on track to become cash-positive in 2015, even though deferred production costs grew by $790 million in the second quarter to $27 billion.

“We continue to expect it to grow at a similar level next quarter before a healthy decline in growth in the fourth quarter,” he says. “On 787-8, we’ve seen a decline in unit cost of approximate 35% over the past 210 deliveries. Further, 787-9 unit cost declined 30% over first 34 aircraft delivered."

Production rates for the 787-8 and new -9 version are now balanced as the programme moves into full-rate production. Smith also expects higher levels of profitability from the -9 over the -8 as costs are driven out of assembly.

Boeing sees continued strong demand for the single-aisle 737 MAX and 767-200, particularly after an announcement by FedEx this week that it will buy 50 767s with an option for 50 more.

Smith says there is “upward pressure” on the 767 line, and the company is examining whether to increase rates beyond two aircraft per month in 2016 to accommodate the FedEx order and KC-46. “This is the largest single order in the history of the 767 programme,” he says of the FedEx deal.

Boeing Defense, Space and Security posted some big wins in the second quarter, with all but one C-17 Globemaster now sold and an international F-15 support contract extension.

NASA also put Boeing on contract for a human space flight mission as part of the commercial crew programme, and Congress has so far supported the purchase of 12 more F/A-18 Strike Eagles for the US Navy, potentially extending the line. 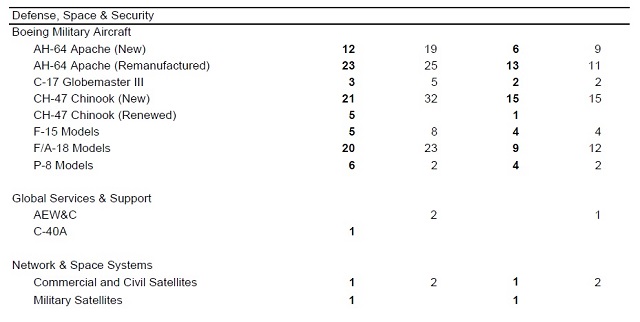