Bombardier has indefinitely postponed first flight of the Learjet 85 due a new systems problem discovered since 20 March.

The extended timeline adds to the already one-year delay for the midsize business jet programme and comes only days after Bombardier called off a first flight event due to bad weather.

A systems issue was found after the scheduled first flight on 20 March, says a Bombardier spokeswoman.

Now Bombardier is waiting for a software update, but is not setting a timeline for resolving the new problem, the spokeswoman says.

Bombardier has kept the status of the programme closely held since the first delay was announced last February.

That delay was blamed on unspecified challenges building the aircraft's all-composite fuselage.

Bombardier missed a third quarter deadline last year to achieve a rescheduled first flight, but rolled out a nearly completed aircraft in Wichita, Kansas, on the Eve of the NBAA convention last October. 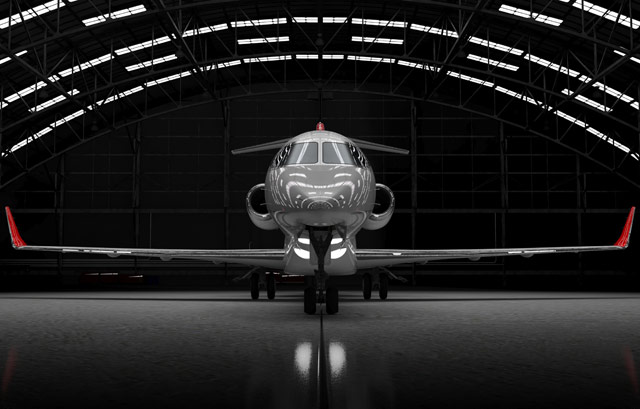 But the delays continued. As the new year dawned, Bombardier said the long-awaited first flight milestone would be achieved in the "coming weeks", invoking a phrase often heard in the delayed run-up to the first flight of the Bombardier CSeries aircraft.

The company had appeared to overcome the structural and supplier issues by late February, however. That was when the US Federal Aviation Administration granted the Learjet 85 a flight test permit.

Bombardier appeared to come very close to flying the aircraft finally on 20 March, the day of a high-profile meeting with the company's investors and analysts in New York. Hundreds of employees were invited to attend a first flight event for the Learjet 85 that morning in Wichita.

Guy Hachey, president of Bombardier commercial aircraft, said he was torn between attending the first flight or the investors day.

Even so, Hachey said that the Learjet 85's first flight was still imminent.