After more than two years, Boeing’s 787 Dreamliner has taken to the sky, marking the maiden sortie of the world’s first majority-composite jetliner.

Operating as Boeing 001 Experimental, ZA001 sped down runway 34L for its first take-off roll, marking the first time Boeing has flown a clean-sheet aircraft since the 777-200 first flew in June 1994 from the same spot.

The flight of the 787-8 comes 944 days after final assembly first began on the aircraft which is made up of more than 50% composite materials by weight.

Boeing’s flagship programme has witnessed extended delays, driven by the company’s struggles with its global supply chain, design changes, a machinists’ strike and, most recently, a structural weakness in the side-of-body of the aircraft. 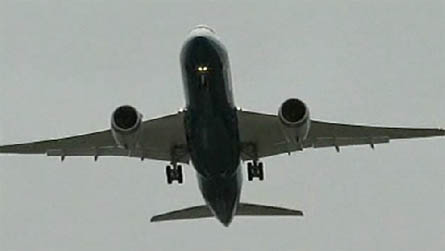 The airframer initially expected the 787 to fly in the third quarter of 2007.

Despite these troubles, the aircraft - which aims to deliver a 20% improvement in fuel-burn over its predecessor, the 767 - has sold more pre-first flight orders than any commercial aircraft in the company’s history. Boeing holds 840 firm orders from 56 customers.

Today’s event marks the start of the 3,100hr flight-test campaign in a certification regime which also includes 3,160hr in ground tests. 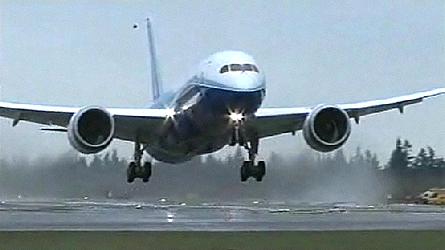 The aircraft, powered by twin Rolls-Royce Trent 1000 engines, rotated in front of a gathered crowd of more than 10,000 undeterred by the inclement weather.

Boeing expects to use the first flight of the 787 to test the handling characteristics and aerodynamic validation of the aircraft’s structure as part of establishing initial airworthiness that will ensure proper functionality.

ZA001 is expected to land at Boeing Field in Seattle, site of the company’s flight-test centre, after a three- to five-hour test flight over western Washington state.