The Israeli government will soon be called on to make a final decision on the nation's planned purchase of the Bell Boeing V-22 Osprey tiltrotor.

Defence minister Moshe Ya'alon wants to cancel the proposed deal, while the air force is pushing to sign up to the type, according to the contents of a letter of agreement with the USA.

Israel's Protective Edge operation in Gaza earlier this year has placed increased pressure on the nation’s defence budget. Demand for additional ground systems, like the Israeli-made Namer armoured personnel carrier, moved to the top of the defence ministry's acquisition list.

In January, the US Congress was notified of the Department of Defense's intention to sell six V-22s to Israel, following a lengthy evaluation by the Israeli air force, conducted with the US Marine Corps. The Israeli service hopes to introduce the type to supportspecial operations. 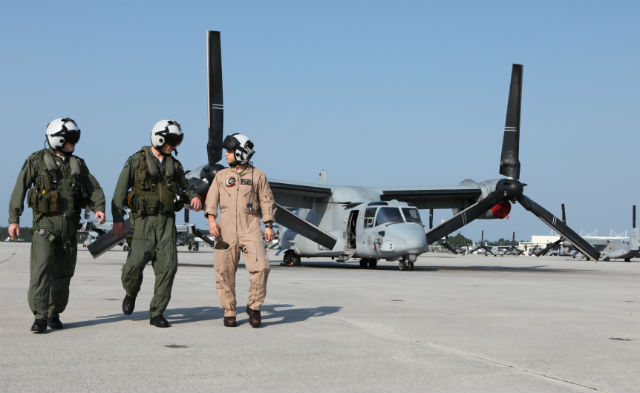 Speaking on 4 November, an Israeli source says the pressure to purchase additional ground systems for the Israeli defence forces has created a "situation that will lead to the cancellation or postponement" of the V-22 deal.

The source adds that a deadline contained in the existing letter of agreement can be changed to give the Israeli cabinet's defence committee more time to evaluate the issue again.