Supersonic business jet flight will happen in the next five years, will carry sustainable alternative jet fuel, and will fly in a noise envelope acceptable not just to regulators but also the public at large.

Supersonic business jet flight will happen in the next five years, will carry sustainable alternative jet fuel, and will fly in a noise envelope acceptable not just to regulators but also the public at large.

Those are the promises of Tom Vice – chief executive of Aerion, developer of the AS2 supersonic jet in partnership with Boeing and GE.

The absence of the traditional large Aerion booth at NBAA this year prompted speculation about the programme’s future, and at a Dassault press conference on the eve of the show Eric Trappier, Dassault’s chief executive, questioned whether supersonic travel was still viable. 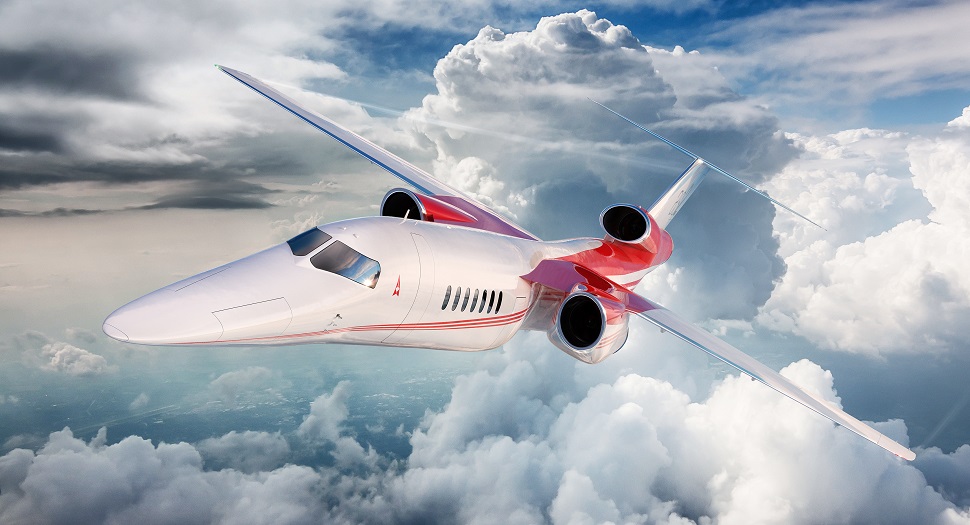 “We are often asked about it, but I would question: does it make sense?" he said. "Things have moved on, and we need to focus on less impact to the environment,” he said.

But Vice has a response to such scepticism. “We pride ourselves that we don't limit our thinking," he told FlightGlobal. "We try to ask better questions – and that is, how do we provide the world [with] time savings? How do we reduce friction in the amount of time it takes to travel? And how do we do it in a responsible way?"

“We intend from day one that every Aeron AS2 flight will be carbon neutral,” Vice adds. “I know it's a bold statement, but it goes back to designing an aircraft that has exquisite aerodynamics. We've worked with GE on an engine that has advanced fuel efficiencies – designed from scratch to accept 100% sustainable aviation fuels, not a 70-30 blend. That is a net carbon reduction of 80% right out of the box.”

The company believes it has solved the sonic boom issue by harnessing the atmospheric phenomenon known as Mach cut-off – “we call it the 'boomless cruise'”, Vice says – where the boom of breaking the sound barrier bounces up into the atmosphere, rather than down to the ground.

Now conducting wind tunnel testing, Aerion will soon be announcing a new facility where five test aircraft will be built in preparation for the Mach 1.6 design's first flight in 2024.

"There are doubters,” Vice admits. “But there's going to be a day in 2024 when a beautiful aeroplane takes off for the first time, and people will sit up and say, ‘I guess it is possible’.”

Vice says the industry has been slow to react to the need for speed and is ripe for disruption. “If you look at general aviation, this is a marketplace in which, over 50 years, it has only increased speed by 10%. I would argue you cannot find another technology that has had that lack of innovation over 50 years. And this is a market where customers buy general aviation aircraft because they want to save time, they want to reduce friction. But they haven't been offered the speed to reduce the amount of time they spend travelling until now.”

Aerion’s ambitions don’t stop at the business jet market, and it is tying its thinking closely to that of its Boeing partner.

“Boeing really sees the future in much the same way we do,” Vice says. “Boeing has a vision of where a supersonic to hypersonic plane would go. They see the future – not only around hydrocarbon change, but also around full electrification".

“We see a world in which we intend to build the next generation of high-speed transportation networks," Vice adds. "The way we're doing that is through high-speed flight, starting with supersonic and ultimately hypersonic. We have important principles that guide our thinking, guide the way that we build things, and guide the things that we do. We deeply believe that time is humanity's most precious resource.”

Vice points out there are number of entrepreneurs disrupting the business aviation industry, such as the urban air mobility and eVTOL concepts focused on 50nm (90km) journeys around a large city.

“There are others focused on 500 miles around a city – and then there's us working to 5,000 miles. We're all very focused. It is entrepreneurial, risk-taking companies that are going to really bring this future to humanity. We think very differently about connecting with these companies. We're connecting the dots around all of mobility.”