Ampaire charged with order for up to 100 Electric EELs

Ampaire has secured an order for 50 Electric EELs – an in-development hybrid-electric version of the Cessna 337 Skymaster piston-twin – from fellow US start-up Personal Airline Exchange (PAX), plus an option for a further 50 examples.

The on-demand per-seat charter company PAX says it will initially acquire a pair of baseline Cessna 337s, which will be sourced and revamped by Ampaire. The six-seat aircraft will begin commercial operations within six to eight months, around two years ahead of the planned certification and service entry of the EEL. 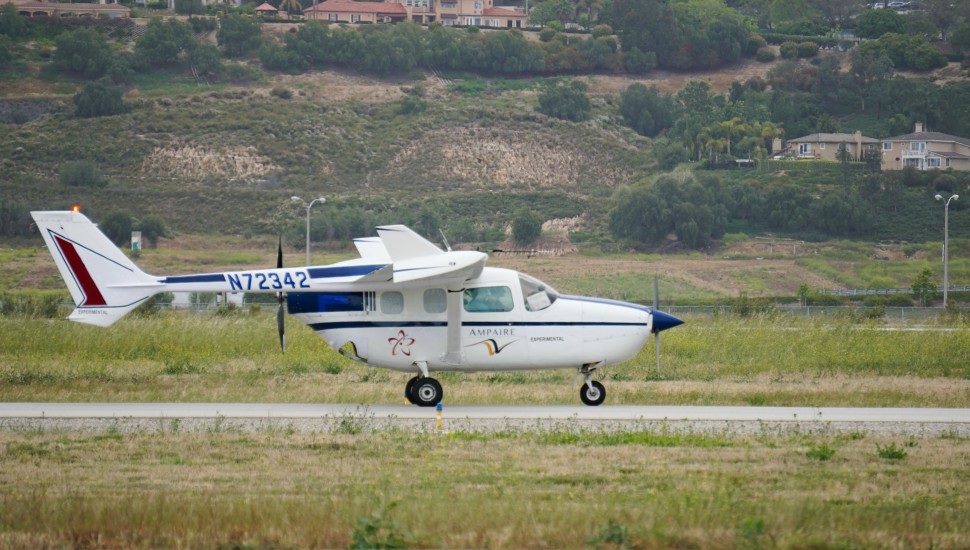 Los Angeles-headquartered Ampaire describes the name as a "hat-tip" to the original 337 designation "with the 3s as backward Es, and the 7 an upside down and mirrored L".

PAX chief executive Mike Azzarello describes his company as "a carrier that will offer an anywhere-to-anywhere service" at costs comparable with driving.

It describes the service, which will be piloted in southern California before being introduced nationwide, as a "true walk-on, walk-off service for point-to-point travel".

Ampaire’s EEL prototype made its first public sortie in early June, and has since logged 6h of testing, says product manager Brice Nzeukou. The EEL replaces the Cessna 337's rear Continental IO-360 piston engine with a "proprietary electric propulsion system", that uses a lightweight battery system for power. The forward combustion engine is as standard.

Nzeukou calls the Cessna 337 "a perfect testbed" because of its centreline thrust, push-pull configuration. "This allows differences in thrust to occur without creating any yawing; unlike when different types of powerplants are mounted on opposite wings of a conventional twin-engine aircraft," he says.

A second pre-production prototype will enter flight testing at the end of the year. This model will be slightly different to the first unit as the battery will be attached to the belly of the aircraft "and not inside the cabin", Nzeukou adds. 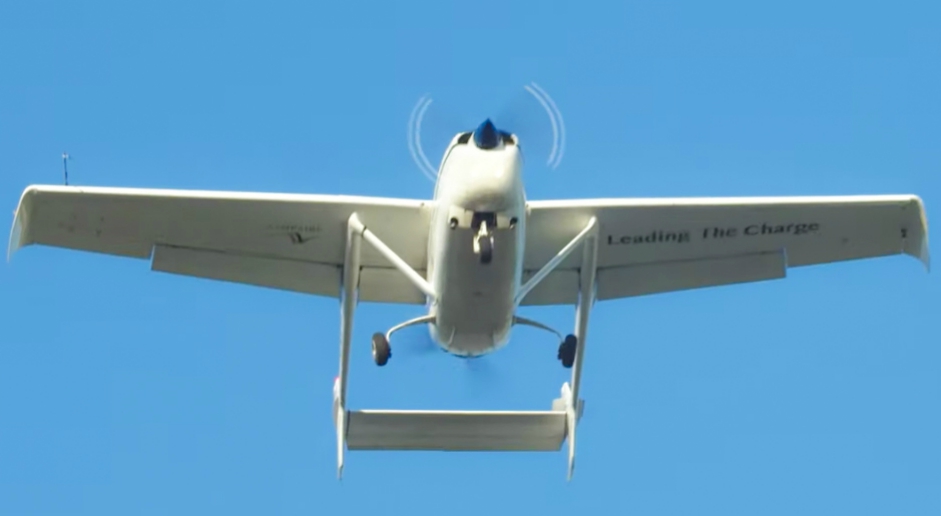 This example will be used in a pilot project involving Hawaiian regional carrier Mokulele Airlines. The EEL will be operated on a route connecting airports on Maui. Although the aircraft seats six, it will be limited to a pilot and two non-paying passengers during this "experimental phase", says Nzeukou.

Ampaire has secured a number of orders for the EEL to date, from undisclosed commercial operators, and is also marketing the aircraft to private owners and government departments. There is a large in-service fleet of some 2,500 Cessna 337s for the company to target, Nzeukou says. The aircraft was manufactured between 1965 and 1982.

The company's goal is to offer a range of single and twin-engined aircraft powered by its proprietary electric-propulsion system, he adds.