Dornier Seawings is preparing to take delivery at its site in Oberpfaffenhofen, Germany, of the first composite structures for its Seastar amphibian produced by Diamond Aircraft Industries (Canada) under an agreement signed earlier this year.

The Canadian airframer was appointed by Dornier to manufacture the fuselage, wings and flight control surfaces for the 12-seat, twin-engined turboprop, which was relaunched at the Singapore air show in February, 25 years after the programme was mothballed. 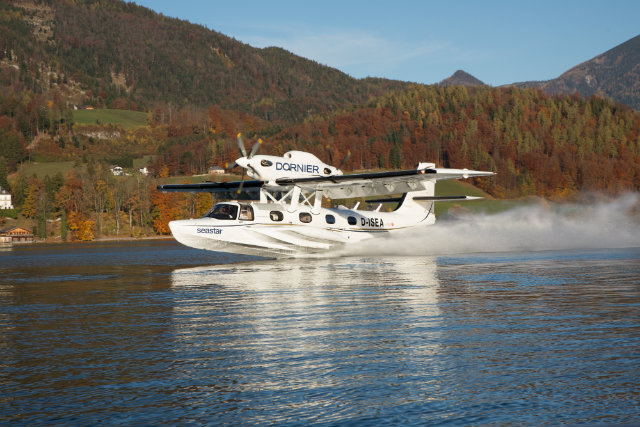 “From its base in London, Ontario, Diamond is building the major composite parts for the Seastar,” says Dornier Seawings chief executive Peter Hermle. "Structures for the first unit will begin arriving at our facility in Oberpfaffenhofen before the end of the year. We will then begin assembling the aircraft."

The new-generation Seastar is scheduled to roll out in June 2017 and perform its maiden sortie in the third quarter.

“The original Seastar was certificated by the US and Germany [in 1991],” says Hermle. “But as we have introduced a number of enhancements to the aircraft, we will need to secure amended type certification,” he adds.

The new features include a five-blade high-performance propeller, designed by MT; a Honeywell Primus Epic 2.0 glass flightdeck, and a landing gear, supplied by Sumitomo of Japan. “Many of the systems installed on the original aircraft are now obsolete, so we were forced to find alternatives,” says Hermle.

The Pratt & Whitney Canada PT6A-135A-powered Seastar was unveiled by Dornier in the early 1980s, but a shortage of funding forced the German company to halt production in 1991 before a single aircraft had been delivered. 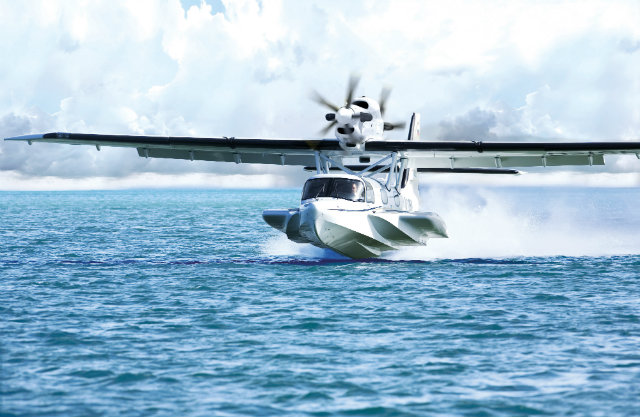 The programme was acquired in 2013 by Chinese companies Wuxi Industrial Development and Wuxi Communications Industry, although the Dornier family still retains a minority stake in the firm.

“We have retained the original Seastar prototype, which we use as a customer demonstrator,” says Hermle. “This has been really beneficial, as potential owners can physically see and experience the aircraft. Many are surprised at how large it is.”

Much of the demand for the $7.5 million Seastar is coming from VIP, commuter, corporate and sightseeing operators in North and South America and Southeast Asia, “where there are thousands of islands”.

Hermle says despite the strong interest in the Seastar, Dornier will not step up its marketing effort until the upgraded aircraft has begun flight testing. “We will then have a clearer idea of when we can start delivering to customers,” he says. “Our current plan is to secure European, US and Chinese type certification in 2018 and start delivering aircraft soon after.”

Dornier is now building a final assembly plant in Wuxi, eastern China, which will house series production of the Seastar.

“The facility will be the main manufacturing base and we hope to have it up and running by end of 2017,” says Hermle. “Oberpfaffenhofen will also produce Seastars, but in much smaller numbers,” he adds.