The Dutch transport minister has announced the purchase of a Boeing 737 business jet to replace an aged Fokker 70 that is currently used to transport members of the nation's Royal family and government officials.

Boeing will supply the airframe, while Fokker Technologies will provide the VIP interior. The aircraft will have a capacity of 24 passengers: the same as the Fokker 70 in current use. It will carry the registration PH-GOV.

A preliminary agreement has been signed, with a final contract expected to be finalised later this month. The purchase price is estimated at €92.7 million ($98.4 million), and delivery is anticipated in 2019.

One of the requirements for the new aircraft is that it should be able to reach all parts of the Kingdom of the Netherlands non-stop, including the Dutch Antilles in the Caribbean.

Four responses were received following the release of a public tender last year, but none met all criteria – leading the Netherlands to enter negotiations with Boeing over a BBJ acquisition.

Meanwhile, the Netherlands' current government aircraft has been sold to Australian Fokker 70 operator Alliance Airlines for €3.7 million. The sale price had been confidential, but was revealed following parliamentary questions about the BBJ acquisition. 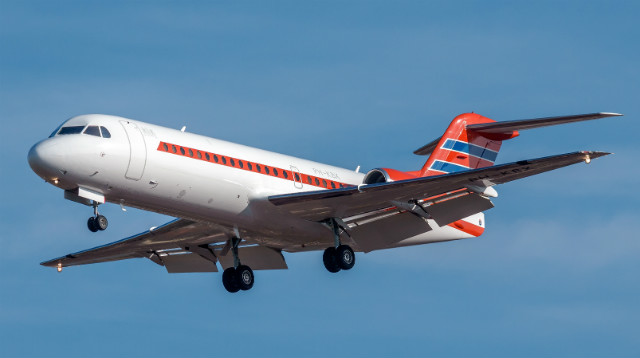 Flight Fleets Analyzer records the Rolls-Royce Tay-powered twinjet – PH-KBX – as having been built in 1995.

One of the pilots for the new VIP transport will be King Willem-Alexander, who also has flown the Fokker 70. He will commence type rating training on the 737 this year.